2006 by José Francisco Fernández-Sánchez | This text may be archived and redistributed both in electronic form and in hard copy, provided that the author and journal are properly cited and no fee is charged for access.

The first years of the 21st century have witnessed a remarkable increase in the number of scholarly publications in Spain related to Irish studies. It is not by chance that this period roughly coincides with the creation of AEDEI. The Spanish Association for Irish Studies has promoted Irish literature and culture in such a way that what previously constituted the commendable efforts of scholars working in isolation (with the exception of the Spanish James Joyce Association, with more than 15 years of continuous work) has now become a thriving field of studies. Universities such as Burgos, Barcelona, A Coruña and some others are centres for new projects and Ph.D. dissertations are read every year. The production of books on Irish themes has acquired a high level of specialisation too, as the selection of recent works included here will testify.

Still, there is plenty of work to be done. More provocative studies must be written (Inés Praga’s essay on the novel in Northern Ireland commented on here is undoubtedly an example to follow). More translations into Spanish and into other peninsular languages must be done. Manuela Palacios’ rendering of six Irish women poets into Galician in her book Pluriversos (Santiago: Follas Novas, 2003) is another example of a carefully edited bilingual volume. The year 2005 saw another edition of W. B. Yeats’s poetry, Antología Poética (Barcelona: Lumen), which is always good news, but other Irish authors perhaps not so popular among Spanish readers are waiting their turn. Recent works such as Elena Jaime’s translation of George Moore’s The Wild Goose (Almería: Servicio de Publicaciones de la Universidad, 2003) indicate that there are reasons for hope in this sense, despite the many shortcomings: In the year of Samuel Beckett’s centennial celebrations there are not many prospects of new publications on the “headmaster of the Writing as Agony school” as Martin Amis called him, and James Knowlson’s superb biography Damned to Fame. The Life of Samuel Beckett (London: Bloomsbury, 1996) still remains to be translated into Spanish.

In any case, the seeds have been sown for a promising future of forthcoming publications on Irish subjects in Spain. Those commented on below will not disappoint the interested reader. 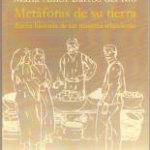 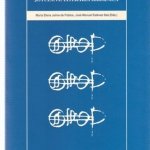 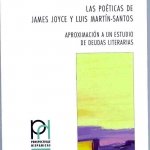 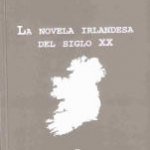