2006 by David Pierce | This text may be archived and redistributed both in electronic form and in hard copy, provided that the author and journal are properly cited and no fee is charged for access.

For Issue 1 of Estudios Irlandeses we have kept the number of reviews limited to a half-dozen. In future issues we hope to expand this number and provide more substantial space in keeping with the ambitions of an internet journal for the contemporary world. Input and feedback would be much appreciated at this stage, and let me say we have begun receiving books from authors and publishers.

My primary concern for this issue was to ensure that reviewers were a mix of acknowledged scholars drawn from across Europe and the wider world as well as younger scholars learning the trade. The titles chosen for review also reflect what one expects to be reviewed as well as less familiar works. In this way, readers can deepen or extend their understanding of what is currently being written in a context that resists too much stress on hierarchies or established order. Irish studies is a growing field and something of its dynamism and scope is a challenge for those seeking to reflect it. Needless to say, with a restricted number of reviews here, there is no attempt at comprehensiveness. If one title stands out in 2005 it would have to be John Banville’s The Sea, but I didn’t know when I asked Laura Izarra to review it in September that it would win the Man Booker Prize two months later. Any book by John McGahern is also worth noticing and I am pleased to see Brian Cosgrove’s review of his memoirs in this issue. Less obvious are some of the other choices. Next year I will include more poetry and drama.

2005 witnessed a continuing expansion of the Irish list of publications from the usual publishing houses with new work by leading writers as well as less familiar names. In terms of poetry, there were new volumes by Derek Mahon (Harbour Lights) and Rita Ann Higgins (Throw in the Vowels), and a new translation of Brian Merriman’s The Midnight Court by Ciaran Carson. Also of note here was Padraic Fallon: A Poet’s Journal, edited by Brian Fallon. In terms of fiction, 2005 also gave us Jennifer Johnston’s Grace and Truth, Sebastian Barry’s A Long Long Way, and Murphy’s Revenge, another novel by Colin Bateman and a sequel to Murphy’s Law. Autobiographies were in plentiful supply including one by James Liddy and another by Thomas Lynch entitled Booking Passage: We Irish and Americans. There were new biographies of the Gore-Booths of Lissadell by Dermot James, of James Connolly by Donal Nevin, and Edward Carson by Geoffrey Lewis. The Troubles rightly continue to exercise writers, critics, and historians. In Bloody Sunday, Patrick Hayes and Jim Campbell return to an event which won’t lie down. Geoffrey Beattie’s autobiography draws on his Northern Protestant background. In A Special Kind of Courage, Chris Ryan provides an account of the British Army bomb disposal squadron. More upbeat, in London, the National Portrait Gallery mounted an exhibition on Ireland in Victorian London with an accompanying brochure written by Fintan Cullen and Roy Foster entitled Conquering England. Elsewhere, Bob Quinn produced a book with the intriguing title The Atlantean Irish: Ireland’s Oriental and Maritime Heritage. For bibliophiles, Clare Hutton edited a collection of essays on The Irish Book in the Twentieth Century. Also useful for those of us in the academic community were Dictionary of Munster Women Writers, edited by Tina O’Toole, and Dialogues: Interviews with Contemporary Women Artists by Katy Deepwell. Two books also caught my eye this year: The Disappearing Irish Cottage by Clive Simmons and Seamus Harkin, and Gerry Smyth’s The Noisy Island: A Short History of Irish Popular Music. Perhaps the most spectacular event in drama was the Druid Theatre’s staging of the six plays of John Millington Synge in Galway in July and then at the Edinburgh Festival. Elsewhere, the productions of Irish drama in 2005 I particularly enjoyed were the Hull Truck production of Martin McDonagh’s The Lonesome West and Adrian Noble’s production in London of Brian Friel’s The Home Place. 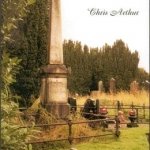 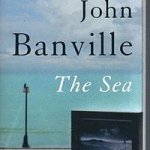 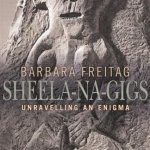 Sheela-na-gigs. Unravelling an Enigma by Barbara Freitag
| Received: 31-01-2006 Issue 1, The Year in Review