2007 by | This text may be archived and redistributed both in electronic form and in hard copy, provided that the author and journal are properly cited and no fee is charged for access.

This year’s review of the year in Irish film and television is slender by comparison to 2005, reflecting the dearth of new productions, ongoing difficulties in distribution and the still unpredictable nature of the sector despite more than a decade of sustained infrastructural support. Six Irish films received a domestic release during the year: The Wind that Shakes the Barley, Middletown, The Tiger’s Tail, Isolation, the hardly released Short Order and the widely released but barely seenThe Front Line. Breakfast on Pluto was also a release in 2006 but we reviewed it in these pages last year, while Small Engine Repair and Once (which recently won the Audience Award for World Cinema at the Sundance Film Festival) both received festival screenings in 2006 but have not, as yet, found theatrical releases.

Under the stewardship of its new CEO, Simon Perry, the Irish Film Board (IFB) is again showing signs of  life after a period of stagnation and rumours of dissatisfaction from within the organisation and the film industry. By year’s end the IFB had shiny new offices –still in Galway– a new logo and ‘brand identity’; gone is the green Celtic ‘swir’l in place of a vaguely abstract graphic which might belong to anyone involved with moving-image production. A PR campaign to coincide with the re-branding papered over the recent slim output with a colourful annual review –which dwelt heavily on upcoming productions– and the distribution of Vol 3 of the popular DVD compilation of IFB funded short films.

The semiotics of the logo is an interesting indicator of where we stand with regards to ideas about a national film culture. Writing recently in the Irish Times under a column entitled ‘Culture Shock’ Fintan O’Toole initiated a backlash against Ireland’s Celtic heritage. «The secret of Celtic Ireland is that it is all bogus

[. . .] The survival, and indeed thriving, of bogus Celticism owes something to the relative timidity of the archaeological establishment and a lot more to the sheer utility of the term. Baggy, mystical, touched with the glamour of oppression, a useful way of alluding to white ethnicity without sounding overtly racist, it sprinkles a dust of profundity on much that is mediocre and meaningless»1

The old IFB logo was introduced at a time when Ireland was in the early flush of the Celtic Tiger era which –as O’Toole suggests– drew upon a rag-bag of the mythic and the modern in reconciling Ireland’s ‘deep past’ and high-velocity present; the most intoxicating articulation of this newly configured ‘imagined community’ being Riverdance. And yet the ‘bagginess’ of the ideas were useful to a culture attempting to move into a global marketplace while internally moving away from the confining limitations of nationalism in the years leading up to the ‘Good Friday Agreement’. In re-establishing the IFB (and TG4) the then Minister for Culture Michael D Higgins held such a tension in balance in a frequently iterated commitment to the local and a state sponsored repudiation of ‘cultural colonisation’. «The right to communicate has a community component – the right of the community to hear its own story, to serve minorities and more importantly to recover a myriad of stories and imagine a whole series of things.» But Higgins’ ambitions for the second film board and the oft repeated sentiments of its first Chief Executive Rod Stoneman –who called for a ‘radical pluralism’ of Irish audiovisual content– increasingly seem as distant and ambitious as the words of Yeats and Lady Gregory in the heyday of the Celtic Twilight. While there appeared in those first ten years of the film board a wide variety of aesthetic styles, ambitions and indeed competencies, there nonetheless emerged a strong sense of a national cinema in the making. This has been on the wane in more recent years. Take, for instance, what the film board is funding this year (2007): Becoming Jane (Inspired by the true events of the little known romance of the young Jane Austen when she falls in love with the attractive young Irishman Tom Lefroy);  Dot.Com  (what appears to be a Portuguese comedy); Foxes
(«Alzbeta, a young Slovakian girl, arrives in Ireland to make a new life. She is envious of her older sister who is happily settled in Ireland with a nice house and partner»); Shrooms («A group of American teens go to rural Ireland in search of notoriously potent magic mushrooms»), Puffball («Powerful forces are unleashed when a young architect becomes pregnant after moving to an isolated and mysterious valley to build a house and neighbouring farmers move against the unborn child»); True North («In order to save the trawler of which he is first mate, Sean reluctantly decides to smuggle Chinese immigrants into Scotland for extra money»)2 .
All of these productions are essentially foreign with Irish co-producers, featuring largely foreign casts. To be sure there are also a small number of what might be called ‘indigenous’ productions –like Anthony Byrne’s How About You (which features a largely British cast in a kind of generic Home Counties setting) and Kings (the most promising of the lot dealing with a group of middle-aged male Irish emigrants in London) but we can see here a shift away from developing local stories and a move towards hosting international co-productions and international audiences – in the case of Paddy Breathnach’s Shrooms, a film aimed squarely at an American youth audience.

Andrew Higson and others have recently begun to question the very parameters of what constitutes a national cinema. «When describing a national cinema there is a tendency to focus only on those films that narrate the nation as just this finite, limited space inhabited by a tightly coherent and unified community, closed off from other identities beside national identity»3 .
Higson writes from the multi-cultural context of Britain in the aftermath of Empire but his objections to the famous Benedict Anderson formulation of ‘an imagined community’ have repercussions for Irish cinema. To be sure, a priority  for  the  IFB  must  be to bring back the film industry from its recent state of crisis and consolidate the efforts and advances of the past decade and a half, but there is also a growing sense that the Irish cinematic imagination is unsure of where to look for inspiration and engagement; witness the recent spate of low-budget horror films. (Though Barry Monahan finds room for a contextual reading of this most sealed of genres below in his reading of Isolation) Perhaps this is because Ireland is less sure of being a ‘tightly coherent and unified community’ than at any time since its independence. Indeed it is remarkable that the most successful –commercially and critically– Irish film of the past year, The Wind that Shakes the Barley (discussed in this issue by Ruth Barton) was written, produced and directed by non-Irish personnel. Over the past decade a traumatic breach in the national imagination has opened up. How else can we understand the daily, numbing stories of random violence –shootings, suicides, car crashes, street fights, robberies, stabbings, and sexual assaults– except as the collapse of solidarity central to the national project? Along with the destruction of any correlation between value and worth in many people’s minds (largely down to the property market) has come a similar cutting of the cord between individual action and larger social consequence. There are vast sections of Irish society cut adrift from their moorings of identity, reduced to the status of consumers –rather than citizens– in a culture presided over by an ideology no more sophisticated than an ‘open economy’ at all costs. Is this sense of alienation the ‘deep structure’ beneath a slate of films which include elements of Irishness only so as to fulfil international co-production requirements? Where are the stories that address who we are as a community? In an early phase of the nation state French philosopher Ernest Renan was able to declare, «A nation is a soul, a spiritual principle». A principle comprised of two elements: «One is the possession in common of a rich legacy of memories; the other is present-day consent, the desire to live together, the will to perpetuate the value of the heritage that one has received in an undivided form»4 .
But what if the ‘value of the heritage’ is no longer present in ‘an undivided form’. Whence then for a national cinema?

In this year’s review we have a number of reviews which attempt to come to terms with both sides of this discussion –the ‘spiritual’ and the industrial– and despite the paucity of output we find subject for discussion. Pat Brereton reviews two attempts to explore contemporary Ireland –John Boorman’s The Tiger’s Tail and the documentary series The Pope’s Children– and finds both wanting. Roddy Flynn’s essay undertakes an illuminating analysis of the roller-coaster fortunes of the Irish audio-visual industry and offers an insight into the vagaries of a creative business so sensitive to national and international pressures which have little if anything to do with the young and not-so young graduates, writers, directors, actors and technicians hoping to make a career in film-making. As well as a number of individual film reviews  –including one of Ireland’s Oscar-winning short film entry Six Shooter– and the TV series, The Clinic, this edition contains an overview of the Irish language channel TG4 after 10 years on air, and an appreciation of Ireland’s most employed character actor Brendan Gleeson. Our review of John Carney’s modest, low budget ‘musical’ Once, suggests one way out of the impasse discussed above. Tender and engaging, this unusually framed tale of unfulfilled attraction between a young Irishman and a Czech girl manages to be both topical and timeless. Debbie Ging finds a similarly topical, if far less romantic, tale of immigrant women in Ireland in Capital Letters5 .

As 2007 begins, the New Year augurs better for the film and television industry than 2006 with the number of productions in both sectors significantly increased. There is a sense of optimism returning among those who work in the industry. How such an increase in production will contribute to debates on a national cinema remains to be seen. 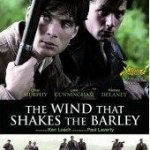 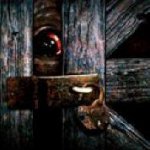 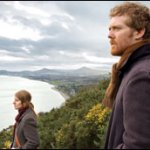 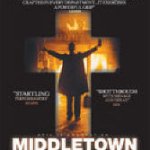 All the World’s a Stage: Brendan Gleeson 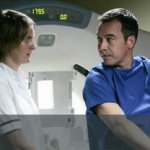 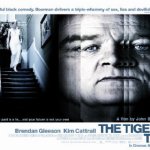 Busting the Boom: The Tiger’s Tail (2006) and The Pope’s Children
Issue 2, The Year in Review