2007 by José Francisco Fernández-Sánchez | This text may be archived and redistributed both in electronic form and in hard copy, provided that the author and journal are properly cited and no fee is charged for access.

It has not been a bad year with regard to books with an Irish content published in Spain or published elsewhere by Spanish scholars. The slow but steady count of monographs that invariably appear every year in this field is an indication that Irish studies occupy a significant space of their own in Spanish academic circles. A couple of significant factors have called my attention to this year’s batch: the first is the highly specialized nature of some of the publications. May this be a sign of maturity, of coming of age, when the time of general introductions is long past? When one reads Carolina Amador’s study of bilingualism and language shift in the early novels of Patrick MacGill, or the volume devoted to single motherhood in Ireland, edited by Ramblado-Minero and Pérez-Vides, one can hardly quarrel with this view of things. All right, then, let’s enjoy the tranquil pleasures of adulthood, which also imply gracefully accepting (and entering into a fruitful dialogue with) the complexity of the topics under study, tending towards «an understanding of culture that makes space for confusion and misunderstanding as well as exactitude and objectivity» (C. Connolly, 2003. Theorizing Ireland. Houndmills: Palgrave, p. 2).

The second relevant element has been the pervasive influence of Irish studies in all kinds of recent publications that perhaps in the past would not have taken into consideration this area of knowledge. Take for instance the recent volume All in All: A Plural View of Our Teaching and Learning, ed. M. J. Lorenzo Modia (Universidade da Coruña, 2005). Among the articles in this book, devoted to connecting new trends in English language and literature with their application in the EFL classroom, there are two highly revealing chapters on the teaching of Irish literature and the teaching and learning of Irish short stories. Or consider a recent book of proceedings published as well in Coruña: Periphery and Centre II, ed. Rubén Jarazo (2006). Among the articles of this heterogeneous collection dealing with all aspects of English philology, one finds seven articles focusing on Irish topics (two of them on the special relationship between Galicia and Ireland). As can be appreciated, Irish studies have found a comfortable place in conferences and publications currently taking place in Spain under the general and misleading name of «English Lit.»

This fact is part of a natural process and it could not have been otherwise, but will the coming years hold opportunities for consolidation? There is an excellent article by David Clark and María Vidal Rodríguez-Sabio in one of the books reviewed below (The Scallop of Saint James) «Joyce como material didáctico: El ejemplo de ‘Clay'», which under its innocent tile hides a passionate plea for the teaching of literature in a dehumanized world. The authors do not say, and perhaps it was not their intention to do so at all, but it is possible to detect a latent anxiety about the forthcoming changes in English philology in Spanish universities. In the new market-oriented, highly competitive environment, universities have to take into account a number of external factors when designing their master’s degrees. How will Irish literature fare in the new system?

Despite the uncertain future, the tone of this review is still optimistic. 2006 was indeed a good year for Irish studies in Spain. Naively, one tends to think that with such promising books as the ones discussed below, there is a strong position from which to defend the permanence and reinforcement of Irish culture in Spanish universities.

NB. There is one thing that bothers me. No luck with Beckett this time. Only one volume in Spanish was published during the year of Beckett’s centennial anniversary, Encuentros con Samuel Beckett, by Charles Juliet (Madrid: Siruela, 2006). It is more a personal recollection than a serious study, and hardly a significant contribution to Beckett studies. Maybe next year. 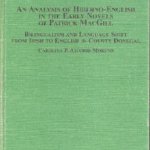 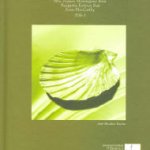 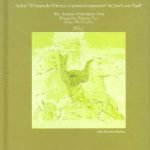 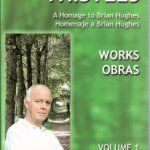 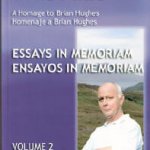 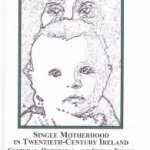 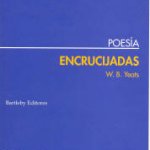 Yeats, W. B. Encrucijadas
Issue 2, The Year in Review