2007 by David Pierce | This text may be archived and redistributed both in electronic form and in hard copy, provided that the author and journal are properly cited and no fee is charged for access. 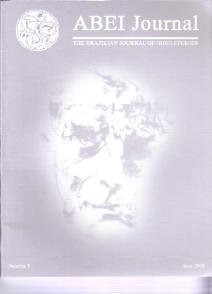 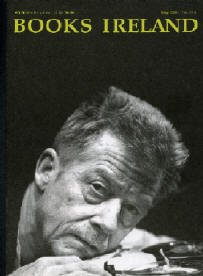 2006 was a year for memories. If you punch into Google ‘Beckett Festival’ and ‘2006’, you come up with over 500 entries. All round the globe, the world celebrated the centenary of the great Irish writer. The cover of the May 2006 issue of Books Ireland carried John Haynes’s photograph of John Hurt in the Gate Theatre production of Krapp’s Last Tape. The 2006 issue of ABEI The Brazilian Journal Of Irish Studies carries on its covers a portrait of Beckett by Louis Le Brocquy and includes a range of stimulating essays on the Irish dramatist, seen from a Latin-American perspective. I have taken this opportunity to ensure that in this issue of Estudios Irlandeses there were reviews of Beckett books. Paul O’Hanrahan, who is a founder-member of Balloonatics Theatre Company and who gave performances of Beckett’s early prose in 2006, kindly agreed to review a collection of essays edited by Christopher Murray as well as a book of stunning Beckett photographs by John Minihan. The year also saw the publication The Faber Companion to Samuel Beckett edited by C.J. Ackerley and S.E. Gontarski.

Other memories on offer to the reading public witnessed a return to the period 1916-23 as well as to the recent Troubles. For the earlier period, titles included Roger Casement in Irish and World History edited by Mary E. Daly; The Resurrection of Ireland: The Sinn Fein Party 1916-1923 by Michael Laffan; Sebastian Barry’s historical novel A Long Long Way. As for the Troubles, this continues to exercise those charged with making sense of that troubling period. Titles include The Bloody Sunday Inquiry: The Families Speak Out edited by Eamonn McCann; Sinn Fein: 1905-2005 – In the Shadow of Gunmen by Kevin Rafter; The Men That God Made Mad, a book by Derek Lundy telling the lives of three of his Protestant ancestors; Hunger Strike: Reflections on the 1981 Hunger Strike, edited by Danny Morrison, is a collection of pieces by novelists and poets, former prisoners and activists reflecting on the deaths of the ten republican hunger strikers.

Complete with photographs, Vanishing Ireland by James Fennell and Turtle Bunbury is a book of memories and contains a series of interviews on traditions and a way of life in danger of vanishing from the landscape. Magnum Ireland, edited by Brigitte Lardinois and Val Williams, provides a survey of Ireland from the 1950s to the present through the lens of Magnum photographers. The Sailor in the Wardrobe by Hugo Hamilton, the son of a German mother and Irish father, follows on from his earlier fine memoir The Speckled People. Final Witness: My Journey from the Holocaust to Ireland by Zoltan Zinn-Collis recounts the passage from Bergen-Belsen to Ireland where he was adopted by Dr Robert Collis, who raised him as his own son. And The Best Cartoons of Tom Mathews collects together cartoons of a lifetime.

As ever, I am very grateful to the reviewers of the titles which follow. All of them are of interest and they underline the commitment of scholars to the growing field of Irish Studies round the world.

Re-Mapping Exile: Realities and Metaphors in Irish Literature and History

The Thriller and Northern Ireland since 1969: Utterly Resigned Terror 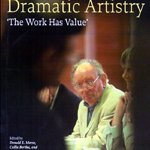 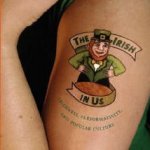 The Body and Desire in Contemporary Irish Poetry
Issue 2, The Year in Review