2008 by Tony Tracy | This text may be archived and redistributed both in electronic form and in hard copy, provided that the author and journal are properly cited and no fee is charged for access.

2007 will be viewed by future historians as the year the ‘Celtic Tiger’ finally outstayed its welcome as a credible description of the Irish economy or mindset. As we make our way into the palpably bleaker landscape of 2008, the past year will be recalled as another milestone in the redefinition of our cultural identity. Northern Ireland was once again central to this interrogation, though in surprising ways. The restoration of the Northern Assembly was a turning point for Nationalist–Unionist relations and many were bemused by the warm relations between the DUP’s First Minster Ian Paisley and Sinn Fein’s Deputy First Minister Martin McGuinness (a softening of relations that may have contributed to Paisley’s resignation). It will be some time before there is as dramatic and emotional an expression of Ireland’s renegotiation of its nationalist project as the sight of the Irish rugby team comprehensively defeating England at the highly symbolic Croke Park ground (24 February 2007, IRELAND 43 ENGLAND 13). For many, the resonance of this event was greatly augmented by their ‘experience’ of Bloody Sunday (1920) in Neil Jordan’sMichael Collins; itself a powerful argument for the importance of a national cinema as an historical tool. While the dignified reception of ‘God Save the Queen’ signalled a kind of ‘late-nationalist’ maturity in our relations with Britain that many felt proud of, the decision by the former state airline Aer Lingus to abandon its Shannon-Heathrow route in favour of Belfast-Heathrow tested geographical conceptions of the nation and provoked a vociferous response revolving around the meanings and obligations of the ‘national carrier’, and in particular the state’s responsibility to the west of Ireland (a long-time locus of imaginative investment in Irish identity) in an era of ‘Open Skies’. With the revelation that staff on these Belfast-London flights will not use (for the first time in Aer Lingus’ history) the symbolic cúpla focal (‘a few words’ in Irish – usually on landing and take off), the cultural ambitions of Irishness became further diluted from the ambitions of earlier governments in more conservative times. If the symbolism seems overstretched consider that Aer Lingus was the last and first point of contact with the homeland for many thousands of emigrants who left Ireland in the 1980s and then returned in unprecedented numbers in 1990s to become the bedrock of the ‘Tiger economy’. Those cúpla focal were often the last and first words of their mother tongue heard as they left and returned. Ironically, just as these linguistic ties began to loosen, the European Parliament declared Irish an official language in January 2007 meaning that Ireland’s MEPs could address the parliament as Gaeilge for the first time; though to date there has been very little use made of this long sought-for recognition.

These events formed part of the backdrop for this year’s film and television. The status of the Irish language within the audiovisual sector displayed equally mixed, and perhaps surprising fortunes. In last year’s edition we noted thatBord Scannán na hÉireann/The Irish Film Board (IFB) had just undergone a corporate re-branding exercise and that the Irish title has been demoted in its logo (although it retains its premier status in print), with no trace of anything vaguely Celtic or ‘traditional’ in its public image. This semiotic shift gained cultural traction in 2007 with the decision — criticised in this issue by Gearóid Denvir — by the board not to offer funding to Robert Quinn’s Irish language feature Cré na Cille. That decision notwithstanding,  Sean Crosson’s overview of developments in Irish language broadcasting contends that there has never been a better year for the language in film and television, albeit in a still limited and piecemeal manner. Elsewhere in our special section on Irish language productions Eithne O’Connell derides the tokenistic and faintly preposterous melange of Irish dialects spoken in Kings, but acknowledges that there is some kind of renaissance — or more properly awakening — in this long under-performing sector. In our interview with the Film Board Chief Executive Simon Perry, he speaks of a desire to explicitly encourage and support the work of TG4 and put an end to ‘ghettoising’ Irish language production.

After an extended period of lack-lustre performance, it has been a good year for the IFB overall. A special on Irish film production in trade publication Variety in early 2007 signalled a strong sense of a new beginning for the indigenous industry. ‘Simon Perry has brought a fresh attitude to the job’, it reported, quoting Perry, “One thing I set out to do was to revive a feeling of confidence among filmmakers here,” a theme he follows up in greater detail in our interview with a discussion of the challenges facing the Irish audiovisual sector and his vision of how its future might be best approached in the current conditions.

Key to Perry’s revised structures of engagement is a shift of emphasis away from the rather hierarchical and distrustful emphasis on filmmakers raising finance first in the marketplace before receiving public money. Instead, Perry seems to be offering a vote of confidence in Irish film producers, most evident in his long-term funding for 10 indigenous production companies; an unprecedented action.

Such confidence finds – admittedly limited – justification in the talent and indeed general variety and quality of output the Irish industry exhibited over the past year. Once — favourably reviewed in these pages last year in advance of its Sundance award and ‘breakout’ success in the United States (after a pretty poor box-office performance in Ireland), represented the feature film highpoint of the year; which was brought to a ‘Hollywood ending’ with an Oscar win for Best Song. But there were other reasons to be cheerful. The Tudors – Showtime’s 10 hr Television drama series on the life of Henry VIII starring Jonathon Rhys Meyers, finished shooting its second series and seems likely to return for a third. The success of the series may seem tangential to an Irish film industry but it has kept significant numbers of Irish crew at work for an extended period ensuring that some of the most talented actors and craft personnel maintain and develop their expertise at the highest international level. Particularly notable is the work of set designer Tom Conroy and costume designer Joan Bergin who was rewarded by her peers with an Emmy Award for Best Costume Design in 2007. Also notable was the continued critical success of the Mark O’Halloran/Lenny Abrahamson partnership which produced the feature film Garage (reviewed below by Barry Monahan) and the 4-part TV series Prosperity (reviewed by Díog O’Connell). In Saoirse Ronan – Oscar nominated for her performance in Atonement – Ireland has a striking new acting talent. And although not covered in these pages, there is considerable activity and success in the animation sector as well as emerging talent coming through in short film production.

Despite these successes however, there is a strong sense of an industry really struggling to build and maintain momentum. In this year’s review Simon Perry admits as much in his discussion of the ‘Catalyst’ funding scheme while Roddy Flynn explores Shrooms as a watershed instance of where Irish cinema might be heading. Other reviews reveal similar structuring concerns: films which seem to stand on the threshold of the national and international, or more accurately Irish and American, albeit in different ways. Ruth Barton examines the country and western backdrop ofSmall Engine Repair, Debbie Ging examines the gender demarcations of two recent Irish ‘chick-flicks’ and Maria Pramaggiore explores Neil Jordan’s New York-set revenge thriller The Brave One as an auteur work terminally compromised by the bureaucracy of Hollywood filmmaking practices. Where such films fit in the seemingly endless debate about definitions of an ‘Irish Cinema’ has yet to be worked out but this review offers an early opportunity for some interesting thumbnail theories. Martin McLoone’s recently published collection of essays are prefaced by an acknowledgement of the centrality of change in contemporary Irish life and a sense of loss. “At a time of change something is lost as well as gained so that changing times are full of excitement and tinged with regret – and so is this book».1

As one of the key contributors to discussions of Irish Cinema, McLoone’s book – and the films it looks back on — feels like the end of an era. The 1990s seem a long time ago both in the amount of films made and the kind of themes they engaged with. What is perplexing for the commentator on Irish film is that the decade gone felt like the beginning of a national cinema, the emergence of talents, themes and the inevitable — if often clichéd — working out of decades of unprocessed history and stories. Flynn’s point, and one which comes up in my interview with Simon Perry, is that the first 10 years of the second film board were something of a golden age: In today’s changed economic and media structures, national cinema, like a national airline, is no longer the protected, inward-looking entity it once was.

At time of going to press, ‘Dustin the Turkey’ was voted (by the Irish public) winner of Eurosong 2008 having beaten five more traditional singers (i.e. flesh, bone, voice) for the honour to represent Ireland at this year’s Eurovision Song Contest in Serbia2 . This seems both a baffling and entirely apt result. The Eurovision is a key site of emergence for the ‘Celtic Tiger’, when we mesmerised the world, and ourselves, with the interval performance of Riverdance in 1994. The event was held in Dublin and we wanted to show our fellow Europeans that we were a people who could simultaneously inhabit tradition and modernity; shattering their stereotypes even as we reinforced them. In those few exhilarating minutes Irish dancing and Ireland seemed born anew, high-kicking and speed-stepping cultural nationalism into the modern age, invigorating our emerging confidence and, in the pairing of Irish-Americans Jean Butler and Michael Flatley, symbolically closing the circle on the millions of emigrant passages from our shores. This latest ‘song’ for Europe suggests that either Ireland has lost its long inward-looking fascination with its identity and moved to a position of post-modern irony on the international stage, or we’ve lost all sense of self-respect. Either way, the Tiger is now a Turkey.

From Kings to Cáca Mílis: Irish film and television as Gaeilge in 2007

The Kings’ Irish: Dialogue, Dialect and Subtitles in Kings (2007)

Ghosts of Empire: Mitchell and Kenyon in Ireland and Saoirse? 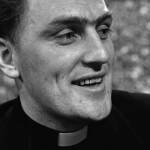 Interview with Simon Perry
Issue 3, The Year in Review