2010 by José Francisco Fernández-Sánchez | This text may be archived and redistributed both in electronic form and in hard copy, provided that the author and journal are properly cited and no fee is charged for access.

The reading of Shane MacGowan’s text in one of the books reviewed below (Beber para contarla) has brought to mind one of the most picturesque, extravagant and funniest encounters of all time between an example of dyed-in-the-wool Spanish culture and the imagination of Irish visitors, expressed in the song “Fiesta” by The Pogues, featured in their album If I Should Fall from Grace with God (1988). The song in itself is a wonderfully carnivalesque piece that strikes a cord in listeners of whatever nationality and impels them to jump from their seat and join the revelry.

Contrary to what many of us believed, The Pogues did not come to Almería to sing at the feria (which takes place, incidentally, for ten days in the second half of August each year), but they were here filming Straight to Hell (1987), by Alex Cox. As with all the great stars of the Spaghetti Westerns, they stayed at the Gran Hotel Almería, situated at the end of the Paseo, facing the harbour. This was the summer of 1986 and at that time the feria was still in the Parque Nicolás Salmerón, just below the hotel. A few years later it would be taken to the Avenida del Mediterráneo, its present location, near  La Térmica beach. This meant that when the members of the band came back from the film set in the Desert of Tabernas at about 20:00 h. every evening, and after having a few drinks to relax, they went to their rooms to get some sleep and the noise from the fairground was in full swing: traffic, children’s attractions, food stalls,casetas, the works. A nightmarish pandemonium that is indeed reflected in the song’s crazy lyrics. The main tune of “Fiesta”, in fact, was borrowed from the endless, repetitive advertisement for food in one of the stalls’ loudspeakers.

In some way, The Pogues simply continued a tradition of Irish visitors to Spain impressed by the vitality and joie de vivre of the inhabitants of this unfathomable Southern country. There have been other traditions, learned and introspective ones, think of Kate O’Brien or, more recently, Caitríona O’Reilly, but there is certainly a joyful and carefree trend pursued by many Irish in Spain, and the founding of this tendency can surely be attributed to Walter Starkie (1894-1976), a Dubliner who, with the passing of time, would become the first director of the British Institute in Madrid and who actually died in Spain.

Starkie was fascinated by Gipsy folklore and he was an expert in Romani, the Gipsy language. In the 1930s he published two books on Spain, based on his own journeys around the Iberian peninsula:Spanish Raggle-Taggle. Adventures with a Fiddle in North Spain(1934) and Don Gypsy. Adventures with a Fiddle in Barbary, Andalusia and La Mancha (1936). In the latter book he began his adventures in Southern Spain travelling to Morocco, as he wanted “to see just enough to colour my mind with an African hue before I invade Andalusia from the South”. Starkie was a wonderful travel writer, and being a mendicant musician was the perfect excuse to mix with the lower strata of the Spanish population of the time: tramps, beggars, the common people. The poor and backward country that Spain was then is reflected in his books, and he records everything from an affectionate viewpoint.

When travellers visit a foreign city, he writes, they should pay attention to which of their senses is more at work, which is a reminder to modern tourists what serious travelling is about! His descriptions are colourful and funny, although rather   suspiciously he records lengthy conversations with the people he meets. His being both a learned professor and a vagrant produces an interesting contrast in the kind of observations he makes about popular Spain. Spanish Raggle-Taggle and Don Gypsy were translated into Spanish in the late 1930s and early 1940s by Antonio Espina, and there exists a recent edition of the former,Aventuras de un irlandés en España (Espasa, 2006), with a prologue by Ian Gibson. Perhaps it would not be a bad idea to make a new edition of both works in a single volume.

As has been said, not all Irish travellers came to Spain to have a good time. While  writing these lines, in February 2010, a monument in honour of the young Irish poet Charlie Donnelly, who fought in the Spanish Civil War, is being unveiled near the Jarama battlefield where he and other brigadiers died. Different traditions, all of them reflecting the longstanding historical links between Ireland and Spain. 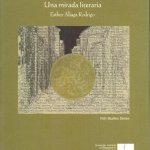 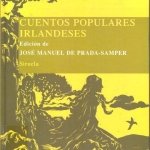 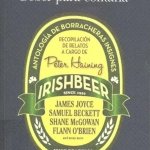 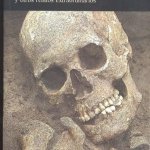 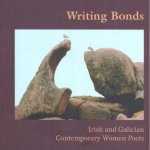 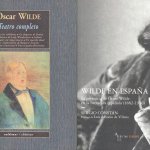