2011 by Inés Praga-Terente | This text may be archived and redistributed both in electronic form and in hard copy, provided that the author and journal are properly cited and no fee is charged for access.

It is without hesitation that we say the year 2010 will have a prominent place in the annals of Irish history: if the great prosperity known as the “miracle” of the Celtic Tiger, which the country enjoyed in previous years, was captured in its golden era pages, then the severe crisis of 2010 has again directed the world’s attention towards this small island, but this time directing its gaze towards its darker pages. The news of the austere adjustment plan that the government of B. Cowen had to take on – cutting salaries, cutting pensions, job losses and other measures – has culminated in the bringing forward of the elections, with early 2011 threatening to wrestle the power from Fianna Fail, the party which drew up the constitution and which has held power for 83 years. Moreover, the grim situation heralds the revival of that Irish tradition, as historic as it is painful: migration. It is estimated that in the near future 100,000 people will leave the country, which is nothing less than 2.2% of the population. There is no doubt that history repeats itself and that is precisely why we will  have to draw on  some of the most important lessons from history in order to face these tough times.

By chance a brilliant book reviewed below, Ireland and the Spanish Empire, draws attention to the complexity and diversity that is inherent in the term migration. Its author, Oscar Recio, proclaims the importance and role of all who are involved, although some of these groups appear irrelevant: “groups which did not necessarily represent  any officially recognized foreign authority, but they were well represented in the Spanish court, a relationship of a type evidencing ‘informal influence’, ‘informal presence’”. Recio stresses the importance of the other Irish people, those who were invisible compared to the glory, heroism and fame of the famous “Wild Geese”. However, as the author himself says, “not all Irish migrants were soldiers, neither were they all men, nor did all obtain honours and integration. They faced social exclusion and conflict is another key feature of Irish migration and assimilation in Spain.”

The metaphor of the “wild geese” is applicable to Ireland’s Celtic Tiger in the sense that, despite exhibiting both the shine of prosperity and success, the Ireland of the twenty-first century is made up of “groups of informal presence and informal influence” which have been echoed in the work of Spanish critics in 2010. The output of the year allows us to calibrate that other “hidden Ireland” which undoubtedly existed – and  exists –behind the financial glamour. For if Ireland ever needed the keys to its identity(ies), now is the time, when, once again it must reinvent itself, make way for the other New Ireland(s) that are born in new eras and new spaces. The art of naming Ireland has been built up throughout history, coinciding with new and crucial chapters. Today, in early 2011, we are starting another.

Therefore, the first step would be to have an accurate and reliable diagnosis of “Post-Celtic Tiger Ireland” and that is the goal of two books edited by David Clark and Ruben Jarazo: In the Wake of the Tiger. Irish Studies in the Twentieth-First Century and To Banish Ghost and Goblin. New Essays on Irish Culture. The editors make clear in their respective introductions that the economic and financial euphoria is now long gone and now it is time to assess the effects of disappointment and even search for antidotes against anger and disenchantment. It is no coincidence that one of these books uses as an introduction and soundtrack The Rocky Road to Dublin(in order to understand that once again the road to Dublin becomes hard and stony), while taking the pulse of literature, music, movies and other socio-cultural events such as football. One of the volumes also tackles the situation in the north, whose progress towards peace and disarmament coincided with the prosperity of the South and somehow seemed to complete the rain of hope that fell on the island in the twenty-first century. The book’s ambitious goal is only partially achieved for despite covering interesting aspects the collection of essays still leaves key areas unexplored.

In the production reviewed here there are two volumes devoted to Joyce, New Perspectives on James Joyce. Ignatius Loyola, make haste to help me! and Vigorous Joyce. Atlantic Readings of James Joyce, which honour his claim that his critics would be occupied for at least 200 years, while at the same time recovering par excellence the “migrant Irish”. Joyce immortalized the tradition of leaving “the old sow that eats her farrow”, although it may have been for reasons quite different from those that could be given today. Of course, it is no accident that the Joycean baton is picked up in Deusto and Vigo: the first name, with direct associations to the Society of Jesus, contextualizes us in one of the institutions and traditions, which were most involved in forging not only the Irish writer’s training but also his conscience. In the case of Vigo, because the authors put forward another of the umbilical cords that connect Spain with Mother Ireland (in this case the Atlantic) Joyce lands metaphorically in Vigo in 1926, when they were translating into Galician some fragments of Ulysses. From Vigo we are continually and vigorously encouraged to keep reading, enjoying and decoding a work as powerful as it is inextinguishable. However, the Atlantic as a metaphor and literary reference goes beyond Joyce: the two books coedited by Manuela Palacios, insist on the idea of Galicia and Ireland as “sister lands located on the Atlantic coast of Western Europe” with so many aspects in common such as bilingualism, the influence of the Catholic Church, emigration, Celticism, or the passive role of the woman.

In Creation, Publishing and Criticism. The Advance of Women’s Writing the words “own experience” are repeated time and again, favouring the “live” testimony of Galician and Irish women writers and giving voice to groups that are generally “secondary” in literary creation, such as publishers or critics and making them “surmount old obstacles of mutual mistrust by bringing together criticism by academics and journalists as well as writers’, publishers’ and theatre directors’ self-reflective collaborations.”. We share the view of the Preface´s author,  Luz Pozo Garza, that the book will allow readers to see not only how writers, publishers and critics often  join forces to transform the literary system, but also how they may occasionally have conflicts of interest and expectations that are difficult to accommodate. The “twin” volume, To The Winds Our Sails. Irish Writers Translate Galician Poetry, “a journey through Languages” in the words of Michael Cronin, helps us cross the Atlantic in the opposite direction, from the female Galician writers’ poems to their version in English and Irish from renowned Irish female poets. “A two-way channel between our cultures has been forged”,  Mary O’Donnell proudly proclaims, and  translation acts here as the ideal vehicle to gauge the literary space of a text by assuming that, as O’Donnell says, “in the times of local and global, anything entailing exchange and mutual dialogue must be by all means favoured.”

One wonders if a certain didacticism is appropriate in times of crisis and in this sense  the volume titledTeaching Ireland: New Didactic Approaches to Cultural, Linguistic and Literary Issue creates some expectations. But the volume discussed here is certainly basic and is intended solely for the purpose of updating and clarifying our notion of the Ireland of today and the path that it has had to take. It is a manual, not a book of criticism, though a few of its contributions are valuable as part of our teaching in the classroom, an activity not so much valued as it should be.

With much greater depth, yet also retaining a clear didacticism, Carolina Amador’s Introduction to Irish English, is a well-documented and really valuable contribution, with a remarkable balance between theory and practice that goes beyond language instruction. The book can be read as an interesting anthology of the most varied texts, a manual for English as a Foreign Language (especially for those who plan to visit Post-Celtic Tiger Ireland!), a history of the English language, but, above all, a fun and updated X-ray of  Ireland today and the perception it has of itself. In this way, we learn such curious things as the British belief that “Irish accents are considered to be the sexiest and the friendliest”, actor Colin Farrell being mentioned as a good illustration of both.

I do not hesitate to admit that the “harvest” of 2010 is varied, heterogeneous and irregular, as Ireland is itself and if I had to include here a type of  “reviewer’s lament”, it would be as follows: why are Spanish academics so reluctant to name their compatriots in the bibliography (naturally, with honorable exceptions!)? Why is a work always preferable, or more valued (undoubtedly valuable as well) if it comes from foreign scholars? One other lesson to learn, again related with the legend of the “Wild Geese”: they were not all heroes and worthy of honor, despite their fame. There were many others who, although not as visible or as decorated, also wrote, and even changed, History. 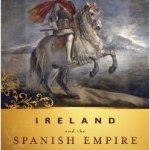 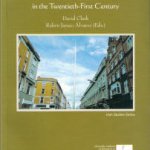 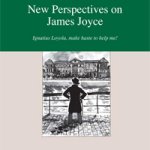 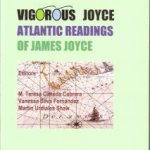 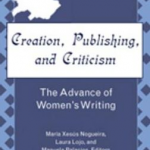 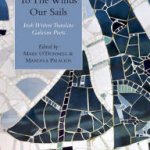 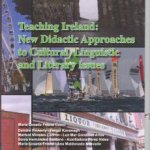 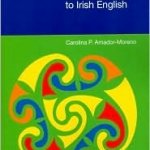 An Introduction to Irish English
Issue 6, The Year in Review