2012 by Constanza del Río-Álvaro | This text may be archived and redistributed both in electronic form and in hard copy, provided that the author and journal are properly cited and no fee is charged for access.

In my debut as editor of the section “Irish Studies in Spain”, I first wish to thank Rosa González for her trust and confidence in commissioning me to assume this job. I have taken up the task with enthusiasm, only hoping to achieve the standards of quality of my predecessors, José Francisco Fernández and Inés Praga, just the standards that our journal Estudios Irlandeses deserves. The prestige of the journal keeps growing, and that is a fact, not a question of motherly love. Last November I attended an Irish Conference in Falun, Sweden, at the University of Dalarna, where most delegates belonged to the Nordic Irish Network. All of them knew the journal and most of them praised its excellence. I could not but feel proud of my occasional work for the journal and, particularly, of the efforts and savoir-faire of its General Editor and the whole Editorial Board, and of the scholarly rigour of its contributors.

In this my first appearance, the readers will perceive some novelties: first, efficiently advised by José Francisco Fernández, I have decided to include any work, whether critical, literary, historical, etc., written originally in Spanish though always dealing with Irish matter; then, I have discarded the alphabet as a criterion to list the reviews. Rather, I have opted for grouping them according to their nature: a) works in Spanish; b) translations into Spanish; and c) literary criticism, cultural studies, history, etc. written in English though mostly authored by Spanish scholars. I sincerely expect that the new arrangement, together with the selection of reviews for issue 7 of Estudios Irlandeses, will be both pleasing and interesting for the reader.

Starting with the Spanish originals, there comes first the review of a novel by one of the most prominent contemporary Spanish novelists: Enrique Vila-Matas. Just in its title, Dublinesca (Barcelona: Seix Barral, 2010), the narrative announces its indebtedness to Irish culture by echoing Joyce’s Dubliners (1914). Its reviewer, José Francisco Fernández, centres on its protagonist, a retired editor who laments the changes in the literary world brought about by a general commodification and debasement of Literature (with a capital L). Simultaneously, he also shifts his literary preferences from France to Ireland, seen as a “new and strange” cultural site where Joyce and his Ulysses (1922) are still alive and kicking. The Joyce icon is soon followed by Beckett, whose work Vila-Matas, and his partial surrogate the protagonist of the novel, have always read with enthusiasm. Both Irish writers are paid homage in this most literary of novels. Dublinesca is followed by Dublinés (Alfonso Zapico, Bilbao: Astiberri, 2011), where more so than in Vila-Matas’ novel, Joyce is the absolute protagonist for this is a biography of the Irish writer, though a peculiar one. It is, as far as I know, the first graphic novel reviewed in the journal, and I would like to use this occasion to call the reader’s attention to the increasing relevance of and scholarly interest in this emergent genre. In his review, Andrés Romero-Jódar links Dublinés with other graphic novels by the same author, traces the influence of Richard Ellman’s biography on this work, combines generic knowledge of the graphic novel with knowledge on Joyce, and praises this graphic novel’s fitting association between form and content. He finally recommends this piece as a good first serious approach to the figure of Joyce. Closing this subsection of Spanish originals, we find El sueño del celta (Mario Vargas Llosa, Madrid: Alfaguara, 2010), Vargas Llosa’s first novel after being awarded the Nobel Prize for Literature. As the reviewer Laura Izarra explains, this novel comes out of Vargas Llosa’s admiration for Roger Casement’s versatile life and figure. Rather a work from its author’s imagination and fantasy than a merely historical account, Izarra sees it as a hybrid novel blending journalism, fiction, biography and history. She comments on Vargas Llosa’s appropriation and rewriting of parts of Casement’sThe Amazon Journal (1997) and questions the epilogue’s narrative and historical function in the novel.

El sueño del celta perfectly fits in with the first review of works translated from English into Spanish:  Roger Casement: Diario de la Amazonía (Roger Casement, La Coruña: Ediciones del Viento, 2011. Ed. Angus Mitchell & trans. Sonia Fernández Ordás). This is a translation from The Amazon Journal of Roger Casement (Dublin: Lilliput Press, 1997), also edited by Angus Mitchell. The reviewer, Mariana Bolfarine, commends the contributions of the editor, explains the differences between the Spanish and English editions and highlights the import of the Amazonian experience for Casement. Just as decades later George Orwell would take his experience of imperial domination at Burma as a template for any system based on exploitation (e.g.: capitalism), Casement’s nationalist conscience awakened when he perceived the similarities between the colonial situation in Brazil and Peru and that of his country, Ireland. La Habitación (Emma Donoghue, Madrid: Alfaguara, 2010. Trans. Eugenia Vázquez Nacarino) is the next translation, reviewed by Celestino Deleyto. After a general introduction to Emma Donoghue emphasizing her nature “as a border-crossing and transnational creator”, Deleyto gives details of the novel’s diegetic world and narrative choices to then centre on the translation problems Vázquez Nazarino has encountered, since in the original the novel is marked by the invention of an idiosyncratic language meant to convey a very peculiar view of the world. In this respect, Deleyto remarks and exemplifies the achievements and occasional failures of the translator, on the whole, nevertheless, praising Vázquez Nacarino’s work. Novels and short stories dealing with the Irish diaspora and emigration have already become some kind of subgenre within contemporary Irish narrative. Two recent examples are Sebastian Barry’s On Canaan’s Side (2011) and Colm Tóibín’s Brooklyn (2010). Unfortunately, and to my knowledge, Barry’s novels have not been translated into Spanish yet, and I wish here that some Spanish Publishing House should consider this possibility since, for example, The Secret Scripture(2008) is a wonderful novel that, I think, could please even the most demanding of readers. Colm Tóibín’s work, maybe because of the author’s strong bonds with Spain or his more international profile, is a different case. As the reviewer Marisol Morales states, most of Toíbín’s work has been translated into Spanish, including his last novel (Brooklyn, Barcelona: Debolsillo, 2011. Trans. Ana Andrés Lleó). Toíbín is another instance of the transnational Irish writer who has lived in different countries and deals with Irish matter only in some of his novels, such as in Brooklyn, an example of the Irish diasporic novel. Morales emphasises the novel’s questioning of stereotypes in relation to Irish emigration and its debunking and provocative view of the myths associated with the Irish diaspora. The last translation takes us back to the figure of Samuel Beckett, now as a young and confrontational writer whose first novel, Dream of Fair to Middling Women, was written in 1932 though first published in 1992. This novel has recently been translated into Japanese, Dutch, German and Spanish (Sueño con mujeres que ni fu ni fa, Barcelona: Tusquets, 2011. Trans. José Francisco Fernández y Miguel Martínez-Lage). María Jesús López takes into consideration the novel’s narrative and linguistic playfulness – a result of Joyce’s influence on the early Beckett – and considers the great challenges that the novel poses for translation. She comments on the different options the translators have used to make the novel a little less demanding on the reader, yet “without excessively domesticating or simplifying the text”. Her final assessment is that the translation is “superb” and will perhaps contribute to “the re-edition of old and unavailable translations” of other works by Beckett.

The last reviews are those of two edited collections of interdisciplinary articles: literature, cinema, cultural studies, history, politics, etc. Undoubtedly, the different outlooks from which Ireland is perceived in the collections are refreshing and illuminating. The first volume, Glocal Ireland: Current Perspectives on Literature and the Visual Arts (Newcastle Upon Tyne: Cambridge Scholars, 2011. Eds. Marisol Morales & Juan F. Elices), gathers contributions that dwell on the dynamics between globalisation and locality. After summarising in some detail the theoretical introduction written by the editors, the reviewer, David Clark, goes over the separate articles, concluding that the volume “represents an absorbing contribution to scholarship within the field of contemporary Irish Studies”. Finally, Asier Altuna reviews Dreaming the Future: New Horizons/Old Barriers in 21st-Century Ireland (Irish Studies in Europe 3, Trier: WVT Wissenschaftlicher Verlag Trier, 2011. Eds. María Losada Friend et al.). Here it is the interaction between the old and the new that frames the contributions. As Altuna remarks, the articles challenge critical and temporal barriers, presenting “new critical perspectives on Irish topics”. Altuna summarises all the contributions and concludes by saying that the volume is “an illuminating, comprehensive and challenging publication on Irish Studies”.

For reasons of time, a monograph on Brian Friel and a bilingual translation of Seamus Heaney’s poetry have not made it in this issue of Estudios Irlandeses. They surely will find accommodation in the next issue. William Trevor’s novel Love and Summer(2009) was translated into Spanish in 2011 (Verano y amor, Barcelona: Salamandra. Trans. Victoria Malet) by the same Publishing House that published Trevor’s previous novel, La historia de Lucy Gault (2004. Trans. Patricia Antón de Vez). I can only feel delighted that Trevor’s novels, if not his short stories, are getting known and appreciated by a Spanish readership.Verano y amor was generally hailed by Spanish critics and the reason for not reviewing it here is that the novel in the English original was already reviewed in issue 6 of the journal. Doing it again, even in translation, would be somewhat redundant.

Well, now that Ireland and Spain are both peripheral countries, both unwilling members of the exclusive club of PIGS (I am always amazed at the amount of new identities that are heaped on us), there is something to celebrate. The bonds between the two countries have historically been strong but they seem to be increasingly so. 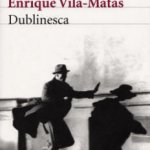 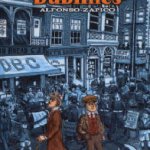 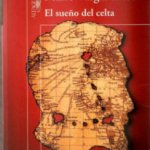 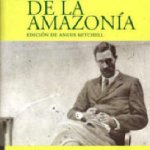 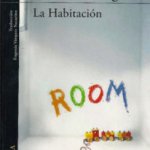 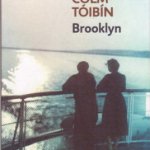 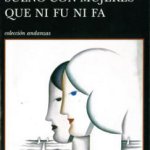 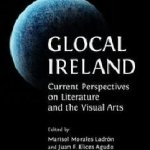 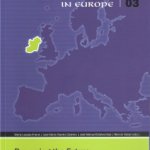