2015 by Patricia A. Lynch | This text may be archived and redistributed both in electronic form and in hard copy, provided that the author and journal are properly cited and no fee is charged for access.

Reflections on Irish Writing in 2014

The context for the literary scene in Ireland in 2014 has been as follows: the recession still continues with the focus in the past few years on the introduction of two new taxes, that on property and especially that on water supply.  It could seem that the latter is the last straw for many people, and the tax has led to much public agitation and position-taking by politicians.  For some people it seems ludicrous, as in this climate water just keeps cascading down out of the skies, summer and winter; it is not surprising that one 2014 novel is called History of the Rain.

In spite of the recession, there is no shortage on the literary front.  2014 saw no let-up in book publications, book awards, literary festivals and conferences.  The combined ACIS/CAIS (American Conference for Irish Studies/Canadian Association for Irish Studies) conference in UCD, for example, attracted a record number of participants and lovers of Irish literature from all over the globe as well as Ireland.

2014 also came in the middle of the years commemorating the founding events which led to Ireland’s achievement of independence as a post-colonised state.  This is proving to be a major fact of life for the citizens of Ireland, not just its historians, arts lovers and literati.  John O’Callaghan describes the situation wryly: “The commemoration circus is in town and it is unlikely to break for an interval until the end of Ireland’s so-called “decade of centenaries, 2013-23” (see below).  His review looks at two famous incidents of gun-running which supplied ammunition for the 1916 Rising.  2014 was also the centenary of the First World War, but I was unable to get a reviewer for books on Ireland’s participation in this world-shaking combat.   A 2013 novel based on the events of Ireland’s War of Independence, A Nightingale Falling (PJ Curtis), was in 2014 adapted for a movie of the same name, and seen in our cinemas.  It featured the events which followed the arrival of a badly-wounded Black-and-Tan officer at the home of two sisters who were the last scions of an aristocratic Anglo-Irish family, and was thus a new interpretation of the Big House motif in Irish literature.

The year also saw the millennial anniversary of a major medieval event which put a limit to the Viking invasion of Ireland: the victory of combined forces under Brian Boru in 1014 over the invaders.  What was once regarded as a straightforward engagement of Irish versus Vikings we now know to have been much more complicated, as Colin Ireland’s review of Brian Boru and the Battle of Clontarf shows.

A literary centenary, that of James Joyce’s short story collection Dubliners, was commemorated in the similarly-named collection, Dubliners 100.  The editor’s project was to get “fifteen contemporary Irish authors “covering” the fifteen original stories of Dubliners to mark the collection’s centenary” (Morris viii).  Another contemporary Dublin author, Éilís Ní Dhuibhne, here reviews the book, which adds another layer to the commentary.  As the collection includes so many different authors, it seems fitting that the review should be extended.

Aside from centenaries, Joyce will always be in fashion, and the reviews include one by Tim Conley on the contemporary burning issue of the environment in his regard: Eco-Joyce. Other reviews on non-centenary topics look at the work of contemporary women poets, of a novel by a woman writer, of a critical assessment of the work of dramatist Brian Friel, and the music of the Celtic rock band Horslips.

The contributors to this work come from Brazil, Canada, France, Ireland, Spain, and the USA, thus showing the extent of international interest and participation in Irish literature.  .

To end on a optimistic note, there are many new books by well-known Irish authors due to appear in 2015: for example, works by Belinda McKeon, Christine Dwyer Hickey, John Connolly, Gavin Corbett, Kathleen MacMahon, Paul Murray, and last but far from least, Anne Enright (RTE Guide, January 3-9, 2015: 30).  As I write, Anne Enright has just been appointed Ireland’s first Laureate of Fiction.  Listening to her on Radio Éireann this morning, January 30, she says that she will be an ambassador for Irish fiction, involving much travel, and teaching duties in both Dublin and New York.

One of the 2014 books read by me was Niall Williams” History of the Rain.   This very readable book tells a tale of family tragedy, in a saga fashion, as the Swain family philosophy of the Impossible Standard (37) makes each generation aim at and fail to reach it. The men of this English family are all heavenly-minded, mainly clergymen, until one member who has survived World War One comes to Ireland on the basis of an inheritance which was meant for the son of another family.  Here he works on the land, and when it is ready invites his father over to visit.  When the old man does not come, Abraham Swain stops believing in God and starts to believe in salmon.  His life’s work then becomes angling for this fish, and writing a book about it.  The next generation sees Abraham’s son Virgil, born, raised and educated in Ireland, and coming into contact with influences that help to put a space between him and the family fate.  The chief of these is his meeting and falling in love with a rural Clarewoman, Mary MacCarroll, whose family have lived for generations on a small farm beside the river Shannon, and coming to live with her and her mother.  Virgil and Mary have twins, Aenghus (Aeney), and Ruth who is the narrator.  Virgil and Aeney succumb to the family fate, and Ruth seems destined to die from a mystery illness, but by book’s end she is in recovery and being courted by a young Clareman.  So the curse might seem to pass from the family at last.   Ruth carries in her several dichotomies: between living and dying; being both English middle-class and rural Irish by inheritance: “We have mixed metaphors and outlandish similes for breakfast.  When you transplant a little English language into a Clare bog, this is what happens…” (36); a girl who “writes like a man” (14); a teenager who has known the greatest sorrow and the most sustaining love.

The interest in the salmon which begins with Ruth’s grandfather is a very frequently recurring motif in the novel.  Apart from the fishing imagery, the myth of Fionn Mac Cumhal, who accidentally eats the Salmon of Knowledge, is cited.  The salmon is a phallic image (36), and Aeney and Ruth “swam down the river Mam” (128) to land in the love of their family.  It is intimately connected with the rain and the river Shannon which threatens to flood their home and land, and it takes away Aeney one day.  There are many parallels in this novel with Marina Carr’s play Portia Coughlan; the twins, boy and girl inseparable; the boy an angelic person who drowns in the river, and whom his sister seeks after for the rest of her life; in Ruth’s words, separated from her shadow she seeks to reunite with it always (104).

This might seem from the above to be a depressing book.  It is also heavily intertextual, to the greatest extent of any novel of my acquaintance, which might make it very ponderous.  What redeems it from both is the wonderfully wry humour of the narrator, Ruth, which rarely fails her as she lies in her “boat bed”, ill and seeking to understand her father and life, as the rain constantly washes down the skylight.  Another attractive feature of the book is its descriptiveness.  In depicting the area and its inhabitants, they seem to come alive to the reader: “The village has three pubs, all of which the Minister for Fixing Things Not Broken wiped out when the drink-driving laws changed and petrol stations started selling Polish beer.  …  At the end of the village is the Post Office which is no longer a Post Office since the Rationalisation, but following the edict Mrs. Prendergast refused to surrender her stamps …” (44-5).  The recession of these decades is a prominent feature of the locality, but fails to break the local people, like Ruth herself.  Humour can conquer so many adversities. 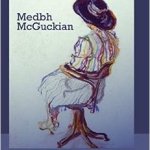 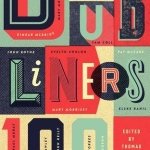 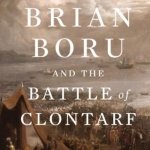 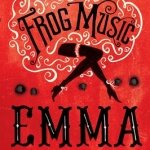 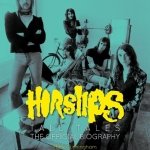 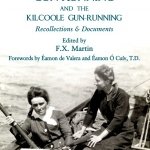 Pagan to the Core by Máighréad Medbh 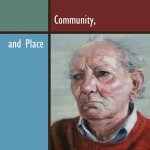 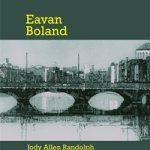