2015 by Constanza del Río-Álvaro | This text may be archived and redistributed both in electronic form and in hard copy, provided that the author and journal are properly cited and no fee is charged for access.

Ireland has been on the papers worldwide this last week. Accidentally, the Court of Appeal legalised certain drugs and, for a day or so, until the wrongdoing was righted, everybody could get high with the government’s approval. Wish something similar happened with mortgages and bank loans. A universal web blackout (doesn’t have to last long or the world would collapse, just 30 seconds) deletes bank data and it is impossible to retrieve them. Imagine? Much better than ecstasy or ketamine, and healthier, mind you.

Now, seriously. In 2014 we said farewell to Irish Ambassador Justin Harman, always so caring and helpful, always willing to participate and give a hand. We wish him good luck in his future career and endeavours. Like swallows they come and go, and so we heartily welcome Ambassador David Cooney, as gentle and generous as his predecessor. Before leaving the Embassy, Justin Harman attended, this year as every year, the XIII International AEDEI Conference, under the heading “Éire/Ireland and Dysfunction” and held at the University of Deusto (Bilbao), from 29-31 May. The Conference had a special focus on Kate O’Brien, who lived and worked as au-pair for some time in Portugalete, Bilbao. Eibhar Walshe, a good friend of our association and a specialist in Kate O’Brien, was invited as keynote speaker. The Mayor of Bilbao offered a reception in the “Arab Room”, a splendid chamber in the Town Hall, where the Spanish translation of O’Brien’s book Teresa de Ávila (trad. Antonio Rivero Taravillo) was launched. Other scholars, writers and artists stimulated the audience with their wisdom and performances: sociologist Tom Inglis, writers Emer Martin and Billy O’Callaghan and musician Steafán Hanvey. Some students, directed by Asier Altuna (Senior lecturer in Deusto, organiser of the conference and current President of AEDEI) staged Yeats’s and Gregory’s Cathleen Ní Houlihan in a beautiful room. This was a memorable and touching event. The University of Deusto impressed me for its magnificence and also because it is a university “with a view”. Just facing the river and the famous Guggenheim Museum, it outwardly conflates tradition and modernity in the best possible way, a combination also reproduced inside the University buildings. We all delighted in the Basque country’s food and wine and congratulated Asier on such an unforgettable conference.

In Zaragoza, a cycle on Joyce started in January 2015 and will end in the high note, linguistic fireworks and celebrations of Bloomsday. Once a month in the Teatro de las Esquinas, certain lecturers from the Department of English Studies at Zaragoza University (myself included), together with actors, musicians and a Lacanian psychoanalyst gather together to offer songs, recitations, commentaries, and viewings of filmic and dramatic adaptations of Joyce’s work.  So far, we have covered Joyce’s poetry, Dubliners and A Portrait. The title of the cycle is “Who Knows Joyce?”, and the main idea is to bring the Irish writer closer to the people and encourage them to read his work. In the three sessions held up to now, the place has been packed (admission free) and the audience seems to have enjoyed the spectacle while leisurely drinking a bottle of stout (not free).

[(“The Nightingale and the Rose” (1888), The Picture of Dorian Gray (1890), Salome (1894), The Ballad of Reading Goal (1898) and De Profundis (1905; 1962)]. Rafter’s production started on 26 November and ran until 7 December in the Teatro Epañol, thus coinciding with the anniversary of Wilde’s death in Paris, 30 November 1900. In a tragicomic tone, it narrates in English (with Spanish subtitles) the last lonely and miserable years in Wilde’s life. A tremendous success has been the Spanish production of Colm Tóibín’s play The Testament of Mary (2013). Translated by Enrique Juncosa, adapted and directed by Agustí Villaronga (better known as film director since, in fact, this is his first dramatic venture) and interpreted by famous actress Blanca Portillo, the triumph of the play has lain as much on Tóibín’s iconoclastic, though humane, view of the Virgin Mary and her son’s life and martyrdom as on Portillo’s excellent performance. Portillo is a long-distance runner, never shying away from increasingly harder challenges. The play’s premiere took place in November 2014 in Madrid, Teatro Valle-Inclán, where it run until Christmas. With the coming of the new year it started touring other Spanish cities. 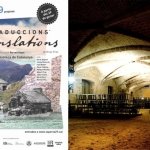 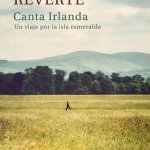