2016 by Patricia A. Lynch | This text may be archived and redistributed both in electronic form and in hard copy, provided that the author and journal are properly cited and no fee is charged for access.

Reflections on Irish Writing in 2015

Irish Studies has continued to flourish in 2015 through to 2016, a time when the economic recession in Ireland has abated slightly, while in common with the preceding years cultural productions have remained indomitable and true. “Yeats 150” celebrated a series of productions and events based on the works of W. B. Yeats a century and a half after the birth of the poet. At Dúchas.ie, the Irish Schools’ Folklore Collection of 1938 is beginning to be made available online.  More material on the Famine of the 1840s is coming through continually, while modern famines and hardship such as that in Syria have received worldwide attention; ships of the Irish Navy are among those rescuing migrants from overcrowded boats and the sea. Prominent authors have won honours, for example Anne Enright being the first Irish Laureate for Fiction.  Irish Book Awards 2015 have honoured authors such as Donal Ryan for a book of short stories, A Slanting of the Sun, as well as Anne Enright’s novel The Green Road, and newer writers for both fiction and non-fiction. At the age of 84 Edna O’Brien has published her most recent novel The Little Red Chairs, discussed in the reviews below.  Colm Tóibín’s novel Brooklyn has been screened as a film with young Irish star Saoirse Ronan in the leading role, and at the present moment has been nominated for three Oscars, while Emma Donoghue’s novel Room with screenplay by the author herself, is nominated for no less than four.  This helps to compensate in part for the loss of Maureen O’Hara, star of the film classic The Quiet Man, who has died in recent months.  In the field of theatre we have lost a master, the incomparable Brian Friel, who together with Seamus Heaney formed two giants of contemporary Irish literature.  Just this morning, January 31, has come the news of the death of Terry Wogan, the famous Irish-born British-based broadcasting presenter, whose voice and personality has brought such distinction to all things Irish at home and abroad.  These are our losses.

This period has been designated the decade of centenaries of events in Ireland and the wider world, and 2016 especially will commemorate the events which led to Ireland achieving independence. In this regard, let me quote from John O’Callaghan writing below about Irish literature of the First World War but which is also applicable to literature about the Easter Rising: “A tension emerges between the will to deny distress and the will to confront it openly. The private and public spheres of memory are also often disconnected and fragmented – memory can be personal as well as political. For every officially sanctioned state commemoration, there will be an enduring dissident version”.  Examples of these statements can be seen in the works named below.

As part of this commemoration many books have been published in recent years, for example, there is a series of titles based on each of the 16 leaders executed in 1916.  George Morrison’s Mise Éire, a film history of the events to the music of Seán Ó Riada, first made in 1959, is to be remade this year, and the new musical version was premiered this month at the National Concert Hall in Dublin.  Other less prominent facets have been covered, for example the deaths of young people that Easter in Joe Duffy’s factual book Children of the Rising.  The Abbey Theatre in Dublin announced last November its programme of plays for 2016, “Waking the Rising”; of the ten plays to be staged, only one was by a female writer.  This led to an outcry by female authors; the series of protests had as their title “Waking the Feminists”, the first word of which has the sense not so much of an awakening as the mourning vigil before a funeral. These Sunday nights of January have also seen us glued to the screen as we watch the TV drama Rebellion.  This is a creative interpretation of the events of the Rising which form the background for a new drama in which young people, especially women, respond to the events individually.

Of the reviews in this 11th issue of Estudios Irlandeses, two have to do with events of the centenaries, two are assessments of contemporary Irishwomen’s writing, and one looks at a work of fiction by a twenty-first century novelist who is radical and innovative. In this vein, I include here my review of The Mark and the Void by Paul Murray, also a young twenty-first century novelist.

The title of this novel is composed of a type of binary; the front cover too depicts a series of coloured marks against a blank white background, in a way reminiscent of the lethal crayoning of the child Remington onto surfaces allowed and definitely prohibited!  The concept is used cleverly in other ways: the narrator Claude is the mark through which other characters hope to rob the bank; it is the title of a very expensive and obscure painting composed of words put onto a blank canvas, it represents the hurricane expansion of banking into a void, at the eye of which stand the main characters, the marks (2015: 85).  One could continue in this vein but the general idea is sufficient here.

This is a very funny novel but the humour is at times so bleak that it seems weighed down by the overwhelming voids and the powerlessness of the marks.  As in his previous novel Skippy Dies  (2010), Murray uses as geographic area a microscopic part of Dublin, and in both novels this mini-Dublin is a world in itself to its denizens.  It is not surprising that the population of two adjoining schools and their immediate environs (Skippy) should be so limited, but the world of Irish banking is more surprising, given its international ramifications and the fact that the bankers are composed of many different nationalities.  However the nature of their work and its twenty-four-seven demands have turned these individuals into ciphers with shared opinions and actions; they are always dressed the same, even on so-called Casual Days, and they spend all of their free waking time together in a limited set of hostelries close by.  Satire of Irish banks and international banking in general is profound, and real-life characters and institutions can easily be discerned.  There is an undertone of violence which finds its vents in the expressed sentiments of the traders, the minor devils of this piece, and it finds an outlet occasionally in physical form in the nightclub.  These establishments corrupt the minor characters who happen to be poor women from developing countries.  Banking itself forces characters like Claude who are basically people of good intent into ruthless employees of the main devil, which is the banking system.  Into this almost medieval morality play, Claude is represented as Everyman subject to pressures both good and bad.  Moments of farce occur often however to lift the mood as Claude in particular does so many foolish things, resulting in scenarios which seem to demand a film starring Adam Sandler to do the comedy justice.  These usually involve the novelist character, interestingly called Paul, his Russian henchman and his little son.

To a large extent, this is a work of metafiction.  All through, the novel is life while life itself is seen as a novel.  Paul’s supposed novel is to feature Claude as a banking Everyman, and the bankers are excited at the prospect of being immortalised in fiction; Paul’s handwritten notes prompt Claude to think: “For the first time it strikes me: we are being narrated” (48). The bankers themselves undertake a critique of Paul’s previous novel:  “I suppose the thing to remember is that it is only a book. …. Not real life” (2015: 103).   The author’s idea that as Everyman Claude might fall in love with an exotic waitress actually comes to pass as the result of his suggestion, and Claude wants Paul to help him “plot that story” (163); Claude also believes that Paul’s activity in doing this will steer the author back to writing a novel.  Paul however believes that his website of attractive waitresses is the natural replacement for fiction: “It’s like your own personalized, never-ending novel” (295).   The book deals also with tropes such as writers’ block, authorial jealousy, literary patrons and harsh reviewers.  At the end, Claude narrates the events which have happened to him as the plot of a potential novel.

A case could also be made for seeing this as a love story or stories, that of Paul and his wife Clizia, and Claude with the exotic Greek waitress Ariadne.  It is clear that his Australian colleague Ish has feelings for Claude, but he is too blind to see it.  He sees her in a brotherly light and looks after her welfare, while in turn she sacrifices her career to save that of Claude. In the end the lovers are all reconciled except Ish, who will leave banking and return to its antithesis, the Pacific islanders who live by a system of gifts and common ownership.  Meanwhile the banking machine grinds on, carrying with it its complicit employees.

To conclude, this is my sixth and last year as reviews editor for “Irish Studies Round the World”, a task that was very congenial, and for which I am so grateful to the General Editor Rosa Gonzalez, to the editorial committee and also to the wider membership of AEDEI.  It would not have been possible without the work of so many reviewers not only in Ireland and Spain but all over the world.  Let me end by thanking most sincerely those academics who contributed their assessments of one or more books to “Irish Studies Round the World” in Estudios Irlandeses.  Their names, in alphabetical order, are: Malcolm W. Ballin,  Brian G. Caraher,  Viviane Carvalho da Annunciação, Tim Conley, Mairéad Conneely, Eilís Ní Dhuibhne, John Eastlake,  Eoin Flannery,  Gisele Giandoni Wolkoff, Irene Gilsenan Nordin, Luz Mar González-Arias,  Maureen Hawkins, Colin Ireland,  William A. Johnsen,  Sean Kennedy, Declan Kiberd, Beatriz Kopschitz Bastos, Eamon Maher,  Alfred Markey,  Karen Marguerite Moloney,  Marisol Morales-Ladrón, Edward Moxon-Browne,  Tony Murray,  John L. Murphy,  John O’Callaghan, Patrick J. O’Connor, Riana O’Dwyer,  Tina O’Toole,  Jonathan Owen,  Manuela Palacios, Keith Payne, Martine Pelletier, Louise Sheridan,  Gerry Smyth, and  Meg Tyler.   Your work endures so long as Estudios Irlandeses will continue to be read, into the indefinite future. 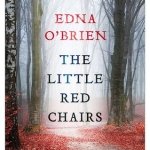 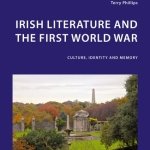 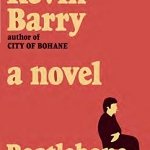 The Great Reimagining: Public Art, Urban Space and the Symbolic Landscapes of a ‘New’ Northern Ireland
Issue 11, The Year in Review