2017 by Ruth Barton | This text may be archived and redistributed both in electronic form and in hard copy, provided that the author and journal are properly cited and no fee is charged for access.

It has been a sparse year for publications on Irish film and media, a phenomenon that is hard to reconcile with the prolific output of those industries. Of course, there is a time lag between the appearance of a film or TV show and its academic treatment, yet it is hard to see why so little is coming through from publishers. One possible explanation is that the 1916 commemorations superseded all other events. Certainly, publishers were falling over each other in the past year to keep up with readers’ interest in public and private accounts of the Rebellion. Irish cinema, an arriviste art form with little history, may have slid down the priority list. My feeling also is that the shocking underfunding of the Irish Third Level system, and particularly graduate study, are now being felt in the low tally of recently completed PhDs in Irish film. With that comes a lack of the crucial new scholarship needed to keep the discipline thriving. My other concern is that international publishers are not hugely interested in what is, realistically, a minor subject. We still have local publishers, many performing stellar feats on minimal budgets, but when it comes to international rankings, publications from these small Irish publishing houses don’t count. Rising scholars, even established scholars, will want the prestige of a major Anglo-American publisher’s name running down the spine of their book. Failing that, they may decide to opt for publication via journals, certainly not a bad option given the much greater chance of finding a readership. A further deterrent are the extortionate cover prices now routinely being demanded by book publishers, many of whom have no compunction in charging €80-€100 for a hardback volume. How many of our students can afford to read our books? I hope that I’m wrong, and this is a blip not a trend, but I don’t feel the market as it is favours the kind of books I’d like to see coming out on Irish film and media. 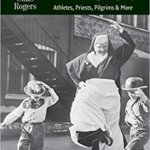 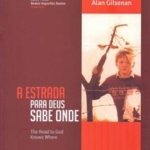 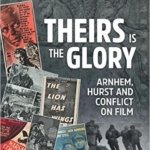 Theirs is the Glory: Arnhem, Hurst and Conflict on Film
Issue 12, The Year in Review