2017 by Marisol Morales-Ladrón | This text may be archived and redistributed both in electronic form and in hard copy, provided that the author and journal are properly cited and no fee is charged for access.

Last March 2016, only a month after the Irish government had lost the elections – a coalition formed by Fine Gael and the Labour party – a survey conveyed by a Eurobarometer placed the Irish people as the most optimistic in Europe, for they held a strong confidence in the future. In spite of the parallel plights between Ireland and Spain, in their endeavours to deal with deadlock mandates, such judgement seems fair in retrospect. It took the Irish only two months to negotiate a way out of such crisis, forming a minority government with the re-elected Fine Gael Taoiseach Enda Kenny, who managed to pact with the historically rival party Fianna Fáil. Certainly, a much shorter span of time than the eleven paralysed months of the Spanish acting political administration.

On a wider scale, the state of affairs of most European governments, and I even dare say of the whole world, could only probably be described with the term “instability”, to say the least. From the refugee crises and the homeless families, the raise of racism and intolerance, the endless terrorist tragedies or the menace of ISIS, to the Brexit, the awakening of reactionary forms of leadership, social turmoil and convulsion, the year 2016 has been gauged in general terms by the struggle to find peace and stability. For some commentators, this could be seen as the preamble of a darker age in which the upsurge of populism, large-scale social alarms and a lack of democratic skills to properly manage countries are being fostered. For others, this second decade of the new millennium is silently paving the way for the emergence of a new order that will rule the world in the next generations with outcomes that have not been foreseen yet.

In the context of Ireland, a nation defined by its own historical contradictions, two relevant and divergent events deserve to be mentioned. On the one hand, the first anniversary celebrations of the passing of the marriage equality referendum in Dublin Castle at the end of May, which brought together politicians, newly married couples and supporters of the campaign to commemorate such a success for progress and social freedom. On the other, only three months later, a young woman and her friend live twitted their journey to the UK to have an abortion, turning the issue not only viral in social networks but also achieving an unprecedented media coverage. The following month, at the end of September, thousands of people marched the streets of Dublin to advocate the repeal of the Eighth Amendment of the Irish Constitution and defended the right of women to have safe and legal abortions in Ireland, claiming that the actual law endangers both the health of women and their rights to take decisions on their own bodies, while it lawfully protects the life of the unborn child. Finally, on another note, education has also been a source of tension and disruption in Ireland over the last few months with secondary schools strikes, organised by the ASTI (Association of Secondary Teachers Ireland), due to a lack of agreement with the Government over lower pay wages for new teachers and the working of extra hours.

However, by far, the most important event in the country has been the commemoration of the centenary of the Easter Rising, with an impressive and wide array of events covering all fields of political, social and academic life, including exhibitions, official remembrances, theatrical plays, publications and even a parade through Dublin city. Significantly, Lia Mill’s novel Fallen (2014), set against the backdrop of the First World War and the Easter Rising, was chosen to celebrate the “One City, One Book Festival”, which was renamed as “Dublin-Belfast, Two Cities, One book”, in an attempt to sound more inclusive and conciliatory. The celebrations have also been seconded outside the country with Irish Embassies, Consulates, Culture Ireland and partners joining their forces to mark such an emblematic stage for Irish independence. In the case of Spain, within the Ireland 2016 Centenary Programme, there was a transmission broadcasted live in Madrid of a special event that took place in the National Concert Hall in Dublin: a documentary on the Rising produced by the University of Notre Dame that had its Gala screening on March and counted with the attendance of President Michael D. Higgins.

As regards the most significant cultural accomplishments, the successes of two literary films deserve to be mentioned. On the one hand, John Crowley’s adaptation of Colm Tóibín’s novel Brooklyn – with screenplay by Nick Hornby – was nominated for three Academy Awards – Best picture, Actress and Screenplay –, won an award at the Baftas for the Best British film and two others at the Irish Film and Television Awards for the Best Actress in a leading role – Saoirse Ronan – and the Best supporting actress – Jane Brennan. On the other, Lenny Abrahamson’s adaptation of Emma Donoghue’s Room, also won further awards at the Irish Film and Television Awards, including that of Best Film, three Academy Awards nominations for Best Picture, Director and Actress, and the protagonist, actress Brie Larson, received multiple awards, including the Bafta, the Golden Globe and the Screen Actors Guild Award.

Moving now on to activities organized in Spain around Irish subjects, we need to mention the participation of the Embassy of Ireland in the organization of a wide variety of events, including traditional music and dance with Púca Óg – a folk band based in Madrid – an interactive workshop with the Gaelic Athletic Association (GAA), drama performances and dramatized readings of “The Dead” by members of both The Bloomsday and Yeats Societies, and the performance of Irish tenor Ross Scanlon and pianist David O’Shea, from the repertoire of the renowned Irish musician John McCormack. Also, for the second year, last March, the St. Patrick’s Family Fun Day was organized in Madrid with activities including Irish sport, music, dance, storytelling and theatre. Additionally, the annual Bloomsday celebrations across Spain brought major events that took place in different towns, with some of Ireland’s leading Joycean interpreters, such as actors Paul O’Hanrahan and Cathal Stephens, or singers Darina Gallagher and Sinead Murphy.

Within the field of Irish Studies in Spain, our annual International AEDEI Conference, which has run now for fifteen editions, was successfully hosted in Zaragoza last May by Constanza del Río, with the general title of “Revolution/Evolution/Involution in Twentieth-and Twenty-first-Century Ireland”, which evoked the Easter Rising 1916 and its manifestations in the revolutionary decade of 1913 to 1923. Fulfilling the multidisciplinary approach of all AEDEI conferences, the contributions covered a variety of fields of study including those of history, sociology, music, literature, art, culture, language and politics. Keynote lectures were pronounced by Declan Kiberd (University of Notre Dame), Gerardine Meaney (UCD) and Maureen O’Connor (UCC). Additionally, two invited artists completed the programme: Vukasin Nedeljkovic, a visual artist and PhD candidate at the Centre for Transcultural Research and Media Practice at Dublin Institute of Technology; and performance poet from Galway Sarah Clancy.

As regards publications, translations of Irish works into Spanish have also proliferated. Last September, the translation of Brian Friel’s emblematic Translations, by AEDEI member Yolanda Fernández Suárez, was launched at the Irish Embassy in collaboration with the Asociación de Directores de Escena de España. A month later, the translation of Edna O’Brien’s The Little Chairs, as Las sillitas rojas, by Regina López Muñoz, was presented in the “Tipos infames” Bookshop in Madrid sponsored by its publishing house Errata naturae; an event that was attended by the author herself, who answered questions at the end. Finally, the Centro Dramático Nacional coproduced Mármol (Marble, 2009) last November, the first of Marina Carr’s works to be translated into Spanish, by Marta I. Moreno and Antonio C. Guijosa. Premiered in the Teatro Valle-Inclán, and directed by A. C. Guijosa, the play could be seen until the end of December, with actors and actresses José Luis Alcobendas, Elena González, Susana Hernández and Pepe Viyuela.

Given such a productive year for Irish studies in Spain, I can only conclude this section adding that it does not surprise that the academia has also contributed its own share with three book collections and one translation that will be reviewed in the following pages. 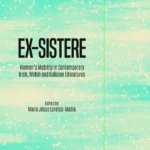 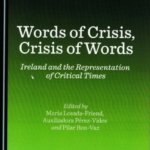 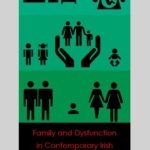 Family and Dysfunction in Contemporary Narrative and Film 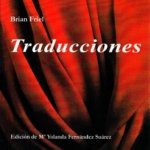