2017 by Christina Hunt Mahony | This text may be archived and redistributed both in electronic form and in hard copy, provided that the author and journal are properly cited and no fee is charged for access.

I have taken up the position of Reviews Editor just as the centenary celebrations and commemorations for the Easter Rising were beginning. It will be difficult to give an overview of the cultural outpouring that Dublin and all of Ireland has experienced this year, made more impressive by considering the obstacles needed to be overcome. Much of the Rising was, of course, Dublin centred, and while ceremonies were conducted and great crowds gathered at Arbour Hill, Kilmainham and the GPO, Dubliners struggled with LUAS and bus strikes, and making their way through a city centre beset by construction.  Nationally we were buffeted by the vicissitudes of an unfamiliar form of minority government, demands for the repeal of the 8th amendment to the constitution, a staggering housing shortage and Irish administrative scandals that marred the glorious accomplishments of the athletes at the Summer Olympics in Brazil. All the same the pair of O’Donovan brothers from Skibbereen, who rowed their way to victory, captured the hearts of the country. And with mention of such a beautiful place on the far western shore, and for those of you who have already made your way along The Wild Atlantic Way, I can report you can now explore a similar path in The Ancient East – a tourism incentive that includes no fewer than seventeen counties (lest anyone feel left out!).

It seemed as though every cultural institution in the country was fully invested in the centenary.  The National Concert Hall pulled out all the stops, if one can make use of a musical pun, showcasing a range of creative and intellectual talent in its Imagining Home series of seven concerts that included literary, political and dramatic elements. One of these, On Revolution, curated by Colm Tóibín, featured lectures by Joseph O’Neill and a group of international writers whose personal experience of revolution put The Rising into a broader perspective.  The programme included music by Donnacha Dennehy performed by Crash Ensemble.  Another night in this series at the NCH, The Literary Imagination, included discussion with John Banville, Ann Enright, Eavan Boland, Nuala Ní Dhomnaill, John Montague, Paul Muldoon and others, while subsequent programmes showcased Irish language writing, and a dramatic performance of Beckett’s Not I and Footfalls by noted interpreter Lisa Dwan.

RTE, as national broadcaster, presented an impressive assortment and number of original and vintage programmes on both radio and television. Fire in the Blood, a four-part series on The Celtic Revival, included an investigation of Lady Gregory’s crucial role in Ireland’s cultural awakening, narrated by actor Derbhle Crotty; Douglas Hyde’s importance to the Irish language revival, narrated by Fiachna Ó Braoináin, was followed by the visual arts component of the Revival signified by the work of Harry Clarke, presented by singer Camille O’Sullivan.  The series finished with an analysis of Michael Cusack’s development of the GAA, narrated by Anna Geary.  Yet another four-part series, Ireland’s Rising, took the centenary out of Dublin and into the Four Provinces and was presented by Fiona Shaw, Ryan Tubridy, Ann Doyle and Jim McGuinness – with respective concentrations on Cork, Galway, Wexford and Donegal. An independent documentary devised and narrated by archivist Catriona Crowe, Life Before the Rising, made viewers aware of the ordinary lives of Dubliners before they were overtaken by revolutionary events.  Another independent programme, an import, was Bob Geldolf’s, A Fanatic Heart, a stunning and original two-part documentary on Yeats, broadcast first on BBC and subsequently on RTE. Meanwhile smaller budget offerings seemed to cascade out of the Montrose Studios – on radio Myles Duggan’s Sunday evening “History Show” produced gem after gem; “Sunday Miscellany” offered suitably themed programmes, and took to the road; and John Bowman’s selection of relevant programmes from the archives was a revelation – especially those interviews of Rising participants and survivors reminiscing in old age. Most of the RTE centenary programming remains available in podcast and other playback functions.

The National Library’s flagship exhibition, Rising, was on view for eight months at The Photographic Archive in Temple Bar, an accessible and popular venue for thousands of visitors to Dublin.  The library’s huge 1916 digital project, “The Seven Signatories and Their World” placed 90,000 images online for diasporic and worldwide participation, while the National Archives released yet more crucial documents for researchers and the general public alike (see the review of The Stinging Fly in this issue).  Meanwhile on Ely Place RHA president Mick O’Dea’s tribute exhibition, “The Foggy Dew”, showcased four large canvases of pivotal sites during Easter Week and included three-dimensional figures, such as a representation of Daniel O’Connell, for whom the Sackville Street location of the most intensive fighting during the Rising would be renamed. The exhibition also reminded us that the original RHA on Lower Abbey Street was destroyed by fire during Easter Week. O’Dea’s work included a dramatic script and was toured at provincial arts centres. And on Dawson Street, The Royal Irish Academy offered a lecture series on 1916 as a Global Event, and on Easter Monday hosted an unusually varied programme of lectures and discussions with emphasis on the material culture of the 1916 era, including the clothing worn by the rebels and the graffiti in Kilmainham Gaol.

Nothing could compare, though, with the official events.  An audience of 2,000, with tickets obtained by lottery, heard a combined choir of 1,100 voices perform a new work by Shaun Davey, A Nation’s Voice, with text written and recited by poet Paul Muldoon in the open courtyard of Collins Barracks on Easter Sunday.  President Michael D Higgins and wife Sabina presided over commemoration after commemoration, perhaps most poignantly at the wreath-laying ceremony on Easter Monday at the GPO.

After the events at Easter there was the expected range of summer school – that notably Irish institution.  In Kerry Listowel Writers’ Week featured Lucy Caldwell, Danielle McLaughlin and Anakana Schofield, all new names on the literary horizon.  Meanwhile the venerable Merriman Summer School’s participants included historian Diarmuid Ferriter (a very busy man during this commemorative season); women artists were well-represented by, among others, poet Biddy Jenkinson and playwright Marina Carr.  Later in the summer Geraldine Higgins and Ronan McDonald directed The Yeats Summer School in Sligo, given a centenary theme which presented Yeats as “the poet of the Irish Revolution”; The Kilkenny Arts Festival included a major session on the ever-contentious figure of Roger Casement, and The Parnell Summer School in Wicklow looked beyond the immediacy of The Rising under the heading “The Embers of Easter”.

IASIL held its 2016 conference at University College Cork attracting keynote addresses by Jahan Ramazani and Luke Gibbons, readings by Rob Doyle and Lisa McInerney, and a round table in honour of the 50th anniversary of Frank O’Connor’s death. In September, in a similar commemorative register, The Seamus Heaney Homeplace was opened in Bellaghy, County Derry – a stunning facility with interactive exhibits and a replica of the poet’s Dublin study.

Because many of our interests are focused on literature we can’t lose sight of the output of new and heralded Irish novelists in particular in 2015-16. Eimear McBride followed up her award-winning debut, A Girl is a Half-Formed Thing with the equally hailed The Lesser Bohemians; and for his second book Rob Doyle published a volume of short stories, This is the Ritual (see review in this issue).  A prolific Donal Ryan published his fourth book in as many years, All We Shall Know.  I was present in the impressive surroundings of TCD’s Dining Hall to hear Doireann Ní Ghríofa’s name announced as this year’s Rooney Prize winner, and seated in the room were so many former winners they couldn’t be counted without some awkward craning of the neck – Glenn Patterson, Ann Enright, Frank McGuinness, Eugene O’Brien, Kevin Barry and more.

Fortuitous re-interpretations of Irish texts in other media continue. Bailey’s winner Lisa McInerney’s Glorious Heresies has been optioned for a TV series, which the author shall adapt for the small screen herself.  Oscar-nominated novelist and screenwriter Emma Donoghue has published The Wonder, which returns her to the world of historical fiction at which she excels; and Colm Tóibín has gone from being a novelist whose work, Brooklyn, has appeared in an award-winning film, to being a scriptwriter himself. Return to Montauk, which he has written in collaboration with Vollker Schlöndorff, is based on a novel by Max Frisch. Mike McCormack’s Solar Bones, won not only the Goldsmith’s prestigious prize for innovative fiction, but also a Bord Gais Irish fiction award.  Later in the year two venerable figures in Irish fiction, Sebastian Barry and John Banville, had major publications – Barry’s Days Without End returns to members of his fictional McNulty clan now placed in nineteenth- century America, while Banville devised another example of recent Irish innovation in literary autobiography.  Time Pieces is a photographic and personal memoir of the city.

In the theatre, The Abbey and The Gate rose to the centenary occasion with duelling productions of, respectively, O’Casey’s The Plough and Juno.  The Plough and the Stars was part of The Abbey’s larger programme, “Waking the Nation 2016”, which also included a production of Frank McGuinness’ Observe The Sons of Ulster. The latter was, of course, a tribute to yet another centenary – of the Battle of The Somme.  The Abbey’s centenary programme’s notable lack of female professionals of all kinds resulted in a very successful year-long campaign, “Waking The Feminists”, which lobbied at policy-making levels to assure equality for women in the theatre in future.

The Dublin Theatre Festival weighed in with divergent and mightily impressive offerings.  The site-specific and innovative collaboration by ANU and dance troupe Cois Céim was housed in a former tenement in Upper Dorset Street and titled These Rooms. Audiences were thrust into the world of The Rising as experienced by ordinary people. And, for the heartier of theatregoers, there was Theatreclub’s It’s Not Over (and it wasn’t – for four and a half hours!), a twenty-first century remake of The Plough and The Stars.  Its promotional material suggested, rightly, that its makers would take no prisoners.  Festivalgoers could also attend the launch The Oxford Handbook of Modern Irish Theatre at The Abbey. With 41 chapters ranging over more than a century of theatre, the volume addressed both literary and theatrical aspects of drama, plus the work of directors, actors and other theatre professionals.

As the year began to draw to a close NUI Galway made its contribution in the form of three days of academic and cultural events under the umbrella of “The Centenary Conversations”, covering the themes of citizenship, culture and identity.  The academic side of the event, entitled “The Promise and Challenge of National Sovereignty” drew participants from Princeton and Oxford who joined their Irish counterparts on the podium.  And, to close, the fringe events offered considerably more whimsical fare such as that by Paddy Cullivan (of the satirical revue Callan’s Kicks), an equally satirical Leviathan cabaret event and a humourous History Ireland Hedge School.

I am sure I have missed many worthy accomplishments, appearances and other offerings of interest to Estudios Irlandeses readers, but as you can see, it has been a busy year, and one that has confirmed the vitality of Irish Studies in all its manifestations. 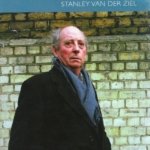 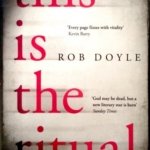 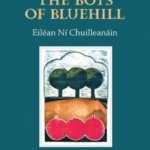 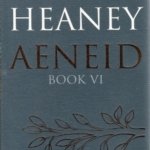 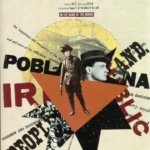 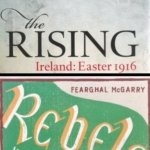 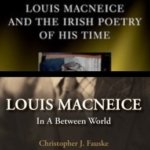 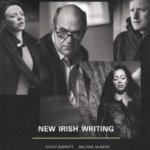 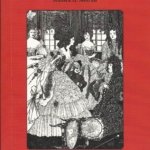 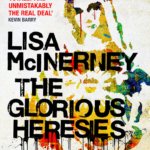 The Glorious Heresies
Issue 12, The Year in Review