2018 by Ruth Barton | This text may be archived and redistributed both in electronic form and in hard copy, provided that the author and journal are properly cited and no fee is charged for access.

Another year has come and gone with little academic writing to show for Film and Media studies. I do appreciate that very interesting scholarly work on these topics is appearing in journals and collected editions. A search for “Irish cinema” in FIAF, for example, produced a listing of seventy results in the period 2010-2019. Interestingly, however, the bar chart peaks in 2011 (22 records), up somewhat from 2010 (15 records), descends to 13 records in 2012, to 10 records in 2013, to one record in 2014 (which seems to have minimal connection with Irish cinema anyway), a surge to five (very relevant) records in 2015, sliding back to one in 2016, (an article in Variety in a Special Supplement on Irish cinema that was presumably paid for), and three in 2016 – two trade journal articles and an essay on Monty Python. FIAF doesn’t include chapters in Readers and its databasing of trade journals slightly skews the numbers. EBSCO for instance only lists thirty-two articles for the period 1994-20, which seems a little ungenerous to me. Literature Online, which covers book chapters and monographs as well as journal articles, lists 151 results, though these go back to the 1980s and regrettably don’t include search fields to narrow by date.

To return to the FIAF search, it does seem that the decline in book-length publications mirrors an overall drop in scholarly research in this field. However, I would like to believe it is a blip rather than a trend. For all those reasons, I am not giving up on this section, but I am suspending it. With luck Irish film and media studies will soon welcome a gaggle of new babies into the world of academic publishing and it will be 2011 all over again. 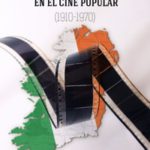 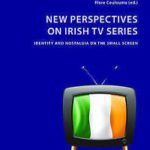