2018 by Marisol Morales-Ladrón | This text may be archived and redistributed both in electronic form and in hard copy, provided that the author and journal are properly cited and no fee is charged for access.

Border issues have been the source of deep anxiety and distress in Ireland in the past few months. The year opened with British Prime Minister Theresa May confirming the disconnection of Britain from the European Union after Brexit, which inevitably involved the negotiation of the terms upon which the Northern Irish border had been established. While Ireland has been involved in an intense inward evaluation of what an undesirable hard border would entail, it has also strategically expanded outwards, looking for the support of other European countries with which to strengthen ties, including Spain. In fact, the year started with a meeting on January 12th between former Taoiseach Enda Kenny and Spanish Prime Minister Mariano Rajoy in Madrid, with the intention of minimizing the potential side-effects of Brexit, enhancing business networking, preserving mutual interests and fostering the indivisibility of the European project. At present, Brexit negotiations have moved forward to another stage, which involve guaranteeing the protection of the peace process and of the economy of the whole island, and the refusal to erect a hard border.

Major changes have also occurred in the government of the Irish nation. Leo Varadkar, Ireland’s youngest Taoiseach in history, the first coming from an ethnic minority and also the first one to declare himself openly gay, was appointed in mid-June as the new Prime Minister, succeeding former Fine Gael leader Enda Kenny. Among other political concerns, Varadkar has held the responsibility of dealing with the long-demanded Repeal of the Eight Amendment of the Irish Constitution, that condemns abortion and limits the choices of women who find themselves in an unwanted pregnancy. A referendum will take place around May-June 2018, which could result in the passing of a Bill that could allow pregnant women up to twelve weeks to have an abortion and includes a number of other clauses that were also pleaded. In spite of the political advances and negotiations, last December, the Taoiseach declared that he would not reveal his personal opinion on the matter and that he would allow dissenting voices within his cabinet to vote against the proposal.

On a different note, and as I write these lines, news of the recent Laureate for Irish Fiction come through. Sebastian Barry, a writer of profound truths and genuine insight into the human condition will succeed Anne Enright for the next three years. His recognition that “we are in an unexpected golden age of Irish prose writing” (Doyle 2018) contrasts with his anxieties at an early stage of his career when, as he has admitted: “There’s a part of me when I was young that would happily have poisoned the soup of every other writer, just to get them out of the way” (Heaney 2018). Such success of the Irish letters can only be matched by Edna O’Brien’s PEN literary award, in the same week, for a lifetime achievement. But throughout the year, other literary prizes have also acknowledged the work of high profile authors, among whom we can include Benjamin Black – John Banville’s fictional penname and alter ego –, who was awarded the RBA of noir fiction for his novel Sin last September, and Sebastian Barry and Mike McCormack, who were longlisted for the Man Booker Prize last July.

As regards cultural activities organized in Spain and in connection with Irish studies, I should first refer to an extraordinary event that took place in Asturias last October-November. Irish extremely genuine and transgressive artist, Amanda Coogan, performed “Spit, Spit, Scrub, Scrub” in the Niemeyer Centre, as part of the exhibition “I’ll sing you a song from around the town”, which was curated by AEDEI member Luz Mar González Arias. Coogan’s durational performance intended to highlight body self-control, the abject and gender biases in contemporary society. The Niemeyer centre also showcased the documentary “Amanda Coogan: Long Now”, directed by Paddy Cahill, which explored the function of time in her durational performances. Further cultural celebrations in Madrid, mostly supported by the Irish Embassy, involved the “Navideña Feria Internacional de las Culturas”, which took place in December in El Matadero, with a dramatized reading of W. B. Yeat’s On Baile Strand, Irish music played by Púca Óg and Compañía Trotadanzas, and Irish dancing performed by the Irish Treble dancers. A lot of other activities have also proliferated in different parts of Spain all through the year, such as Bloomsday celebrations, Irish music Festivals and Conferences and seminars on Irish studies, including the traditional annual meeting of AEDEI, which was organized by the University of La Rioja.

Finally, the number of publications dealing with the literature, culture, music and cinema of Ireland in the 2017 has increased in Spain both in quantity and scope, showcasing a wide array of interests across different genres and disciplines. The present section includes, therefore, six of those monographs or special journal issues, and inevitably has to leave for next year recently published Spanish translations of Irish texts, such as: Máximo Aláez Corral’s Desnudo, by Nuala Ní Chonchúir; Luz Mar González Arias’s Un almuerzo literario y otros cuentos, by Éilís Ní Dhuibhne; and José Francisco Fernández’s Cómo es, by Samuel Beckett, among others. I can only end this short overview of the state of Irish Studies in Spain in 2017 congratulating every author, editor and contributor, for their achievements, and encouraging a new breath of Irish scholars, to continue producing further critical studies that will contribute to enhance and enrich the field of Irish Studies in Spain.

Heaney, Mick. “Sebastian Barry: ‘Part of me when I was young would have poisoned the soup of every other writer’”. The Irish Times. 10 February 2018. 19 February 2018. https://www.irishtimes.com/culture/books/sebastian-barry-part-of-me-when-i-was-young-would-have-poisoned-the-soup-of-every-other-writer-1.3383391. 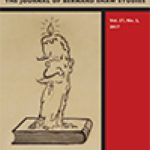 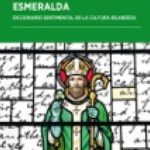 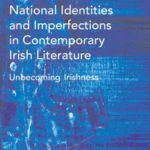 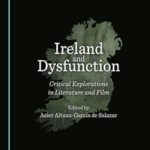 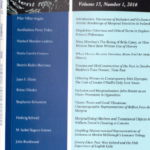 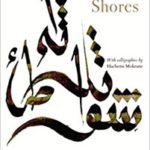