2018 by Christina Hunt Mahony | This text may be archived and redistributed both in electronic form and in hard copy, provided that the author and journal are properly cited and no fee is charged for access.

In the year following Ireland’s very successful commemorative programmes on the centenary of the Easter Rising, commemorations continue and shall continue to do so for nearly another decade, marking World War I, the signing of the Anglo-Irish Treaty, the Civil War and other events. Events of a commemorative nature in the latter part of 2016, not recorded in this space last year, include, most notably, the much-anticipated opening of the Seamus Heaney centre, The HomePlace, located on the site of a former RUC barracks near the poet’s childhood home. Among the initial offerings featured poet Paul Muldoon’s response to Heaney’s final collection, The Human Chain; a selection of Homeric inspired readings, by Adrian Dunbar, relating to Heaney’s plays and poems on classical themes; and a reading by Bernard McLaverty from his new novel Midwinter Break. It had been sixteen years since McLaverty, who now resides in Scotland, had published a novel.

Poetry Ireland has moved to its new premises in Parnell Square near The Writers’ Centre. Among other recent programmes sponsored was Paul Muldoon’s road show, entitled Muldoon’s Picnic. Originally on offer in New York, it was a week of readings and music by a large and changing cast of artists, including Anne Enright, Michael Longley, Paul Murray and Muldoon’s band, Rogue Oliphant with Cait O’Riordan of The Pogues, as it moved to five venues around the country in August and September of this year. And in October another sponsored event, attended by family members and others, celebrated the 90th birthday of poet Richard Murphy, now resident once again in Sri Lanka. A collection to honour the poet on the occasion, edited by Ben Keatinge, Making Integral: Critical Essays on Richard Murphy, will be published by Cork University Press in 1918.

Other poetry news includes the much-welcomed return on the “Poetry Programme” on RTE’s Radio One, with new presenter Olivia O’Leary. The programme, broadcast at 7:30 on Saturday nights, is available on the RTE Player and has thus far showcased old poetry hands like Belfastman Frank Ormsby, and writers whose debut collections are just appearing, such as Sligo poet Elaine Cosgrove’s Transmissions, and Annemarie Ní Chuirreáin from Donegal with her new volume, Bloodroot.

Possibly the most important cultural event of the 2017 calendar was the much-anticipated re-opening of the National Gallery of Ireland after a four-year refurbishment. The new exhibition spaces are a must-see on any upcoming visit to Dublin, and Irish visitors have already rejoiced in the splendid opening Vermeer exhibit, followed shortly by a display of the works of Irish artist Frederick Burton. The museum’s restored courtyard space is made most gracefully complete by a sculptural work, Magnus Modus, by Joseph Walsh whose furniture and woodturning studio in Kinsale attracts artists from around the world.

Recent milestones in the Irish cultural world included a conference in The National Library in September to mark the retirement and life achievement of Roy Foster, Oxford historian and Yeats biographer. Convened by Catriona Crowe, formerly of The National Archives, tributes and papers in a variety of areas of historical and literary interest were presented by colleagues, friends and former students.

November was marked by a conference in Trinity College on the centenary of the birth of writer and statesman Conor Cruise O’Brien, with the O’Brien family in attendance; and, in his native Monaghan on the 50th anniversary of his death, poet Patrick Kavanagh was remembered in a weekend programme of poetry, lectures and music.

Indeed the universities in the past year have done a great deal to observe various anniversaries and centenaries. UCD’s Press has distinguished itself of late with the publication of Carla King’s biography of Michael Davitt: After the Land League, 1882-1906, an impressive volume of the writings of Hannah Sheehy Skeffington and by continuing to add to its series of Ireland Chair of Poetry publications. The launch of the Skeffington volume at the Royal Irish Academy on Dawson Street featured a learned and lively panel discussion of the legacy of suffragettes and activists such as Skeffington, chaired by Martina Devlin and featuring the volume’s editor Margaret Ward, archivist Catriona Crowe and Senator Ivana Bacik. The Ireland Chair of Poetry series published volumes of lectures by former holders of the chair, Nuala Ní Dhomhaill, Harry Clifton and John Montague, with the incumbent, poet Eiléan Ní Chuilleanáin, doing the honours.

One of the general editors of that Methuen series is Professor Patrick Lonergan who has recently overseen the long-awaited formal opening of the O’Donoghue Centre for Drama, Theatre and Performance on the campus of NUIG. The building was voted the public’s choice of Ireland’s Favourite Building in a competition run by the Royal Institute of Architects of Ireland.

And no yearly round-up of Irish cultural events would be complete without a brief account of this year’s Dublin Theatre Festival. To give just a brief account of what Dublin audiences could sample one could start with Landmark Production’s staging of Woyzeck in Winter, a musical, starring the stunning pairing of Camille O’Sullivan and Patrick O’Kane in Conall Morrison’s inspired adaptation of Büchner’s play fused with Shubert’s Winterreise song cycle. The production was noteworthy in that it marked the return of Irish veteran actress Rosaleen Linehan to the stage. Yet another adaptation of a European classic, Corn Exchange’s Nora, a version of Ibsen’s A Doll’s House, was written by Belinda McKeon, and starred Annie Ryan (who also directed) as a middle-aged Nora in an embattled family dynamic including a teenaged daughter (newcomer Venetia Bowe). This year’s theatre festival season also saw the return to the stage (in the authorial sense) of Sebastian Barry whose On Blueberry Hill was a fine example of dialogic tension in a two-hander by Niall Buggy and David Ganly as unlikely prison cell inmates.

Another veteran Irish writer not exclusively known for his stage work, Dermot Bolger, bravely entered the ranks of those who have penned dramatizations of Joyce’s works. Bolger’s Ulysses at the Abbey, was a rambunctious commedia delle arte treatment of the classic Dublin novel that worked a treat. And after the Dublin theatre goers bid farewell to the Theatre Festival for another year, they could then travel south to The Wexford Opera Festival for more Joyce in Andrew Synott’s operetta Dubliners, with libretto by Arthur Riordan. Directed by Annabelle Comyn, the piece comprised renderings of Joyce’s “ Counterparts” and “The Boarding House” that were both plangent and sustained by humour in turn. 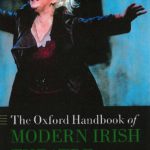 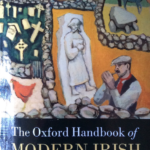 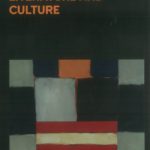 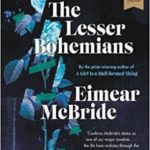 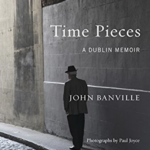 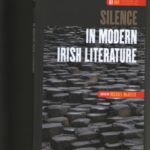 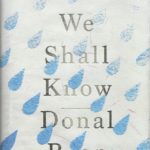 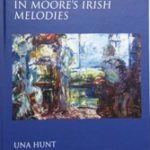 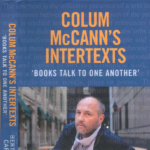 Colum McCann’s Intertexts. “Books Talk to One Another”
Issue 13, The Year in Review