2019 by Ciara Chambers | This text may be archived and redistributed both in electronic form and in hard copy, provided that the author and journal are properly cited and no fee is charged for access.

Irish cinema and media production remains a small enterprise, in economic and industrial respects, relative to the international scene, and every year graduates of creative courses compete fiercely for jobs and funding. However, on a national level – inasmuch as this area can be determined – participants in the cultural field have offered us a great deal of hope. We can be optimistic about the international recognition received by our indigenous filmmakers and screen performers, and it is positive to hear names like Saoirse Ronan, Lenny Abrahamson, Ruth Negga, Mark O’Halloran, Carmel Winters, John Carney, Consolata Boyle, John Crowley, Emer Reynolds and Domhnall Gleeson being used far beyond our shores, not to mention the huge successes and visibility garnered by the multi-faceted work of Element Pictures. It is also encouraging that critical reviews and detailed analysis of this body of work proliferate through publications like Film Ireland, Scannain and CinÉireann.

Academic books are, inevitably, a little more delayed in analysing the impact of Irish screen production, but it is encouraging to see four eclectic and timely books published on diverse but relevant topics. Two belong to film studies: Barry Monahan’s auteur study of the work of Lenny Abrahamson, and Alison MacLeod’s vibrant exploration of Irish queer cinema. John Horgan and Roddy Flynn have usefully updated the canonical Irish Media: A Critical History to include the rapid expansion of media technologies post-2000. Paddy Hoey’s provocative consideration of republican media activism falls under the remit of print journalism, digital and social media. All five authors are to be commended on their significant contextualisation of the topics explored.

As well as providing thorough and thought-provoking critiques of the relevant texts, each of our reviewers has also raised significant questions about the role of Irish film and media in feeding into broader debates about the culture and politics of representation. Abigail Keating draws our attention to the limited depiction of Irish queer women on screen, speculating on whether Screen Ireland’s Six Point Plan on Gender Equality will address this gap. Eileen Culloty highlights how blogs and websites have provided an online space for exploration of the significant issues in Northern Ireland (like sustainability and gender equality) that were sidelined by a dominant focus on the peace process.

As Martin McLoone elegantly states below, “the media remain democracy’s great hope and democracy’s great threat”. So then, scholars’ critique of mainstream and alternative Irish cinema and mediascapes is charged with significant responsibility for meaningful debate in a contemporary melée of competing nationalisms and ideologies. Finally, Stephen Baker eloquently reminds us that “cinema is capable of thinking…with some profundity and complexity about being human”. It is important to think about the work of these artists and media producers as contributing to a discourse on modern Ireland, one that offers us a viewpoint on how we stand as individuals and groups in the twenty-first century, at personal and national levels. As we progress past the mid-point of the decade of centenaries and assess our history with an uncertain future, it is incumbent upon artists and citizens to explore notions of Irishness on the ever-evolving range of platforms now available for cultural expression. It is also vital that both national and international scholars continue to scrutinise these discussions and representations. 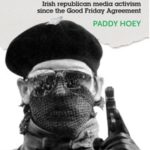 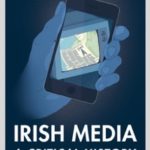 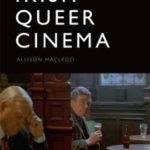 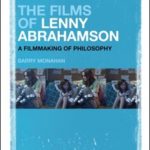 The Films of Lenny Abrahamson: A Filmmaking of Philosophy
Issue 14, The Year in Review