2019 by María Losada Friend | This text may be archived and redistributed both in electronic form and in hard copy, provided that the author and journal are properly cited and no fee is charged for access.

To summarize the news about Ireland that have reached Spain in 2018 requires at least a weather metaphor to explain the various turmoils and breezes of change that have shaken the country. At the beginning of the year Ireland was isolated by wild winds of the storm Emma that left high accumulations of snow and by the end of June the Irish population experimented the highest temperatures in Ireland since 1976. Similar turbulences in political, social or religious areas prove the country’s coping with conflicts and issues in this decade of the 21st century. Contrasts and clashes prove its struggle, movement and progress.

On the one hand, campaigns against Ireland’s housing crisis along the year have walked together with Project Ireland 2040, a plan that hopes to spread economic development across a country which expects a popular expansion of at least one million people. Besides, and like the rest of other states in Europe, Ireland has been immersed in the debate regarding a potential no-deal Brexit, which obviously will affect its relations with the UK, as it witnesses the increasing number of Irish passports issued due to the fear of Brexit consequences.

On the other hand, the debate and people’s decision around the referendum on the repealing of the Eighth Amendement of the Constitution Act 1983 has set the regulation of termination of the Pregnancy Bill, allowing for abortion legislation in the Republic of Ireland. Besides, the Papal visit in Dublin of two days in August gave way to questions and reflections on the role of the Catholic Church in an Ireland that is going under the process of shattering consciences, exposing truths and acknowledging the pain and shame of clerical and institutional abuses. All this comes at a time in which simultaneously voices from the 220 survivors of Magdalene Laundries have been heard. Received in a special reception hosted by President Higgins in June at Áras an Uachtaráin, and coming from Ireland, the UK, the US and Australia, they were brought together for the first time. Other small but significant signs of change such as the passing of the legislation procedures to allow the sale of alcohol in Good Fridays after ninety years, or the decision to remove the word “blasphemy” from the Irish Constitution indicate slow but pertinent transformations in a modernised country.

We also witnessed the re-election of Michael D. Higgins as President of the Republic of Ireland for a second term in October. The so-called “poet president” made a significant speech defending the value of dialogue stating: “words matter, words can hurt, words can heal, words can empower, words can divide”. Assuming transformation in Ireland, he envisioned a country that would stand “equal and together”, with “strong, sustainable communities, sharing history, shaping the future”, and forcefully affirmed: “Ireland’s voice matters”.

One quick glance at changes in sports shows that in November both hurling and camogie were officially recognized by UNESCO as protected cultural activities. This is not only good news for the relevance of Irish sports but also because it proves that active participation of female athletes is an acknowledged reality in Ireland. As a good example, Ireland’s women’s hockey team was to be congratulated after the good results at the Hockey World Cup in August. With a silver medal, they have been the first Irish team to get to a senior world final in any field sport.

In the literary side, Anna Burns was awarded the Man Booker Prize 2018 for her novel Milkman. She has become thus the first writer from Northern Ireland ever to do so after three other Irish authors in the past: Roddy Doyle (1993), John Banville (2005) and Anne Enright (2007). Ending with a nostalgic note, Ireland has sadly said goodbye to Dolores O’Riordan, the beautiful voice of the Cranberries who made us feel Ireland deep in our hearts.

The year in review also proves that 2018 has been a prolific one regarding the numerous events and publications related to Ireland in Spain. A frenzy for cultural and academic activities seems to have spread all over our country.

In February 2018, the Irish Itinerary sponsored by EFACIS (European Federation of Associations and Centres of Irish Studies) took place at the Universities of Granada and La Rioja, with the relevant participation of two keynote artists in the Irish contemporary panorama: playwright Marina Carr and Pat Boran, poet, editor of Dedalus Press and presenter of «The Poetry Programme» in RTÉ (Raidió Teilifís Éireann). The Itinerary opened at the Center for Irish Studies at the University of Granada, under the direction of Pilar Villar Argáiz and Encarnación Hidalgo Tenorio. The International Seminar organized here (already consolidated in its 3rd Edition) also counted on the participation of prestigious documentary-maker Maurice H. Fitzpatrick, the Irish traditional music band Gan Ainm,  and several  lecturers specialized in the field of Irish studies, coming from other universities in Spain. Simultaneously, Melania Terrazas and Jonatan González organized the seminar entitled Trauma and Identity in Contemporary Irish Literature and Film, at the Center of Irish Studies BANNA/BOND. Later in May, the University of La Rioja also hosted the itinerary exhibition The Irish in Latin America as part of the scientific seminar The Irish in Latin-America: History and Culture. It was a great opportunity to prove the strong links that Irish Studies in Latin America and Spain share, promoting exchanges and projects of great interest. With 26 posters the exhibition showed the convergence of Ireland and Latin American countries in their struggle for independence, regarding issues of colonization and revolution.

One of the best annual events, the 17th AEDEI Conference entitled this year “Eco-fictions Irish Studies”, took place at the University of Santiago de Compostela (31 May-1 June). It proved the interest for updating Irish Studies in terms of ecological criticism. Various papers reflected upon the relevance and concern for the Irish landscape and environment. Academic experts such as Elke D’Hoker (UK Leuven, Belgium), Anne Fogarty (UCD) and well-known writers as Sara Baume and Celia de Fréine were selected guests.

Traditional Irish holidays were celebrated around Spain with joy leaving memorable traces. St Patrick’s Day in March framed the academic seminar at the University of Almería (II Jornadas de Estudios Irlandeses) symbolically enlightening in green emblematic fountains in the city and monuments as the Alcazaba and the Stadium of the Mediterranean Games. Besides, the annual traditional Bloomsday was celebrated in the Ateneo of Madrid organized by the Blommsday Society with readings from Joyce and live music from Irish group Púca Og. Cáceres also contributed to the Irish touch in the celebration of the 15th edition of the Irish Fleadh (25-28 October), one of the most important festivals of folk music in Europe with a programme focused in traditional Irish music. Simultaneously in October, the festival Creative-Connexions Ireland at Sitges Live 2018 embraced music, dancing and poetry with this year’s special homage “Thomas Moore-Reawakened”.

In addition, the Pearse Hutchinson Exhibition from the University of Maynooth Library was hosted by the University of Coruña in October. It proved Huthinson’s (1927-2012) connections with Spain and his valuable task as translator of poems by Spanish, Galician and Catalan authors. Precisely in that same line, AEDEI member Verónica Membrive (University of Almeria) was awarded with the prize “George Campbell” granted by the Aula María Zambrano-Transatlantic Studies (University of Málaga) for her research on Hutchinson and Aidan Higgins.

Another good sign of the good health of academic relations between Ireland and Spain became obvious in November with the presentation of Diary of Crosses Green (Francis Boutle Publishers, 2018), Keith Payne’s translation into English of Martin Veiga’s book of poems. It proved the many points in contact between the Irish Center of Galician Studies at the UCC and the University of Vigo and the cross disciplinary nature of poetical Irish-Galician exchanges.

Our colleague Anne Mary Murphy at the Embassy of Ireland in Spain has kept us updated with many other cultural events related to Ireland along the year. Among others, September marked the 400th anniversary of the death of Irish leader Donal Cam O’Sullivan Beare in Madrid, where talks and tours analysed the Spanish links with the Irish community during the 17th century. Irish poetry boomed over the summer in Spain: The Poetry Festival in Vigo counted with the participation of Ana Crowe Serrano, Irish born poet and translator. Similarly, the Poetry Festival in Soria united the voices of Irish poets Moya Cannon and Mary O’Malley, and in July, the 8th Festival Catalunya Celta embraced musicians, singers and dancers like Mossie Martin, Oisín MacDiarmada, Samantha Harvey and Séamus Begley.

The Irish radio programme in Spain (“Live on Eire”) which broadcasts daily on Talk Radio Europe has offered debates and updates on Brexit and Ireland and interesting talks as the one with former Spanish Ambassador to Ireland, José Antonio Yturriaga, or with AEDEI colleague Patricia Trainor from Belfast on the experience on her years of teaching Irish literature at the University of Malaga.

Finally, Ireland was appointed guest country at the Book Fair in Seville in May. Small green shamrocks in the programme marked the profusion of talks, round tables and presentations of books related to Irish cultural issues. The special presence of ambassador Síle Maguire and author Lisa McInerney (Baileys Women Prize for Fiction 2017) inaugurated the many activities about Ireland scattered in the Fair. McInerney presented her new novel The Blood Miracles (2018) and its Spanish translation and she discussed tradition and new tendencies on Irish narratives. There was also a homage to Edna O’Brien, four short documentaries on W.B.Yeats and several round tables (“Three incursions into Irish history and literature”, “Literature by women” and “From James Joyce to Flann O’Brien and Other Weeds”).

To round up with the academic contributions, the list of publications by AEDEI members recollected by María Jesús Lorenzo Modia for the annual IASIL bibliography provides a useful and interesting insight of the good work of on Irish Studies from Spain. Similarly, the journal Estudios Irlandeses is to be congratulated as two numbers saw the light in 2018: Number 13:1 and the special issue guest edited by Melania Terrazas Gallego, Gender Issues in Contemporary Irish Literature (13:2). To this, we add five exhaustive reviews by AEDEI members and expert colleagues included below. They cover a translation of Nuala Ní Chonchúir’s Nude published at the end of 2017, and four published works from 2018, three edited collections and the translation of Éilís Ní Dhuibhne’s volume of short stories. 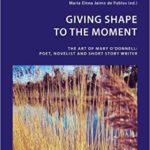 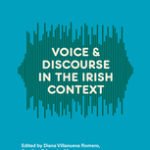 Voice and Discourse in the Irish Context 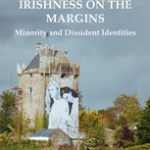 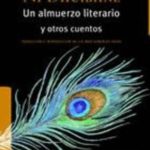 Desnudo
Issue 14, The Year in Review