2019 by Christina Hunt Mahony | This text may be archived and redistributed both in electronic form and in hard copy, provided that the author and journal are properly cited and no fee is charged for access.

As I write, Ireland’s decade of centenaries continues with eyes focused on the forthcoming First World War armistice centennial observance, along with that of the crucial 1918 Dail Election, the first election in which (some) women were enfranchised, and which ushered in an era of more radicalized politics in the country. President Michael D. Higgins, re-elected by a sizable majority in October will be sworn into office once again just hours after the solemn commemorative moment of the 11th hour of the 11th day of the 11th month.  Because of its unique overlapping revolutionary history with WWI Ireland has been late in acknowledging their countrymen who fought and died in that war – thus this date is of even greater significance now.

Earlier in the year, though, the centre of attention was rightly focused on the centenary of female suffrage with events taking place over the course of several months throughout the country. In a period when the Me Too Movement, Take Back the Night and reparations related to various Mother and Baby homes have dominated the media, this confluence of foci is both apt in both an historical and a current context. Of course nothing which occurred in the historical or artistic sphere of women’s lives this past year in Ireland could compare in significance to the successful Repeal the Eighth referendum, which in turn gave rise to many artistic interpretations and publications, perhaps chief among them Una Mullally’s Repeal the Eighth, an anthology of women’s writings on reproductive rights.

Major exhibitions opened this year, perhaps foremost among them Listen Now Again – the Seamus Heaney exhibit housed at present in The Bank of Ireland Cultural and Heritage Centre in College Green but moving in 2021 to a permanent home in The National Library. Attendance at this brilliantly curated display of artefacts from Heaney’s life and work is essential for all Irish Studies professionals. Geraldine Higgins, of Emory University, working closely with the Heaney family, has mounted a visual and aural experience in which the poet’s wit, charm, warmth, skill, dedication and genius are adroitly balanced to provide an insight into both the man and his art.

Another evocative and poignant exhibit which was housed first in The Coach House in Dublin Castle but then moved to a most appropriate site in Skibbereen, County Cork, and will in turn travel again in the new year to Derry. Coming Home: Art and the Great Hunger which displayed paintings from Quinnipiac University’s Great Hunger Museum in Connecticut, was accompanied by a catalogue issued by Cork University Press containing essays by scholars Niamh O’Sullivan (who curated the exhibit), Laurence Geary and Breandán Mac Suibhne.

At the National Gallery a long running show of much-loved Irish artist Roderic O’Conor’s work shed new light on his development by placing him in a modernist context and hanging his work in relation to French and other Modernist painters by whom he was influenced and with whom he shared ideas.

A unique historical exhibit that is not a replica, but a painstaking restoration, is found now at 10 Henrietta Street – the new tenement museum opened in Dublin’s North inner city. The magnificent 18th century townhouse has not been restored to its former aristocratic glory (as have several houses on the street in both public and private hands) but to the state to which it had devolved when as many as a hundred people in dozens of families crowded into its faded splendour. The opening ceremonies included among the invitees people who had been born into great poverty in the house in the early decades of the 10th century.

Ireland, as we know, abounds in cultural events, festivals and summer schools, and I will attempt to give here a description of only a handful. There seem to be more and more each year. One such which deserves to be better known abroad is Dublin’s Festival of History which recently celebrated its 6th year and uses the excellent network and facilities of Dublin’s libraries to host exhibitions, conferences and lectures by academics, local historians and experts in a variety of fields. This year’s focus was on suffragist history.

The much better-known Dublin theatre Festival featured Irish actress Ruth Negga in the title role in Hamlet at the Gate Theatre which played to sold-out houses: Arthur Riordan’s upbeat and youthful dramatic reworking of Joyce’s Portrait of the Artist, Rough Magic’s festival offering at the Abbey along with Druid’s Richard III, part of the Galway’s theatre company’s ongoing Shakespeare project.

Ireland can also now boast a burgeoning opera scene – apart from the well-established Wexford Opera Festival in October, which showcases either minor works of major composers who rarely get an outing, or the work of overlooked composers not usually included in the modern canon. Now, after the merging of Wide Open Opera and Opera Theatre Company the Irish National Opera has entered the scene with offerings such as Bartok’s Bluebeard’s Castle, one of the highlights of the Theatre Festival; and, earlier in the year, Opera Collective mounted a stunning production of Monteverdi’s The Return of Ulysses, directed by former Abbey Theatre Artistic Director, Patrick Mason.

In film news – Lance Daly’s Black 47 was a highlight of the Dublin International Film Festival and Thaddeus O’Sullivan’s Citizen Lane was shown both in theatres and on RTE. The former is the tale of a British army deserter who returns to his Connemara home during the famine to find his family has been evicted, told in the style of a western. The latter is a multi-approach film which uses fictionalized characters, newsreels and photographs and expert commentary by historians and art historians to tell the whole story of High Lane’s doomed attempts to establish a gallery in Dublin and to donate his collection to the city. Tom Vaughan-Lawlor excels as Lane, in a portrayal that incorporates both Lane’s most vulnerable and least attractive qualities.

The biggest news in Ireland in books this season must be newcomer Sally Rooney whose second novel, Normal People, was nominated for the Man Booker Prize before its publication date, on the combined strength of advance copies and her earlier work, Conversations with Friends. The recent Trinity College graduate didn’t win the Booker, but her future as a writer is surely secured. It was another Irish writer, Ann Burns, a more seasoned writer from Belfast, who was the surprise winner of this year’s Booker, for her linguistically innovative novel, Milkman. And, finally, perhaps the most heartwarming news from the world of literary prizes was that of another recent Trinity graduate, Catriona Lally, who was awarded this year’s Rooney Prize for her novel, Eggshells. Lally has kept herself going as a writer by working the early morning shifts as a cleaner in Trinity so that she could write later in the day while her daughter is in the crèche in college. Brava Catriona! 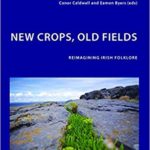 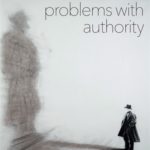 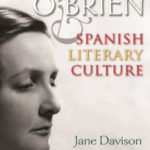 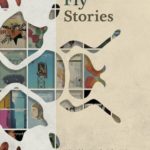 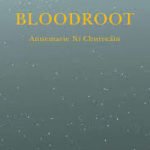 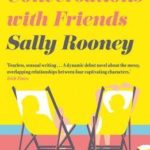 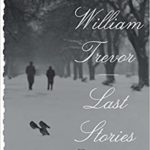 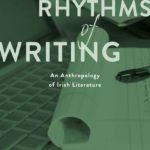 Rhythms of Writing: An Anthropology of Irish Literature
Issue 14, The Year in Review