2020 by Ciara Chambers | This text may be archived and redistributed both in electronic form and in hard copy, provided that the author and journal are properly cited and no fee is charged for access.

This has been a big year for important books on Irish film with the publication of Ruth Barton’s Irish Cinema in the Twenty-First Century (Manchester University Press), Seán Crosson’s Gaelic Games on Film (Cork University Press) and the revised second edition of the Historical Dictionary of Irish Cinema (Roddy Flynn and Tony Tracy, Rowman & Littlefield). The ubiquity of Saoirse Ronan is evidenced in the covers of two of these volumes, both featuring her performance in Brooklyn (John Crowley, 2015) with a reminder that Irish film occupies a significant space in the contemporary international cinematic arena.

In her much-welcomed exploration of the contemporary Irish cinematic landscape Ruth Barton takes up where her seminal 2004 study Irish National Cinema left off. In her review of the book, Loretta Goff raises the very notion of what it means to be “Irish” in a globalised arena, outlining how Barton grapples with this question in Irish Cinema in the Twenty-First Century. The monograph builds on Barton’s previous study by exploring the rapid technological, representational and sociological changes to the Irish film industry in the last fifteen years. Barton’s expansive work taps into the thematic complexity of Ireland onscreen and off to touch on politics, identity, ethnicity, gender, genre, aesthetics and landscape. The richness of her study makes the case for the importance of nurturing a local film industry to represent the many intricate stories associated with the island, north and south, and of scrutinising these representations as Ireland reconsiders its position within Europe and the rest of the world. The coming years will no doubt yield many opportunities and challenges to consider in depicting post-Brexit Ireland, with a functioning Assembly in the North and a reconstituted government in the South. As Goff notes, it is a challenge to “locate a distinctive Irish cinema in an era of co-productions that often defy local or national classifications” and Barton usefully explores the conditions and outputs associated with a range of funding modules. It is also helpful that her study of feature productions (considering narrative, documentary and animation) is punctuated by analyses of seven short films, chosen to echo the thematic structure of each chapter of the book. This highlights the importance of the short film not just as a “stepping stone” for nascent directors, but as a significant art form worthy of study in and of itself.

Denis Condon considers how Seán Crosson’s Gaelic Games on Film explores the relationship between Gaelic games and cinema from the early 1900s through to the twenty-first century. Condon contextualises various modes of screen depiction highlighting the differences between film and video formats and outlining how Crosson demonstrates   “that television coverage has adopted cinematic modes of representation” in its depiction of Gaelic sports. Crosson’s substantial work draws on a range of archival material to consider the representation of Gaelic football, hurling and camogie in newsreels, documentaries and feature films produced both locally and internationally. Crosson notes that “Gaelic games have provided on occasion a shorthand for regressive stereotypes associated with Irish people, including their alleged propensity for violence. For indigenous producers, on the other hand, Gaelic games provided distinctive Irish cultural practices and as such were employed to promote and affirm the Irish nation, particularly as an indigenous film culture began to develop in the aftermath of the Second World War” (15). By exploring these competing depictions, this study transcends the world of world of sport to consider issues such as national identity, and the role that cultural representations play in cementing community and both endorsing and challenging stereotypes.

Stephen Boyd delves into the second edition of The Historical Dictionary of Irish Cinema by Roddy Flynn and Tony Tracy. Noting an impressive additional 264 pages, almost doubling the original incarnation of the book in 2007, Boyd outlines how this updated version “provides the reader with a wider range of entries and references than its previous incarnation whilst also updating existing entries”. The tome offers the reader what internet databases cannot: the academic knowledge and critical contexts that are invaluable when approaching the complexity of the history and development of Irish film. Indeed, the authors usefully define their application of the concept of Irish cinema when compiling entries considering both form and production contexts in doing so. The volume considers not just the films which might constitute a national cinema but the cast, crew, policies, funding initiatives and financial circumstances that shape the filmmaking landscape. It will no doubt become core reading for all current and future scholars in the field.

In addition, Irish television also features in this year’s publications. Stephen Goulding explores Edward Brennan’s challenge to the institutional histories of Irish broadcasting in A Postnational History of Television in Ireland (Palgrave). Combining personal interviews and newspaper analysis, Brennan’s narrative overturns the “orthodox history” of the impact of television on the Irish psyche, suggesting that incidents capitalised upon in the press did not necessarily impact on viewers in the ways recorded by traditional histories that did not engage with audience research. Brennan also asserts that previous histories have been too local in focus and too broadcaster-centric, missing the transnational impact of the development of television, particularly in an Ireland with ongoing engagement with British and American representations. As Goulding argues, Brennan’s “findings point toward the need for further research in this area and the necessity to capitalise on what is a diminishing academic resource: the memories and recollections of the medium’s early enthusiasts and interactants”.

Maria O’Brien welcomes the second edition of Media Law in Ireland (Bloomsbury), which concentrates on broadcast media and excludes issues pertaining to new media due to the speed of change in this area. O’Brien contextualises the importance of media law issues in the cultural sphere by referring to just some of the recent areas of debate such as “blasphemy, the funding of public service media, and regulation of political advertising”. As O’Brien outlines, the book grapples with some of the fundamental values of expression in any democratic society: “the balancing act between the protection of free speech, the freedom of the press, and the role of the state towards the operation of the media”. O’Brien raises the important question of political advertising in relation to the ban implemented on broadcasting by the 2009 Broadcasting Act, a ban which does not extend to print or the internet. Twitter has announced that they will not accept political advertising in an act of self-censorship that has long been associated with mass entertainment media (even going back to cinema newsreels). This study helpfully positions entertainment practices within the legal contexts that shape production and reception.

In many ways, the book is a compendium of horrors, charting the litany of atrocities that were reported around the world. Many of these were significant news stories that will still resonate with readers today: Bloody Sunday, Bloody Friday, the Enniskillen, Shankill and Omagh bombings, the shootings in Loughanisland and Greysteel. The list goes on and on and we are also reminded that there are many more incidents that go unremembered. In recounting his coverage of the death of Daniel Carville, father of five, shot while shielding his young son, Denis Murray reminds that “one of the greatest tragedies of the Troubles was all those forgotten deaths, so many of them” (59). Susan McKay recounts her own relationship with her children as she leaves them to go to report on the conflict: “they’d cling to my legs at the front door as I went out to work. I’d prise their little hands off, tell them I’d be back soon and kiss them goodbye. I’d feel torn” (173). She goes on to recount her reporting of the sectarian murder of another child, sixteen-year old James Morgan, beaten to death, set on fire and dumped in a pit. McKay recalls the chilling words of the boy’s father: “I only hope the first hammer blow killed him” (174). The Orangeman convicted of the killing was not expelled from the order and was released eighteen months into his prison sentence under the terms of the Good Friday Agreement. These accounts raise the spectre of other youths: the children killed and maimed in shootings or bomb blasts; the children who witnessed the deaths of their parents; the children who died by suicide after punishment beatings; the children who lived on with loss and grief and life-changing injuries.

Deeply moving, it is a book that incites rage at all that was endured and reminds the reader of the various repugnant versions of inhumanity that proliferated amongst the paramilitaries, the politicians and the public throughout the conflict and beyond. It is a book that is deeply evocative and at times surprisingly honest as various reporters record their most vivid recollections of covering events in Northern Ireland. It also raises the darker side of media coverage: some accounts are self-congratulatory; others recount excitement and adrenalin in covering horrific incidents; some defend the necessity of disturbing grieving families so their stories may be shared. Many consider their own humanity in this process and there are some writers who were driven to leave the profession because of the horrors they observed. There are other journalistic discussions about ethics and integrity, propaganda, censorship and collusion but the dominant message of this book is a reminder, eloquently outlined by Gail Walker, of “the lives that were stopped. The lives of loved ones suspended in grief. The hearts that cry out yet for some form of justice. The hope of closure” (220).

There are moments of course, that are intended to be uplifting, to break the resounding death rattle: the signing of the Good Friday agreement, the “touch of magic as Hume and Trimble collect their Nobel Peace Prize” (190), the grotesquerie of the “Chuckle brothers”. But it is the horror that remains, long after reading. This is an important book and one that will have relevance not only to journalists and media scholars, but to anyone interested in hearing what it was like, on both sides of the camera, for those who watched from near and far and especially for those lucky to have survived but unfortunate enough to have lived through some or all of the Troubles. It is a book of abject suffering and unspeakable loss and should be treated with care by its reader. 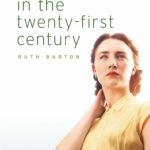 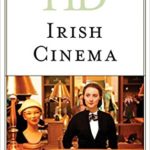 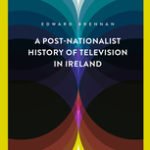 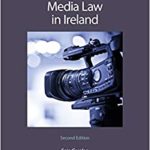 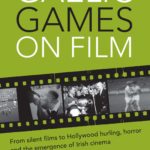 Gaelic Games on Film: From Silent Film to Hollywood Hurling, Horror and the Emergence of Irish Cinema
Issue 15, The Year in Review