2020 by Christina Hunt Mahony | This text may be archived and redistributed both in electronic form and in hard copy, provided that the author and journal are properly cited and no fee is charged for access.

Conferences come and conferences go, and they have certainly proliferated in Irish Studies in recent years, but it could be maintained that IASIL (previously IASAIL) was the progenitor of them all. This year the International Irish Studies organisation celebrated its 50th year with a conference in Trinity College, Dublin, where the first such gathering was held. Organised by the School of English, and in the capable hands of Tom Walker, the conference drew the largest number ever to attend – in the region of 400 – and at times ten simultaneous sessions were held. High points were keynote lectures by Matthew Campbell to open, and Nicholas Grene to close, and old and new friends from Spain, France, The Netherlands, Belgium, the UK, Canada, the US, Brazil, Japan and many other countries, joined Irish members, to say goodbye at the closing reception in City Hall in Dublin. President Ondřej Pilný meanwhile had undertaken to have a 50th anniversary commemorative document sent to all delegates in attendance, which included a photographic history of IASIL, lists of founder members and the venue for all the conferences, and much more to jog our memories and for us to cherish.

Irish Museums in 2019 presented a vibrant selection of visual experiences for the visitor. Of course the magnificent Sorolla exhibit at the National Gallery will have caught the eye of many Estudios Irlandeses readers, but would have introduced many Irish museum goers to a painter they might not have had the pleasure of seeing in the past. And, travelling from Merrion Square across town to Stephen’s Green, visitor and native alike could discover the new literature museum, MOLI (Museum of Literature Ireland), which opened its doors in the stunningly renovated Number 86 in a collaborative effort of UCD and the National Library of Ireland. Here the curious can experience the written word transformed to both visual and aural experiences. And MOLI boasts an excellent café, with patio seating and access to Iveagh Gardens, along with a well-stocked gift shop.

Outside the capitol The Crawford in Cork is hosting an ongoing exhibition of both the stained glass and watercolours of Harry Clarke. (See also the splendid new book on Clarke, Dark Beauty, published recently by Irish Academic Press). And in Limerick, the often overlooked Hunt Museum presented an excellent summer exhibition on the parallel careers of Sir John Lavery and Walter Osborne, which brought together many works from private collections; and continuing into 2020 at The Hunt is Time, Tide, paintings by Hughie O’Donnell which are the product of childhood memories of visits to his mother’s home place on the coast of County Mayo.

The festival season in Ireland is year round now – but one of the major summer offerings, at The Galway Arts Festival, was Irish National Opera’s Least Like the Other, searching for Rosemary Kennedy, a work which explored the life of the hidden child of the Kennedy family, bringing to mind recent works in various genres about Lucia Joyce, both famous daughters and female victims of early psychiatric practice. In the autumn, one of the highlights of the Dublin Theatre Festival was presented at The Gate under the stewardship of its new artistic director, Selina Cartmell. A Dead Centre production, co-directed by Bush Moukarzel and Ben Kidd, Beckett’s Room, is a highly imaginative rendering using no actors on stage, but is voiced, and exhibits puppeteering skills to tell an imagined recreation of the dangers experienced by Beckett and his partner, later wife, Suzanne Dechevaux-Dumesnil, while they were active in the French resistance during the Second World War. Another brilliant offering in the theatre festival was Rough Magic’s production of Marina Carr’s Hecuba, with Aislin McGuckin in a riveting performance in the title role, adroitly directed by Lynn Parker. Later still, December brought another Beckett production at The Project Arts Centre. Pan Pan Theatre Company, under the direction of Gavin Quinn, presented Endgame which saw the reunion of famed veteran Irish performers, Rosaleen Linehan and Des Keogh as Nell and Nag. And Irish dramatic productions continue to draw grateful audiences abroad, as indicated by the recent reception of Druid Theatre’s Richard III at Lincoln Center in New York.

To limit the choice of film and television offerings this year to just one in each medium, Irish filmgoers were well-served by Dark Lies the Island, directed by Ian Fitzgibbon with screenplay by the inimitable Kevin Barry. The tale of a highly dysfunctional midlands family, it stars comedians Pat Shortt and Tommy Tiernan in serious dramatic roles, along with the excellent Charlie Murphy as a young wife who is, shall we say, overly fond of both her stepsons. But if Barry’s film gives a rather sordid picture of Irish family life, the other end of the spectrum is beautifully delivered by the BBC’s offering, The Music of What Happens, a documentary of Seamus Heaney’s life, featuring his wife, children and siblings, along with former students and colleagues. Anyone able to access the BBC player should be certain to make this excellent work priority viewing.

And books, books, books… where to begin? Perhaps beginning at an ending might be a novel choice but Ann Enright’s No Authority: Writings from the Laureateship, is a selection of lectures given throughout Ireland during 2015-2018, and chosen by Ireland’s first Prose Laureate after she had passed the baton to Sebastian Barry. Enright considered the post a civic duty and set the bar high. Not surprisingly many of the finest essays are feminist in their orientation and all the more powerful for it. Another impressive offering comes in the elegant form of Winter Pages 5, an annual arts anthology edited by Kevin Barry and Olivia Smith. Its €40 price tag is somewhat off-putting, but its a splendid book brimming with talented contributors too numerous to list. And, for those who want to be au courant with Irish affairs in both a political and literary context there are two very different books from which to choose. The first, Correspondences: An Anthology to Call for an End to Direct Provision, edited by actor Stephen Rea and poet Jessica Traynor. The contributions are written by people who have lived in Ireland’s Direct Provision Centres and who share their stories of hardships endured both in their native countries and after their arrival in Ireland. The second topical choice is I am the Border, so I am, which began life on twitter (@BorderIrish, with over 82 thousand followers, including Taoiseach Leo Varadker) and is the arch testimony of an anonymous writer who has anthropomorphised the border between the Republic and Northern Ireland as a means of illustrating the infuriating, sad, and hilarious anomalies occurring in discussions about same in the Brexit ongoing negotiations.

2019 was a year in which we said a final farewell to two figures well known to those in Irish Studies and whose contributions to Irish life were immeasurable. Gay Byrne, radio and television broadcaster and father figure in Irish media, was a major force in the modernization process that Ireland underwent belatedly and rather quickly in the mid-twentieth century. The son of a Guinness worker and the grandson of a footman to the Earl of Meath, Byrne – especially as host of RTE’s Late, Late Show – nudged the boundaries of social, political and religious acceptability throughout his illustrious career. And North of the border, poet Ciaran Carson, one of that great band of mid century poets who emerged during The Troubles, was working until the time of his death and his final collection, Still Life, has recently been published by Gallery Press. The learned Carson was equally at home in a number of genres, being as he was a native Irish speaker and accomplished musician who was recognised for his translation skills (his version of Dante’s Inferno is considered to be one of the finest of the era) and who left us a number of poignant memoirs. 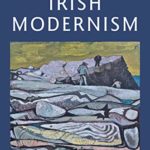 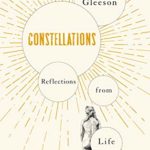 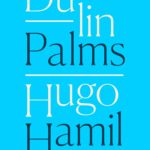 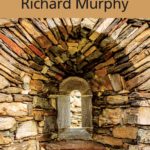 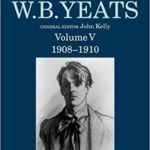 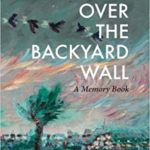 Over the Backyard Wall: A Memory Book 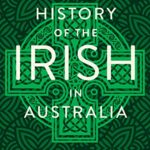 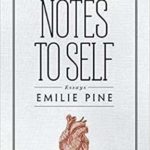 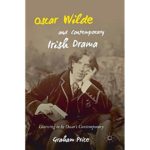 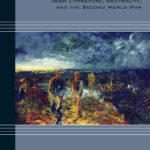 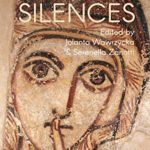