2021 by Ciara Chambers | This text may be archived and redistributed both in electronic form and in hard copy, provided that the author and journal are properly cited and no fee is charged for access.

The Irish film and media studies publications section this year comprises an eclectic mix of film, journalism, music and folklore, as the traditional and contemporary spheres meet in research that considers the core issues of Irish representation: history, identity, gender and politics.

Abigail Keating explores Susan Liddy’s much anticipated edited collection Women in the Irish Film Industry: Stories and Storytellers. The volume covers some of the most pressing concerns of the creative industries in Ireland in relation to the growing movement to address gender parity by filmmakers, programmers, funders and educators. Scholars, practitioners and policy makers address the historical and contemporary landscape of Irish cinema, celebrating some of the most significant female voices to have contributed to the Irish cultural arena. Studies based on qualitative and quantitative data, as well as textual analysis, present a revealing account of the current state of play and the work that still needs to be done to ensure a more diverse artistic community in Irish production. As Keating notes, visibility is a common thread running through many of the chapters “both in terms of shining a light on the multifaceted contributions of women to Irish film and film culture and on the mechanics and intricacies of the industry that impede women’s progression within it”. This is scholarship that is deeply embedded in activism, and will no doubt become a seminal text on Irish film courses across the world.

Stephen Boyd turns his attention to The Quiet Man Miscellany, a book that acknowledges the ubiquitous nature of “the most famous Irish film” in popular culture. In contextualising The Quiet Man’s iconic status within the history of Irish cinema, Boyd acknowledges the problematic nature of defining what constitutes an Irish film. This is a complex and ongoing debate directly related to the fact that, for most of the twentieth century, Ireland did not have an indigenous film industry and dominant visual portrayals of Irish culture emerged from American and British depictions. Rather than an academic study, Des McHale’s miscellany is a compendium of old and new information for “Quiet Maniacs”, the fans of John Ford’s film who enjoy deep dives into its production context and eternal appeal.

Áine Mangaoang describes how Noel McLaughlin and Joanna Braniff have uncovered hidden cultural narratives in their construction of a much-contested urban space through researching Belfast’s interaction with popular music at a crucial point in Irish history. How Belfast Got the Blues: A Cultural History of Popular Music in the 1960s interweaves the fields of music, journalism, politics and film and considers both local and international acts in its construction of the city’s musical history in a decade that remains significant both locally and internationally. The book considers the tensions between art, entertainment and commerce, juxtaposing these debates with Belfast’s recent attempts to come to terms with its troubled past in a way that reflects upon (and often seeks to commercialise, particularly through tourism) its cultural legacies. Crucially the study considers the absences in these official narratives, acknowledging the importance of what alternative and underground forms can tell us about why gaps emerge in spatial and cultural histories. It is illuminating to consider how some of Belfast’s forgotten figures, like Otillie Patterson, have contributed to broader musical developments, demonstrating the city’s capacity to engage with the global music scene in ways that were “ahead of the curve” (446).

Niamh Kirk delves into Resilient Reporting, a study of news coverage of Irish elections from 1969 to 2016. Considering election reporting from the perspectives of journalism, political economy and media and cultural studies, Michael Breen, Michael Courtney, Iain McMenamin, Eoin O’Malley and Kevin Rafter analyse shifts in election coverage over time, interrogating the position of political reporting within broader media trends towards “infotainment”. Large samples of newspapers, radio and television are considered to make some interesting arguments about generalised patterns in election reporting (for instance the clear link between poor government performance in the economy and more negative news coverage). Issues such as gender bias, the evolution of diverse content, ethics, values and the depiction of leaders and party policies are also considered.

Denis Condon reviews Tomás Ó hÍde’s profile of actor and storyteller Seáinín Tom Ó Dioráin. Describing Seáinín Tom Sheáin: From Árainn to the Silver Screen as a “meticulously researched work of film history and folklore scholarship”, Condon qualifies that Ó Dioráin’s interaction with the silver screen was brief, but acknowledges the significance of his performance in Robert Flaherty’s Oidhche Sheanchais (1934), the first sound film in the Irish language. The rediscovery of the film in 2012 highlights the ongoing capacity of restored archival material to illuminate debates on Irish cinema and the book addresses many archival gaps by reconstructing and exploring all of Ó Dioráin’s recorded folklore, including transcriptions, filmed performances and audio recordings. Indeed, this is a year when the archive has yielded many creative ways to make film as a means of circumventing the restrictions imposed by the pandemic, and it is with this in mind that this introduction finishes with a shameless plug for the Make Film History project. In an attempt to reduce the traditional barriers to access between student filmmakers and archival providers, the initiative makes collections from the Irish Film Institute, the British Film Institute, BBC Archive Editorial and Northern Ireland Screen available for non-commercial reuse. Funded by the AHRC and the Irish Research Council, the partnership between University College Cork, Kingston School of Art and the archives has opened up a diverse range of Irish and British material to students across the UK and Ireland. A series of workshops on creative reuse as well as public events with filmmakers is ongoing. More information on the project is available here: 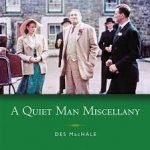 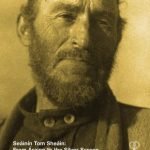 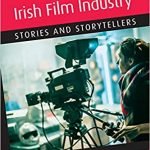 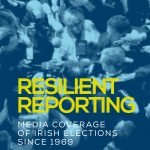 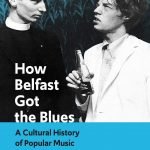 How Belfast Got the Blues: A Cultural History of Popular Music in the 1960s
Issue 16, The Year in Review