by Feargal Whelan. This text may be archived and redistributed both in electronic form and in hard copy, provided that the author and journal are properly cited and no fee is charged for access. 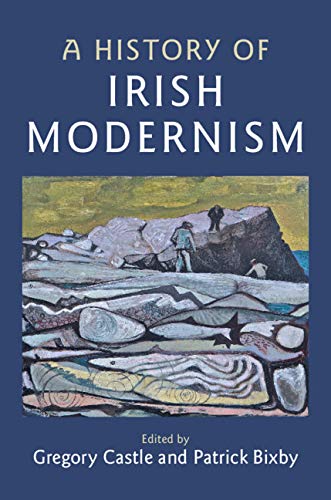 In a recent review of two studies of the European architects and designers Mathias Goertz and Gyorgy Kepes, both of whom developed successful careers in Mexico, Jed Perl details the antagonism exhibited by the Muralist native artists of Diego Rivera and David Quiseiros to the Modernist aesthetic embraced by the two Europeans. Simply put, the clash was portrayed as a struggle between the nativism of the Mexicans, drawing off the indigenous mythology, rooted in the nativist ethos of the pueblo mejicano against the cosmopolitanism of the modern natives of mitteleuropa, which claimed to have abstracted itself from such exceptionalist and nationalist concerns. Yet, Perl points out, the actuality of the conflict subtly exposes the reality that both sides paradoxically adopted the concerns of the other (Perl 2). This need for nuance in an apparently binary narrative always appears to me to be essential, though often lacking, in any examination of recent Irish cultural history and it is one which is thankfully foregrounded in a pivotal article in A History of Irish Modernism. In his chapter “Internal Others: Cultural Debate and Counter-Revival”, Rónán McDonald assesses the frequently accepted binary that pits “Irish Modernism” in the one corner against its supposed counterpart “the Cultural Revival” in the other, and concludes that what lies “beneath the debates about cosmopolitanism and nationalism” is not two fixed and irreconcilable viewpoints but in fact “a subterranean interdependence” (104) with each both defining and enabling its counterpart. McDonald’s assertion that Irish Modernism’s engagement with the Irish revival is the central dynamic of the phenomenon is not unique, in fact it underpins most of the studies in this collection, but his thesis that the concerns of the one are so frequently addressed in a similar way in the other, is so compelling that it provides a helpful template with which to address the various artists and movements covered in the rest of the book.

The book’s editors, Gregory Castle and Patrick Bixby, exemplify McDonald’s thesis in their examination of Standish O’Grady, the essential “father of the Revival”, in which they argue that the impulse which drove the initial movement, the recalibration of the historical, allowed any Irish modernist the ability to “address the disjunctive forms of modernity” by providing a complicated and sophisticated treatment of temporalities “that defy the simple opposition of the traditional and the modern” (59). In effect, the Revival becomes the very reason for the apparently remarkable ability of Irish authors to define modernism so thoroughly. Derek Hand rehearses the same theme in his survey of Irish novel writing from 1922 onwards, in which he challenges the accusation of provincialism and inertia made against writers of the post-independence era, and, in particular, the opinions of Sean O’Faolain. Hand demonstrates that the focus of the novelists turned inwards and towards the actuality of the new state requiring the “need to find new modes and new techniques to give expression to a new political and cultural dispensation” (244) and it is here that the flexibility of approach, suggested by Castle and Bixby, was successful. Hand’s elucidation of the “internationalism” of neglected authors such as Eimear O’Duffy, Austin Clarke (as novelist), and Liam O’Flaherty provides a riposte to O’Faolain, as does Hand’s reading of Molly Keane and Elizabeth Bowen as a literature of estrangement, critiquing “an existential and ontological crisis” not just with Ireland but “with modernity itself” (253).

There is a problem for any book which is styled a “A History of…”, in that it needs to be all-encompassing by nature, and even “definitive”, yet offer something new. The editors’ task becomes more difficult here because, although this history is the first of its type, it must negotiate the “big beasts” of Joyce, Beckett and Yeats, who have such huge individual critical canons. The book must also accommodate neglected writers, such as George Egerton or Seán Ó Riordáin, about whom the audience might know little. The difficulty is seen in Joe Valente’s chapter on Ulysses which not only engages Joyce and Irishness, but also challenges recent Joyce criticism he describes as “pro-Nationalist” (225), using the Cyclops episode as an exemplum. His argument, that the episode is neither a critique of the exaggerated nationalism of “the Citizen”, nor an exercise in anti-Semitism towards Bloom, but is instead an extended attack on populism per se is both elegant and timely, but it feels more like an excellent intervention in an ongoing debate, which might have been enhanced by a broader companion piece on Joyce. Such a balance was achieved in relation to Beckett where Emilie Morin’s excellent meditation on “distancing” and late modernism in his work is augmented by Luke Gibbons’ exploration of Beckett, Thomas MacGreevy and Irish art.

There is an admirable recognition that Irish Modernism must encompass the visual arts as well as the literary, and in this context, Ellen Rowley’s chapter on Irish architecture is one of the most rewarding in the collection. Taking a point of view from the pivotal year of 1966, the fiftieth anniversary of the Easter Rising, Rowley surveys the architectural history of the state detailing the tangible struggle between modernism and traditionalism, and depicts it as one of the most observable cultural conflicts, and also its most socially impactful, in Ireland’s story. While Luke Gibbons gives an excellent account of the crucial relationship between Samuel Beckett and Thomas MacGreevy, triangulating their ideas on art in general with their opinions on their mutual friend Jack Yeats, it seems a pity that the excellent survey of the role of Irish painters and designers, centred on the foundation of the Irish Exhibition of Living art in the 1940s was not given more space. In the same vein, Clare Hutton’s survey of Irish book production, from the Yeats sisters Dun Emer press, through Maunsell & co. and the Talbot Press, rightly accords a central significance to the role of indigenous publishing in local artistic development.

The frequently neglected position of literature in Irish is admirably covered by Barry McCrea. Arguing that Irish might have been more suited than English to engaging with the tropes of disintegration and alienation because of its recent history, McCrea emphasizes the anxieties and difficulties surrounding the revival of the language before tracing a line of modernism through Seán Ó Ríordáin, Máirtín Ó Cadhain and Flann O’Brien. It is precisely because of its status as a declined language and, what he describes as “its strange afterlife as a learned language” (328) that made Irish almost more appropriate to a modernist mind, McCrea convincingly argues. Equally, Gerardine Meaney’s study addresses the issue of women’s writing (still frequently marginalized in books of this type) asserting the crucial role of Kate O’Brien to the modernist effort in Ireland, but also foregrounds the work of Dorothy Macardle, Maura Laverty and Rosamund Jacob in the Irish Women’s Writing Club.

Adrienne Leavy gives a comprehensive description of Irish modernist poetry, which to begins promisingly with the arrival of Thomas MacGreevy, Brian Coffey, Denis Devlin, Beckett and Blánaid Salkeld on the literary landscape (and the more recently collected Ethna McCarthy who is absent here) but who faded quickly from prominence. However, Leavy makes the case for reading a line of descent through Louis MacNeice, Patrick Kavanagh, John Montague and Thomas Kinsella. Paige Reynolds provides an insightful reading of Sean O’Casey’s drama arguing for them to be read distinctly as examples of late modernism by virtue of their having being inflected by a critique of high modernism in the aftermath of the First World War. Reynolds cites The Silver Tassie as an example of O’Casey’s move to expressionism. Unusually for this volume, Reynolds makes a case for observing a route of influence on the contemporary Irish stage by citing the 2016 production These Rooms as a thematic and stylistic remnant of O’Casey, attesting to its endurance in Irish practice, she argues.

The coincidence that political independence became a reality in Ireland in exactly the same year as the publication of two of the emblematic pillars of modernist writing, Joyce’s Ulysses and Eliot’s The Waste Land, has been frequently remarked upon, but it may feed into a broader sense of Irish exceptionalism in relation to the nation’s status in world culture. This further complicates the actuality of cultural production in Ireland following the inception of the new state, with its competing influences of conservatism and liberalism, of poverty and hope. Gerardine Meaney points out that it is

problematic … to distinguish between high and low modernism in Ireland from the 1930s to the 1960s unless it is understood in terms of a continuum of cultural practices rather than a polarized binary of modernism and realist, experimental and popular. (288)

and it is notable that throughout the book, such contradictions and conundrums are duly exposed and dealt with. The book might suffer from an imbalance in its treatment of the Yeats brothers, with Willie far too privileged over Jack who probably deserved a chapter to himself. Omissions in any book which attempts to comprehensively cover a lengthy and busy period are readily found, and in this book, the light shone on neglected figures and works easily balances the apparent gaps. One gap I do regret was that of the work of the Gate Theatre – its contribution to new forms of theatre; its commitment to the international and the reimagining of the developing state; its championing of cinema as an art form, and its performance as a site of cultural disruption, quite apart from its dramatic canon. However, the book achieves its goal through the course of its twenty three chapters and should be regarded as a serious collection.