by Stephen Goulding. This text may be archived and redistributed both in electronic form and in hard copy, provided that the author and journal are properly cited and no fee is charged for access. 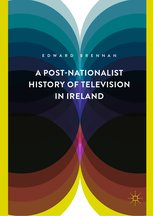 That mass media played a formative role in the development of nations is held as a well-established, if not self-evident, premise by scholars of both media history and nationalism studies alike. Underpinning core works in these fields is the contention that, as modernity progressed, the enhanced capacity of mass media to reach increasingly larger audiences aided the fostering of a collective sense of belonging amidst a dispersed populace.   As such, the literature credits mass media as a unifying conduit for states: a means through which a cohesive, national collective could be constructed and maintained. Benedict Anderson (1983), for instance, held the printing press to be a key tool in the process of nation formation: a communicative framework through which imagined communities could sustain a sense of belonging and connectedness. Put simply, in the literature, mass media are touted as nation builders. Works of media history are seemingly beholden to this focus on the nexus between nationhood and media, insofar as they typically take the national as their unit of analysis.

However, adopting these “nation-blinkers”, poses some limitations on a holistic consideration of a broadcast medium like television which, from its relatively early incarnations, could reach transnational audiences.   Moreover, television began to take hold in an era characterised by increasing technologization and social progression, often in response to international social or economic trends. Yet, histories of broadcasting media have perpetuated an academic ethnocentrism and often treat the “nation” and the “national audiences” as synonymous. Moreover, they tend to prioritise institutional centres of power over sources less central to the broadcasting process. In doing so, they omit insights from one key perspective: that of the masses who engaged with radio and television in their nascency. Institutional tales and gossip have, thus far, been prized over the lay-perspective as academic sources. In this regard, the history of television in Ireland is no exception: so argues Edward Brennan in his latest book, A Post-Nationalist History of Television in Ireland (2019, Springer). Brennan, a lecturer in Media at the newly fledged Technological University of Dublin, sets out to address this inadvertent nationalism of Irish media history, unwittingly reproduced by academics and institutions.

Departing from the contention that the history of television in Ireland – as it is documented in the current body of literature – is largely the history of Radió Telifís Eireann’s (RTÉ) (the semi-state broadcaster) embracement of the medium, Brennan challenges the institutional history that has been informed by sources “from above” or “from the side”. This orthodox history tells a narrative of emancipation and of social change. It follows well established, international tropes (Curran 2009) with subtle Irish nuances: A new medium ushered in a new epoch; the old Ireland gave way to a fledging, modern nation; the conservative, Catholic bedrock of the Irish psyche slowly began to dissipate, as a nation mired in a sociocultural torpor collectively broadened its social horizons through the new medium. A new national identity emerged in opposition to the vilified, old-Ireland, embodied respectively by the paragons of de Valera and Lemass. History, thus far, has positioned RTÉ at the epicentre of this social upheaval.

For Brennan, however, drawing on sources “from above” or “from the side” cannot adequately account for the medium in its entirety. Aspects such as Irish people’s early perceptions of television, their reactions to its arrival, or the changes in behaviour undertaken by them in order to integrate television into the social fabric of mid 20th century Ireland are not prioritised in top-down histories. The grassroots, constituent social changes which enabled television to become “the new normal” are elided in such institutional narratives. Additionally, these accounts often ignore, or afford a peripheral focus to, engagements with pre-RTÉ television, such as the early broadcasts from the BBC or UTV accessible only to those in certain parts of the nation. Orthodox histories prioritise discussions of the social impact of indigenous content (chiefly the Late Late Show), yet neglect the multitude of internationally produced spectacles like The Fugitive which Irish audiences tuned into with devout intrigue. Moreover, their constriction to national parameters eschews a thorough consideration of Ireland as a nation which found itself at the behest of two, powerful spheres of influence in the global world of television: the USA and the UK. Both nations exerted, albeit indirectly, some influence over the form and fruition of Irish television and broadcasting in general. Irish television not only inherited past-its-best content from both nations, but also aspects of both nation’s commercial and public-service broadcasting models. These are inheritances which informed, influenced and, ultimately, shaped Irish people’s perceptions of television: observations and nuances which have remained unaddressed by academic literature thus far.

To address this gap in the literature, Brennan proposes a method hereto disregarded by scholars of Irish media history: life-story interviews. Such interviews aim to elicit personal narratives from interviewees. They aim to “generate an account of a person’s past where television is a feature, but not the exclusive focus” (60). Brennan’s approach relies on a conceptualisation of memory as a malleable and subjective entity, influenced by social position and culture. It conceives of recollection, not as reliable reproductions of the past, but as a part of personal identification: that is to say, “people announce their pasts in a manner that preserves their identity and that is likely to maintain or improve their social standing” (47). These recollections are imbued with shared values and subject to social power. As such they provide useful data for uncovering the social currents which governed early interactions with the medium, which are veiled from institutional approaches. Brennan’s “from below” approach provides key insights into how early access to (and interactions with) television were influenced by variables such as gender, class and education. It elucidates the shifting social attitudes toward a medium initially hailed as a hallmark of modernity, but quickly became tarnished by stigma and class snobbery. In essence, Brennan provides a new layer of consideration for the study of television in Ireland and reveals what were hitherto beneath the surface social aspects of the medium, through recollections which might otherwise have been lost to the ravages of time. In doing so he challenges the orthodox, technologically deterministic account of social change in Ireland.

Brennan’s early chapters outline the dominant, institutionally oriented narrative of Irish television and provide a theoretical framework for the use of memories and recollection to address the pitfalls associated with it. He then draws from newspaper representations to gauge the Irish public’s early perceptions of the medium, which largely reflected a global hopes and fears discourse. Subsequent chapters draw on interview data to examine Irish people’s recollections of television uses and imported content; or concentrate on television’s role in the transformation of social space and time in the mid-20th century Irish home and the medium’s dynamic relationship to social class. The book concludes with reflections on insights uncovered over its course and the expedience of its methodology in adding to existing media histories literature.

And therein lies its greatest contribution to research, its capacity to address the shortcomings of current media history in Ireland – its institutional biases and inadvertent nationalism. This ability is succinctly exhibited in the book’s penultimate chapter, in which Brennan questions the significance of the often-cited ‘Bishop and the Nightie’ incident of 1966. The incident – in which an audience member of the Late Late Show purportedly caused public consternation after joking that she had not worn a nightdress on the night of her wedding, causing a catholic Bishop’s condemnation to make front-page news the following day – is held in the literature to be a microcosm of a much wider social agonism: a defining moment in Ireland’s embracement of television and modernity. However, life story interviews conducted by Brennan revealed the incident to be of peripheral importance, at most, to interviewees; exposing the mythical status afforded to the incident by institutions and the academy. This book’s argument provides ample food-for-thought and warrants a reconsideration of the widely disseminated, RTÉ-centric account of television (and social change) in Ireland.   Whilst it must be conceded that there are limitations regarding generalisations of findings (the author himself concedes that these findings are “based on limited data” (157), Brennan’s research has begun to enlighten levels of the history of television in Ireland that were hereto neglected. His findings point toward the need for further research in this area and the necessity to capitalise on what is a diminishing academic resource: the memories and recollections of the medium’s early enthusiasts and interactants.

A Post Nationalist History of Television in Ireland makes a valuable addition to current research and enhances our understanding of the relationship between television, the global and social change in an Irish context. While the volume could be of obvious benefit to academics in media studies, history and sociology to name but a few, Brennan’s discussion may also prove of interest to those with a general interest in social change in Ireland or the impact of television on Irish society.

Anderson, Benedict. Imagined Communities. Reflections on the Origin and Spread of