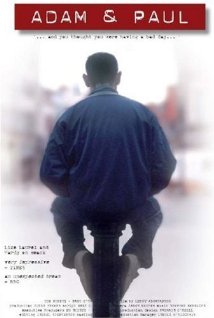 Taking their cue from comments made by director Lenny Abrahamson, many reviewers of Adam and Paul (2004) compared elements of the film’s style and content with the Laurel and Hardy series and Beckett’s Waiting for Godot.  In terms of characterisation and mood, the similarities were so evident that few of the journalistic critics ventured to assess the extent of the resemblances.  Certainly, the minor segments of physical comedy pratfalls and dialogue non-sequiturs, and the gradual emersion of the directionless protagonists into situations of epic and uncontrollable proportions echoed Henri Bergson’s notion of the comic “snowball effect”, and justify the first comparison.1 Equally, the absurdity and existential lack of purpose of the central characters, their failure to act, their vaudevillian routines and circular conversations punctuated constantly by rhetorical questions, bear remarkable likeness to exchanges between Vladimir and Estragon in Godot.  Even the bothersome stone in Paul’s shoe – the impediment that inaugurates his series of accidents – connects him with the continually suffering Estragon, the most corporeal and physically cursed of Beckett’s tramps.

What becomes interesting once the parallels have been suggested however, is the way in which Mark O’Halloran’s script – developed in collaboration with Abrahamson – contemporises these earlier aesthetic and structural moments for contemporary Irish audiences, half a century after the first staging of En Attendant Godot in Paris.  The appropriation takes on a number of forms which become useful in understanding how themes that are relevant for present-day Ireland may be voiced through universal paradigms.

The trope of the dual protagonist has appeared frequently in recent Irish cinema and while it provides another similarity to the texts mentioned above, it also facilitates for the screenwriter(s) a vocalisation of characters’ otherwise undisclosed concerns, attitudes, reactions and feelings.  In this way, a theatrical externalisation through dialogue connects spectators with characters intimately.  Here, however, this does not happen.  The erratic, illogical or indecisive nature of many of the exchanges between Adam and Paul actually ironises the externalisation by rendering it pointless as they remain largely inaccessible to us.  As an alternative, we are provided with direct access to characters by another cinematic device.  The audience is granted certain limited proximity to Adam and Paul at two moments of “internal focalization” (Branigan, 2004, 103); firstly during the scene in which the perfect family tableau occurs with Janine and the “baba”, and later when they are tripping.  Any alignment with their point of view at these times is however fatally undermined as we are not informed which of the characters is imagining or observing details in these scenes.  It seems at first that the taller of the two is “seeing” the neon lights, the cigarette packet and the half-eaten apple core on the bridge, but eye lines are not matched in a way that can positively confirm this.  Our separation from the “everyman” figures is also maintained because we never learn from the diegetic evidence which of them is Adam and which one Paul.2  While this offers an interesting alternative to the operations of the star-system within mainstream genre cinema (the cast of the film were for the most part unknown Irish actors), it also counteracts the sense of continuity across the Laurel and Hardy series, and the immediate audience identification with those personalities whose characters were Stan Laurel and Oliver Hardy, both on and off screen.

Although Dublin city can be identified from a number of its iconographic and architectural elements, the urban space is not drawn upon to provide any sense of Irish locality or recognisable backdrop for precise geographical definition.  Rather it is used as a narrative structuring device, containing the random addiction-motivated rambling of the protagonists as they move from one encounter to another in search of their next ‘score’.  Adam and Paul are the ultimate post-modern flâneurs; but their aimlessness does not provide for a positive connection with the urban space.  Rather, they become socially alienated, detached and disoriented, and their failure to feel at home everywhere (as does the modern flâneur) marks the futility and absurdity of their existence.  Although exterior spaces in the film are framed as an inversion of the “homely” – an expressionistic rendering of the Unheimlich 3) -interiors are even more unwelcoming and uninhabitable.  In an ironic reversal, the city is depicted as “home-turned-inside-out” when items of domesticity are incongruously scattered on the landscape: televisions, a mattress, a microwave oven and fragments of furniture are among the objects that cross easily from private to public spaces.  Nonetheless, the cold urban landscape still provides greater justification for the characters’ existence than any of the interior spaces depicted.  The greasy café, the convenience shop, the “boring” materialistic domesticity of Janine’s “cleaned-up” flat, and the grimy pub that is appropriately named “The Coal Bunker”, are places in which Adam and Paul are shown to be utterly ill-at-ease.

It is through the inversion of expectations of inside and outside spaces, placing Adam and Paul as social outcasts, that the film dramatises our – and society’s – distance from them.  The film thus comments on contemporary society by excluding it from the picture.  By removing it, making it abject, it is associated with the condition of the characters, implicating those absent, passive and apathetic parties of Celtic Tiger Ireland in the on-screen situation by virtue of their absence, passivity and apathy.

The unconquerable potency of their addiction is ultimately dramatised when, on discovering that his friend is dead, Paul shrugs his shoulders, reflects for a moment and then leaves, only to return after a pause to collect the remaining bag of heroine from Adam’s pockets.  The tragedy is sustained because they are never granted the moment of personal enlightenment or self-realisation that Vladimir is given in the second act of Waiting for Godot.  The monologue that begins “Was I sleeping, while the others suffered?  Am I sleeping now?…” (Beckett, 1990, 84) expresses the absurdity of existence, but it implicitly guards Didi’s self-awareness as a positive quality.  Adam and Paul’s utter inability to consider their existence in such terms, is played out through repeated references to Bulgaria.  When Paul first discovers that Adam’s coat is “Made in Bulgaria”, he says that he feels “sorry for them”.  As the music reflects the tonal qualities, sound and rhythms of Eastern European music, it aligns them with those they consider to be worse off than they.  Ultimately, they are confronted directly with the question of self-awareness when they meet a Bulgarian refugee who has been criticising Dublin.  When Adam asks him “Why are you here, then?” he returns the question: “ ‘Why am I here?’ Did you ever ask yourself the same question?”  Incapable of considering an answer that would demand self-analysis, their next exchange is reminiscent of Beckett:

The characters are never granted the void of cyclical purgatory of Didi and Gogo in a narrative sense, because the addictive cycle that suppresses them is rendered in a linear plot structure.  At the beginning of the film, a rack focus positions them on either side of the two distant power station towers in Ringsend, geographically placing them somewhere (unidentified) on the South West suburbs of the city.  Their journey ends when the final camera angle allows us sight of only one tower (the other is directly behind it) as Paul – now alone – awakens from his drugged sleep.  Unlike Beckett’s characters, who suffer from an historical amnesia that undermines their ability to construct a future,4) Adam and Paul’s future is bound to their briefly narrated past, and the death of their friend Matthew.  Evidently inevitably, after Adam’s demise, for Paul it is only a matter of time.

Royle, Nicholas. 2003.  The Uncanny: an introduction, Manchester: Manchester U. P.