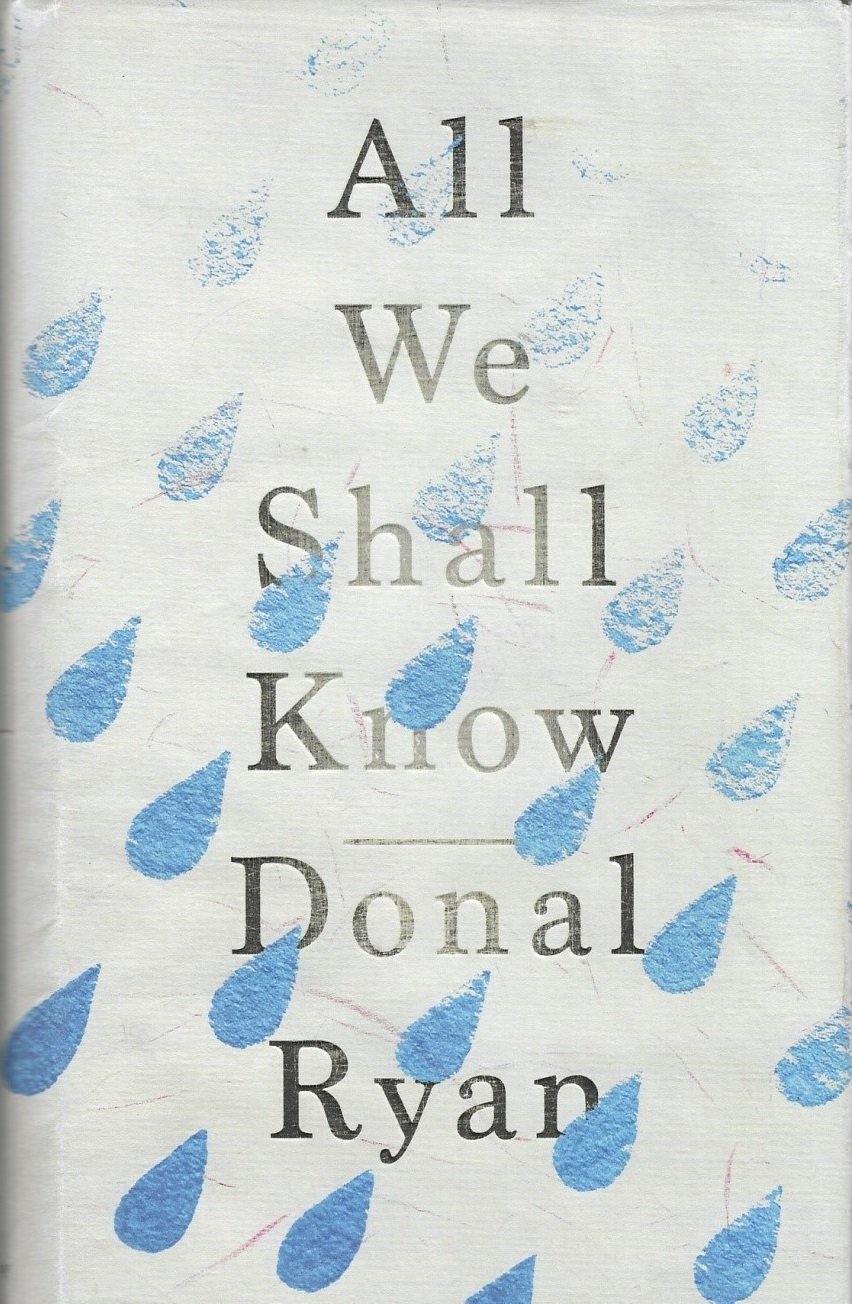 Since Irish literature is one of the most prolific, versatile and brilliant of world literatures, and Irish authors are excelling at diverse literary genres that include the short story, the novel, poetry and theatre, it is certainly difficult to summarize main trends in contemporary Irish writing. Notwithstanding this cautionary precision, any informed reader would agree that we can distinguish a series of authors intent on rewriting, revisiting and revising Ireland’s past (Joseph O’Connor, Colm Tóibín, or Emma Donoghue are good examples). Meanwhile others are focused on representing and dissecting in fiction the contemporary circumstances of Ireland and of the Irish (Dermot Bolger, Anne Enright, Deirdre Madden, or Claire Kilroy are significant instances). We could even discern a third group more clearly concerned with deciphering through their protagonists the most subtle intricacies of the human condition, by deploying the most radical crises an individual can experience, and with representing in fiction our most intimate and personal biases. Thus, Deirdre Madden (Molly Fox’s Birthday, 2008), Eimear McBride (A Girl Is a Half-Formed Thing, 2013), Caitriona Lally (Eggshells, 2015), Sarah Baume (Spill Simmer Falter Wither, 2015; A Line Made by Walking, 2017) and Donal Ryan belong to a wider group of authors intent on demonstrating the ongoing interest in character in fiction, and Irish writers’ particular penchant for and ability to deploy the numberless possibilities of characterization. This is part of a long tradition in Irish writing that probably began with Laurence Sterne’s unforgettable Tristram Shandy and acquired maximum expression with James Joyce’s creation of the complex and multifaceted Leopold Bloom.

Donal Ryan’s Melody Shee, the protagonist of his latest novel to date, All We Shall Know, illustrates the Irish writer’s interest in and skills for characterization that were already evinced in his previous novels. Ryan is becoming one of the most promising figures in the contemporary Irish literary scene since his first novel, The Spinning Heart (2012), was listed for the Booker Prize in 2013 and won the Guardian First Book Award in that same year. His next novel, The Thing about December (2013), had been written before the first one but discarded by several publishers, and received popular and academic recognition after its publication. The latter novel documents the protagonists’ fate during the years of the economic boom, the former life after Ireland’s financial collapse. Therefore, the chronological setting of the novels corresponds to the order of their composition rather than to the order of their publication.

Ryan’s The Thing about December should be added to that already considerable number of literary works by Irish authors who have recorded the follies of the so-called Celtic Tiger years (such as Mary Rose Callaghan’s The Visitors’ Book, 2001; Anne Haverty’s The Free and Easy, 2006; Éilís Ní Dhuibhne’s Fox, Swallow, Scarecrow, 2007; Anne Enright’s The Forgotten Waltz, 2004; or Dermot Boger’s Tanglewood, 2015). And The Spinning Heart is a further instance of fictions documenting the bleak and tragic socioeconomic aftermath that followed the welfare years (including Dermot Bolger’s The Fall of Ireland, 2012; Peter Cunningham’s Capital Sins, 2010; Colm Keena’s Bishop’s Move, 2013; and Claire Kilroy’s The Devil I Know, 2012). Donal Ryan’s work always manages to offer a different perspective. Most Celtic Tiger fiction depicts how the economic boom affected urban Ireland, whereas Ryan, in The Thing about December, exposes how it also got its claws into the rural areas of the country. In both The Thing about December and The Spinning Heart, the writer’s concern is not with greedy property developers, unscrupulous bankers, corrupted politicians or avaricious businessmen but rather with the quiet victims, those who were cheated and exploited by the powerful and the affluent.

Donal Ryan’s All We Shall Know shares with his two previous novels Ryan’s preference for unlikely heroes, for protagonists who, like Joyce’s Mr Duffy in “A Painful Case”, feel that they “have been outcast from life’s feast”. Nevertheless, in contrast with Ryan’s previous novels, in which men feature more prominently than women (especially in the case of The Thing about December) the main protagonists of All We Shall Know are two women, Melody Shee, thirty-three, and Mary Crothery, nineteen years old. The story is told from the perspective of the former, who begins her narrative when she is twelve weeks pregnant by a Traveller student of hers, 17-year-old Martin Toppy: “Week Twelve. Martin Toppy is the son of a famous Traveller and the father of my unborn child. He’s seventeen, I’m thirty-three. I was his teacher. I’d have killed myself by now if I was brave enough. I don’t think it would hurt the baby. His little heart would stop with mine” (7). Formally speaking, the reader will recognize Ryan’s recurrent preference for segmenting the representation of his characters’ experiences, which is a way of deploying in fiction the fragmentation of our human condition, and his recourse to reproducing the discontinuous, complex and multidimensional nature of the modern self. The Spinning Heart unraveled the tragedy of the Irish economic collapse through the points of view of 21 different victims, and The Thing About December was divided in 12 chapters, each dealing with a month in the life of Johnsey Cunliffe. All We Shall Know begins when Melody is twelve weeks pregnant and the novel is structured in the remaining weeks that cover Melody’s pregnancy and finishes with a “Post-partum” concluding section.

Melody is a middle-aged married woman who betrayed her childhood friend Breedie Flynn, is unfaithful to and abuses her husband Pat, ignores her quiet and good-natured father, and is constantly musing over the possibility of committing suicide and putting an end to her life and to that of her unborn child. Even though there is not much to recommend Melody as a fictional representative of the human condition, as the narrative progresses the reader sympathizes with a protagonist whose flaws, weaknesses, and limitations make her all too human. Besides, she could be interpreted as a victim of adverse vital circumstances and wrong choices in life. Melody, who has studied English, history and journalism, writes and occasionally publishes poetry, and deploys social concerns related to GM food, whaling, asylum seekers or sexism, does not fit in the small village community in which she lives and has not found an intellectual equal in her affable husband. All this, of course, does not justify the protagonist’s cruelty and her inability to search for an alternative way of life out of a suffocating existence. And Melody, who sometimes considers that she is certainly evil – “I’m bad, for sure. There’s no kindness in me” (41) – on other occasions considers that she can still be redeemed – “I’m not all bad. I’m not evil or irredeemable” (56) –, devotes her time to scrutinizing and recording both the physical changes her body is experiencing during pregnancy as well as the mental states through which she passes: “all my moments now are marked and measured, standing out in unforgiving light to be examined” (8). It is in fact this narration of her own life that saves Melody from definitive destruction and seems to offer her an alternative way out of her meagre existence: “My mood is lifted this past few days; this writing down of random things is lightening me, pushing me outwards, creating a tension in me that seems to be serving as a kind of exercise, a tearing and reconstituting, a building of something” (39). It is precisely this ability to think, to revise past conducts, to lament and to learn from past deeds and old wrongs, and to change, what makes us human. Melody’s friendship with Mary Crothery, the young Traveller girl whom the narrator befriends, will offer her another opportunity to discover kindness, friendship and selflessness.

Ryan’s representation of the Irish Traveller community in the novel deserves particular attention. The so-called Travelling People have been traditionally ignored or stereotyped in Irish literature and culture. More recently, we can detect a renewed interest in the representation in fiction of this social group (by authors such as Anne Haverty, or Eílìs Ní Dhuibhne among others). However, their appearance in All We Shall Now is not exempt from controversy, as Ryan describes this group as an illiterate, conservative and patriarchal community that punishes and ostracizes mainly the female members for infractions. Furthermore, Ryan portrays Travellers are being given to vengeance and violence. Despite these negative connotations, the reader should not forget that the perspective offered in the narrative is Melody’s and that it is a member of the Travelling People, Mary, who will encourage and inspire a change in the rest of the protagonists, thus facilitating the denouement of the novel’s final message seems to be that human redemption is always possible, and that every single man or woman will always have the chance of atonement.