Amber, Screenworks and the production of culture

Amber, Screenworks and the production of culture 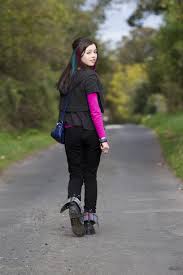 Rather than adopting the standard textual analysis approach, this contribution to this year’s Film and Television review of Amber – a four-part psychological thriller made for and recently screened on RTE television – adopts a production of culture perspective, viewing the series as conditioned by a number of interlinked features of the Irish television production environment. These include factors contributing to the development of Screenworks, the company that created, developed and produced the series.

On a narrative level, Amber tells the story of a Dublin teenager’s mysterious disappearance, and her family’s subsequent attempts to find her. It stars newcomer Lauryn Canny as the missing girl, while Eva Birthistle and David Murray play her parents. In each of the four episodes, the story is approached from a different character’s point of view, and we witness the pressures that come to bear on Amber’s family as the search continues. Created by Rob Cawley and Paul Duane of Screenworks, the series was written by Garry Duggan (Fair City) and directed by veteran filmmaker Thaddeus O’Sullivan (Stella Days, Ordinary Decent Criminal, December Bride).

The production of culture perspective is interested in how cultural products are “shaped by the systems within which they are created, distributed, evaluated, taught and preserved” (Peterson and Anand 2004: 311). The perspective rejects simplistic “reflection” theories in which an underlying social-economic power structure can be somehow “read off” cultural products. Instead, it favours a more multieclectical view in which culture and social structure are seen as “elements in an ever-changing patchwork”, while cultural artefacts are “shaped in the mundane process of their production (ibid: 312). In their review of the field, Peterson and Anand theorised a model of production comprising six “facets”: technology, law/regulation, industry structure, organisational structure, occupational career and the market (ibid: 313-8). I shall consider some of these facets in an attempt to better understand Amber’s emergence from the nexus of legal, financial and cultural institutions in which Irish screen products are enmeshed.

Film and television production has always been technology-intensive. Moreover, technological change brings with it new opportunities for cultural production. For example, the relatively recent renaissance of “quality” television drama is often attributed to the decision by the US cable network HBO to diversify into original programming, a strategic choice rooted in the emergence of TV’s digital “third era” of technological development (Edgarton and Jones 2008). HBO’s success in producing innovative, differentiated productions like The Sopranos, The Wire, and Game of Thrones has undoubtedly influenced the creative policy of rivals throughout the international television industry, influencing decisions on permissible levels of violence, strong language and sexual content (ibid.). Arguably, RTÉ’s Love/Hate exhibits some of these new sensibilities, which may partly explain its relative success in achieving international distribution, with sales to at least nine countries to date (Butler 2013). If Love/Hate’s international success has had any bearing on RTÉ’s subsequent drama development decisions, its backing of Amber has undoubtedly been prescient: to date, the new series has been sold to at least a dozen international territories (Slattery 2014).

Technological change in production technology has also contributed in a different way to the rise of Amber’s production company, Screenworks. The availability of low-cost digital production and post-production equipment lowers barriers to entry for industry entrants by reducing production costs, especially if combined with free or nearly free labour. One such production initiative, RTÉ’s low-budget Storyland initiative, was formative for Screenworks, which produced two series – Jenny Was a Friend of Mine (2009) and Happyslapper (2009) under the scheme.

There is little doubt that small production companies such as Screenworks, like many other actors in the independent production sector, owe their existence to Ireland’s ratification of EU law requiring broadcasters to outsource a percentage of programme production. This, however, is only half the story. In Ireland, as in many other countries, levels of both indigenous and incoming international television production are heavily influenced by State-sponsored financial incentives that underpin production. It is typical for native dramatic television productions like Amber to seek funding through two schemes made possible by broadcasting and tax legislation. The first of these is Sound and Vision, a funding initiative administered by the Broadcasting Authority of Ireland (BAI) that distributes part of the television license fee among broadcasters and independent producers, to fund projects meeting certain stated cultural objectives. The second is the Section 481 tax initiative, through which producers raise money from investors, whose ostensible risk is offset through tax relief. The majority of Amber’s budget was duly raised through these two sources, the remainder contributed by RTÉ (Screenworks 2014).

One of the peculiarities of Amber’s journey from script to screen, however, is the length of time it took to officially arrive on Irish screens, despite being financed totally through these native sources. Completed in 2012, the series was acquired for international distribution by Content Television, who secured a number of high-profile sales to terrestrial, satellite and VOD broadcasters around the world. Thus by the time Amber finally aired on RTÉ in early 2014, it had already been seen in Denmark, Sweden, Israel, Latin America, Brazil, Canada, Australia and the USA (Rosser 2012; Content 2012).

A further regulatory regime has been blamed for this delay: an idiosyncratic international accounting rule requiring programme production costs to be booked during the period of broadcast, rather than the period of production. This narrative, emanating from RTÉ itself, suggests that Amber’s delayed broadcast was ultimately a consequence of political pressure on the station to break even (Slattery 2013).

Prior to the opening up of television production via EU-mandated outsourcing of programme making, broadcast production in Ireland was mostly centralised in the monolithic, bureaucratic organisational structure of RTÉ. The advent of an independent production culture enabled the creation of many small, entrepreneurial firms like Screenworks – boutique production companies with a small number of producer and administrator employees, drawing on a pool of flexible freelance labour during production periods. While the number of production companies has undoubtedly proliferated, television drama production, with its relatively high budgets, has tended to be dominated by a few larger companies such as Octagon (Love/Hate, Raw) Element (Pure Mule, Prosperity), and Parallel (The Clinic), all of whom are also active in film production. Amber, it could be argued, marks Screenworks arrival into this elite field. Since producing the series, the company has made two feature documentaries financed by the Irish Film Board, Barbaric Genius (2011) and Very Extremely Dangerous (2012). It has made a further documentary, Natan (2013) through the Arts Council’s Reel Art scheme, and is reportedly developing a number of further drama and feature projects with RTÉ and the Film Board (Slattery 2013, Screenworks 2014).

If the television drama “market” results from producer attempts to satisfy changing consumer tastes (Peterson and Anand 2004: 317), Amber might be read as an attempt to capture the market by infusing a generic missing person mystery with elements of narrative innovation. Amber employs a narrative structure based on multiple POV replay narration, a relatively innovative storytelling style also utilised in the Netflix-produced revival of US cult comedy Arrested Development (Murray 2013). In a further departure from the norm, RTÉ scheduled the series in “strip” format, airing the episodes over four consecutive nights, the first time it has ever treated a domestic drama series in this way (Slattery 2014). Despite these innovations, and Amber’s high audience figures, a lack of narrative resolution appears to have alienated some viewers, judging from online viewer discussion (e.g. Boards 2014). On the other hand, if the audience is only alienated in the final scenes, the drama has arguably succeeded in its market intentions.

The production of culture approach has been criticised for, among other things, a lack of interest in the supposedly unique nature of cultural products; a disregard for textual analysis and meaning; and a neglect of questions of power and exploitation (Peterson and Anand 2004: 326-7). While I acknowledge these shortcomings of the account presented here, its purpose is to illuminate questions rarely asked by proponents of text- or audience-centred approaches: What is the context of production? How do production companies emerge and develop? Is market support for indigenous drama justified? Can Irish drama compete in an energised international market for “quality” drama? In such a project, questions about the “meaning” of Amber, and its success or otherwise as television drama, are largely irrelevant.

RTÉ’s curious treatment of a flagship drama project is nevertheless interesting. Regardless of international accounting rules or supposed political pressure to break even, the bookkeeping narrative contains an obvious flaw. If the BAI’s €550,000 represents, as is typical, 85 percent or so of production costs, and Screenworks also accessed Section 481 funding, which would typically contribute a further 20 percent or so of the budget, it is highly likely that RTÉ made only a token financial contribution to Amber. The real reason for the drama’s long-delayed Irish premiere remains unstated.