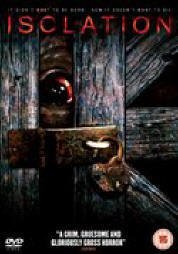 In his 1993 essay «Genericity in the Nineties: Eclectic Irony and the New Sincerity», Jim Collins sets out to map certain tendencies that he identifies in contemporary mainstream cinema.  Collins draws on four generic groups previously classified by John Cawelti in a 1978 article and reduces them to two categories.  He separates films into those that work through a parodic intertextual referencing of genre (what he calls «Eclectic Irony»), and those that treat genre convention seriously (designated as «New Sincerity»).  Although he does not make direct reference to the horror genre, it is one that developed a clear line of parodic self-referentiality  throughout the decade in ways that would make it easily placed within the first set.

Nor is this tendency –inherently related to tonal affects that the horror and comedy share– simply isolated within American mainstream practice, and many examples of the horror comedy or the horror effected comically have emerged over the last fifteen years from minor national cinemas: recently, among them, Cabin Fever (Eli Roth, US Independent, 2002), Shaun of the Dead (Edgar Wright, Britain, 2004) and Boy Eats Girl (Stephen Bradley, Ireland, 2005) (See Barton 2006).

Irish productions since 1990 have frequently displayed the same formal and stylistic tendency to address generic conventions through parody or self-referential mockery that creates its comedy by juxtaposing the local recognisable with universal genre structures.  The comedy works because in different ways the local semantics fail to sit comfortable with the generic syntax.  In fact, as burgeoning national cinemas emerge into mainstream circuits of production and distribution, for reasons of economy, technology or aesthetic exploration, it is common to see degrees of address to established genres.  There is also evidence of tendencies during different phases of a national cinema of placing national characteristics against the mainstream tropes, semantics or coding of established genres, and while it is not always necessarily done for comic effect (Godard’s A bout de souffle from 1959 is one prominent example), more often than not, such genre blending is designed to work comically (Monahan,  2007).  These are films that work through, and expect the audience to enjoy, a dialogue with genre conventions.  They acknowledge implicitly a level of spectator sophistication and the ability to recognise the genre play and the referencing of mainstream generic language.

However, another identifiable phase of development of a minor cinema (one not necessarily chronologically separate from moments of parodic genre play), occurs when a genre is treated seriously.  Such films no longer talk through the generic language from outside genre performance, rather they perform the genre sincerely, with a level of sophistication that displays both a respect for the confined regulation that informs genre production and consumption, and also marks the extent to which genre limitations may, in fact, be creatively liberating.  Here, I would like to propose that Billy O’Brien’s 2006 feature Isolation displays consistent creativity in its application, evocation and arrangement of the language of the horror genre.  This is marked, above all, by a credibility –as narrative and character verisimilitude– that is perfectly managed without allowing (as is eminently possible in the genre) the ridiculousness of the incredible to become deliberate comedic generic failure, eclectic irony, or genre parody.

Three interconnected aspects of the horror film –categorised here under the general headings aesthetics, theme and narration– are drawn together with both textual and textural respect for the horror genre’s precedents, but also with the appropriate dramatic self-reflexive generic intertextuality by which all genres work.  The tone is established with formal fragmentation of image and text during the credit sequence, and Adrian Johnston’s soundtrack –as is typically the case with Romero, Carpenter and Argento– intensifies the mood disproportionately in relation to the images.  In this way, the soundtrack assists the suggestion of the presence of an extra-diegetic being; a force with supernatural power entirely beyond the control of the diegetic characters and the narrator.  Throughout the film, unmotivated point-of-view shots reaffirm this presence with Robbie Ryan’s continually budging hand-held camera whose perspective is usually restricted or masked by walls, doors, peep-holes, and other shadows.  Typically, this manner of blocking the view, and thereby hindering knowledge, is a particularly effective objective correlative for the uneven epistemological provision that is critical for the horror genre, one that I will deal with below.  Even the closing scene, which reveals ultrasound scan of the womb of the pregnant ‘final girl’ in the maternity hospital, embodies literally as it dramatises the possibility for what is most threatening about the horror film: the fact that the terror is ultimately beyond narrative control and arrangement.  The story does not achieve a typical point of closure, rather it suggests a lack-of-finality and the ever-possible return of the monster in a sequel.

As order, and a basic faith in epistemological regulation and empirical expertise, is converted into disorder, the narrative struggle for the characters is always one of seeking to impose control over that which has become overwhelming.  As the deformed embryos of the cow on which the German biologist has been experimenting begin to grow at an unprecedented rate, the incredibility of the situation is managed by conventions that facilitate the genre’s verisimilitude.  Knowledge is constantly unevenly dispersed between ignorant and informed characters and film spectators, with rapid and frequent modulations and u-turns that redefine positions of safety, survival and threat.  Unlike the sustained withholding of significant information that is characteristic of dramatic irony that contributes to tension and anagnorisis, it is specifically the undermining of faith in the empirical positivistic sciences and the alternating rapid disempowering and empowering of characters and spectators that adds to the horror’s emotional affect.  This inevitably leads to some of the more problematic lines in such films, as the description on what has taken place ‘scientifically’, necessarily directed at other innocent characters, is effectively designed to inform us.  Both John, the ambitious and corrupt German biologist, and Orla his assistant will inform us of the severity of the potential national threat, but as this information is passed we can be certain that, true to the genre, we will be aware of their demise before they are.  An example of such transferral of information occurs in one sequence, shortly after an impromptu autopsy on the calf’s womb, which begins with Dan and Orla staring at unrecognisable embryonic growths.  We wait in suspense until Orla enlightens us as to what exactly is lying on the table.  A shift occurs on a shock effect beat when, immediately after she has said, «They could never have lived», one of the embryos twitches, levelling our respective ‘knowledge positions’.  Our position is brought to one of knowledge superiority in the following scene when we return to the operating table, to find one of the creatures crawling off the table top, in the absence the other characters.

This shifting of knowledge perspectives also introduces another key aspect of the regulation of epistemological orders that is objectively dramatised in the horror: the transgression of borders by the association of space with knowledge.  This spatial delineation is dramatised both in terms of biology, as the parasite invades human inner-space, geography and architecture as signs are posted warning «Keep Out», and «No Entry» and informed characters frequently warn others to «Stay away!», «Keep back!» or «Don’t go in there!». This tonal aspect of the genre largely motivated Barbara Creed’s application of Julia Kristeva’s notion of the ‘Abject’ to the horror.  All of the distinguishing attributes of the abject appear in O’Brien’s film, although the parasitic nature of the monsters inverts its operation by insisting a reintroduction of the abject, back to the farm, into the body and, ultimately, into society.  While genetic mutation renders concretely and metaphorically the fundamental instability of narrative, character and spectator relations in the genre, it is the inability fully to reject, avoid, dispel and discard the monster that provides much of the horror in Isolation.  Socially, however, those forced outside the boundaries –the travellers– may be read as one aspect of the film’s abject as their caravan is frequently framed in front of the ‘No Entry’ sign and because much of the dialogue about, or directed at, them supports their social alienation.  At one moment, in an interesting revision of the common horror utterance «I’ll be right back!», they are warned: «Be outta here by tomorrow!»

Ultimately, however, as the title points simultaneously to the idea of quarantine and remote geographical separation – both usefully applicable in the operations of the genre, the film can be contextualised against very real contemporary fears about the possibility of a pandemic proliferating from farm lands.  With the threats to humans from ‘Mad Cow’ disease, the devastating effect of ‘Foot and Mouth’ disease, and the more recent scare surrounding Avian Flu, rural iconography has never been more easily de-romanticised as holocaust-like images of major culling were framed against the countryside landscape.  Billy O’Brien’s film applies generic formula with a precision, authenticity and ‘New Sincerity’ that readily assists an horrific fictionalisation of images so recently produced.