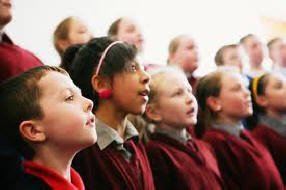 The Dublin suburban area of Ballymun can be considered as having attained iconic status in Irish culture. Developed in the 1960s in response to a continuing housing shortage, it was Ireland’s only high-rise public housing project and was “heralded as a symbol of the New Ireland”, embodying progress and modernisation (Nexus Research Co-Operative 2008: 4). Ballymun subsequently became synonymous with deprivation, and its decline came to mark our disillusion with progress (Norris 2001: 3-4). As the country experienced the Celtic Tiger boom, Ballymun was scheduled for urban regeneration through a public-private partnership, a project that captured the national imagination, perhaps as a symbolic image of the regeneration of Ireland as a nation, encapsulating our hopes for an end to poverty and social exclusion. To date 28 of the 36 tower blocks have been demolished, the remaining due for demolition by 2014, and building of new housing continues (BRL 2011). The regeneration scheme, run by Ballymun Regeneration Limited (BRL), has created a new town in Ballymun with retail centres, neighbourhood and community centres, arts, leisure and recreational activities.

Ballymun has featured prominently in Irish national cinema, emblematic of urban alienation and disadvantage. As a location in mainstream and commercial cinema, the area has been prominent in film and television dramas that draw on a gritty urban aesthetic.1 In addition factual film and documentary have repeatedly focused on Ballymun as a site of urban disadvantage.2 Facts of Life(RTE, 1987), for example, looks at drug problems in Ballymun, whilst the profile of Dublin, In Flags or Flitters: Pictures of Dublin (Donald Taylor Black, 1991), used Ballymun to counterpoint more romantic depictions of the city. More recently, reality programming such as Des Bishop: Joy in the Hood (RTE, 2006), continued this association of Ballymun with deprivation. The regeneration of Ballymun has also featured prominently in Irish cinema, the documentary No More Tall Stories (RTE, 2004), for example, focuses on the regeneration of this area, while the experimental film, Hereafter(Paddy Jolley, Inger Lisa Hansen and Rebecca Trost, 2005), explores the derelict spaces of unoccupied tower blocks in Ballymun. Thus the on-screen representation of Ballymun constructs the area as one of urban decay and social deprivation, albeit with the more recent twist of the possible alleviation of these issues through regeneration.

In this context it is interesting to look at films that emerge from within Ballymun itself, made by or with a local community that live in the area, rather than from an outside agency or filmmaker. Community film refers to films made by local communities, usually through collaboration or participation with a filmmaker, although increasingly community films are being made without any professional filmmaking input. A number of community films have emerged from Ballymun from the 1980s to the present including Two of a Kind (Ballymun Development Co-Op) from 1986. In addition, Irish cinema’s new wave of the 1980s often blended community practices and approaches with more mainstream conventions, and we see this community film ethos in One Day Time (Joe Lee, 1982) andSometime City (Joe Lee, 1984).

Community film has continued to be important for Ballymun through an eclectic mix of many and diverse forms. There are simple filmed documentaries and reports of community activities, made by and for the local communities involved, such as the short documentary Orchestrate Workshops in Progress (axis Ballymun, 2011) reporting on one of the Ballymun Music Programme’s community arts projects. There are also collectively and individually authored documentaries about Ballymun communities and Ballymun life. Is Anybody Listening (Solas Development Centre and Ballymun Partnership, 2005) and the mockumentary, Bag of Bags (Dogmedia, 2006), are two examples. There are artist films like Leisure Centre (desperate optimists, 2005), and promotional films such as Get Connected (Peter Kelly and Jigsaw, 2010), which was made for Mental Health Week 2010. Ballymun communities have also made comedy films like Little Mun (Trinity Comprehensive School, 2006) and music videos like Products of the Environment by Street Literature (Ballymun Communications, 2010) or drama such as Tower Tales (Ballymun Communications, 2010), as well as a range of films that are experimental in their content, style or form. Into this mix comes Ballymun Lullaby, the 2011 feature documentary from director Frank Berry, winner of the Directors Finders Series 2011 and nominated for a 2012 IFTA, Irish Film and Television Award. This film tells the story of a “Tower Songs”3 music project led by the Ballymun Music Room’s music director Ron Cooney. In this project composer Darragh O’Toole works with a group of young people to compose a piece of music, which is then performed by the young people with the RTE Concert Orchestra. The documentary follows this music project through composition and rehearsals to the making of a CD recording.

Director Frank Berry describes his documentary as community cinema because of its roots in his involvement in community filmmaking in Ballymun over a number of years, directing community films with themes as diverse as “educational opportunities, personal development, disability and social disadvantage” (Berry 2011). Whilst Ballymun Lullaby has not been made through the usual community film channels and processes (a community development objective and the use of participatory production processes, for example), it nonetheless straddles the divergent approaches of commercial and community cinemas, though is more firmly rooted in the latter tradition.

The film opens on archive footage of the civil unrest and demonstrations about poor and inadequate housing in Dublin that led to the development of Ballymun. Archive television and online video footage shows the progression of Ballymun from a symbol of progress to an emblem of social disadvantage. In this way it aligns itself with a community film ethos, by providing a social, economic and political context for the deprivation experienced in this community. There is also movement between the different locations within Ballymun, of school, home, music room and Axis Arts Centre, as well as a variety of shots of the area, which firmly defines this as a place-based community. Although the film mainly focuses on an individual teacher and three of the teenage participants in the project, the film also emphasizes that the music project is a collaborative effort with large groups of younger children practising and performing together. Children feature prominently throughout the film, but they are seen en masse, avoiding the potential for their exploitation. In addition the film eschews heart-wrenching stories of triumph over adversity, common to commercial film and television dealing with stories from disadvantaged urban locales.

However, Ballymun Lullaby relies on many of the conventions of popular and commercial documentary more often than is usual in community film. It focuses in depth on music director Ron Cooney.  His eccentricities and idiosyncrasies are highlighted, and the film demonstrates his passion and commitment to music in interviews, footage of him teaching, rehearsing and facilitating music with the youngsters and of him moving frantically from one class or session to another. His dedication is also foregrounded through talk of a heart attack and of how he has kept going despite medical problems. This presentation of Cooney mirrors the narrative strategies of dominant media, in which transformation, success or glory comes through the charismatic, workaholic and single-minded personality of an exceptional individual, rather than as a result of collective action. As Cooney himself pointed out4 Lullaby gives the impression that he alone drives the Ballymun Music Room, but the reality is that there are more than thirteen music teachers involved in delivering the range of music projects on offer there, as well as contributing to this particular project. So, despite its uplifting message that young people from Ballymun are full of potential and ability, the film posits that the realisation of this potential and ability ultimately depends on the drive and commitment of one exceptional individual.

The film also constructs this particular project as an exceptional, once-off opportunity for a group of disadvantaged children. In reality the Ballymun Music Programme have been running comparable projects over a number of years, with a number of similar success stories. Indeed, Berry’s 2003Fanfare for Ballymun film covered the same territory, a renowned composer works with a group of secondary school children on a composition that is then performed by the participants. ‘Fire’, the music composition featured in Fanfare, went on to be recorded by BBC Northern Ireland and a CD was released. Thus, despite its construction in Lullaby as a unique and extraordinary event, the music project at the heart of the film is part of a regular and on-going series of projects.

Lullaby also uses mainstream narrative devices to create tension and drama. Berry originally set out to film a year in Ron’s life at the Ballymun Music Room, but switched focus to cover this particular project happening there, from its inception to completion in a recorded CD. The filmmaker chose to provide this narrative trajectory for the film, with a goal for the participants to reach a target of sales for the CD. Such a target is not part of the remit of the Tower Songs participatory project in itself; its aim is primarily to promote participation in socially engaged arts practice within the communities in question. The drive to reach this goal, therefore, is constructed within the film in order to provide the tension necessary to keep an audience rooting for the main characters. Whilst this dramatic suspense makes the film narratively compelling it also undermines the real achievements of the project. The significance of the successful collaboration between young people and composer and then conductor, the accomplished performances and the extraordinary musical talents that these young people display throughout the film is potentially undermined because the CD did not reach its target sales.

At the same time, the film does provide a powerful counter to dominant media constructions of musical talent and success. One example can be found in the contribution by the project’s soloist, Wayne Beatty, who was previously a contestant on the UK hit television programme, The X Factor(ITV, 2004 –) in 2006 and on a similar Irish programme Class Act (RTE, 2007– 2008) in 2007. Lullabypresents Beatty as a young adult who is struggling to live up to the failed promise of these talent shows, receiving hate mail and enduring bullying because of his participation in these contests, which lack the back up and support that community-based music projects provide. The film creates a strong contrast between Beatty and the other two music participants it features. Tara O’Brien is presented as a serious musician who has been a student of Ron’s for years. She is shown practicing assiduously, having achieved a scholarship to DIT’s music conservatory.5 She is not someone who looks to music to provide her with fame and fortune. Her ambition involves teaching and giving back to the community who provided her with her music education. Similarly, Darren Scully, a young poet who provides the lyrics for the piece, is shown to be interested in this work as creative expression rather than as a route to fame. This highlights the difference between the commercial aspirations of mainstream music industries and the realisation of real musical education in the work of the Ballymun Music Programme and Music Room. The film posits that community music projects are not about fame and money, but about personal growth, educational development and collaborative creativity. Thus it uses the conventions of dominant mainstream media to show how its alternative – participatory and community arts – work in practice.