Busting the Boom: The Tiger’s Tail (2006) and The Pope’s Children

Busting the Boom: The Tiger’s Tail (2006) and The Pope’s Children 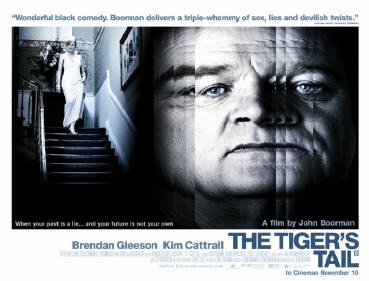 Both of these texts attempt to examine the current economic and social landscape of Ireland and present a range of constructed characters to dramatise how the country has been radically transformed from being fixated with the past and memories of poverty and emigration.  By foregrounding the newfound wealth and opulence of the capital, both seek to uncover what drives the so-called ‘Celtic Tiger’, while incorporating various fault-lines, such  as the prospect of a property crash or a personal crisis which is initiated by the past coming back to haunt a successful property developer. But while David McWilliams’ TV study celebrates the new brashness within the culture, John Boorman’s film remains more sombre and pessimistic from the outset.

McWilliams’ effectively captures the conspicuous consumption of a new middle class. This newly found self-confidence is encapsulated by the wild generalisations cited at the start of his best selling book:

Ireland has arrived. We are richer than any of us imagined possible ten years ago. No Irish person has to emigrate, none of us need pay for education and even our universities are free. Unemployment is the lowest in our history. We have more choice than ever, the place is more tolerant and no one can be legally discriminated against. We have more cash in our back pockets than almost anyone in Europe. We are better off than 99% of humanity. We are top of foreigners’ lists as places to live. Unlike many of our rich neighbours, in survey after survey we claim to be very happy.1 2

At the same time, while evoking much irony and sarcasm, the well-known Irish economist also captures this new cosmopolitan middle class on television. We meet ‘DIY Declan’, ‘Low GI Jane’, ‘Breakfast Roll Man’, ‘Yummy Mummy’ and the ‘HiCo’s’ – the latter being the elite city dwellers far removed from the inhabitants of the growing suburbs, which is characterised by the ‘Decklanders’. Mapping the capital’s radically changing landscape from the air, McWilliams underscores his thesis with headline grabbing copy, such as ‘Irish families are getting smaller but our kitchens are getting bigger’, coupled with an assertion that we are witnessing ‘the greatest makeover Ireland has ever seen’.3 Such tabloid copy is brash and bold echoing the success of TV production companies like Tyrone Productions, who made this series and were harbingers of a Celtic Tiger confidence, having most famously created the Riverdance phenomenon that travelled the world. Surprisingly the big screen has been slower in capturing the excesses of this ‘new Ireland’ for comic or more serious dramatic effect.

The English director John Boorman, a long-time resident of Co Wicklow, has been a key figure in the Irish film industry, shooting and/or editing many of his films here, including Deliverance (1972), Emerald Forest (1985) and Excalibur (1981) among others. Lead actor Brendan Gleeson also starred in the title role of Boorman’s successful true-life gangster story centred on notorious Dublin gangster Martin Cahill, The General back in 1998. Unfortunately, this latest study of contemporary Irish culture and social politics falls flat by comparison with the director’s earlier more accomplished portrait of the underbelly of Ireland. Primarily, I would suggest, on account of a poorly developed script, which remains a recurring weakness within much Irish cinema. Furthermore, the sometimes preacherly tone of Boorman’s social-realist tale does not sit well with the contrasting hyper-realism of the Bacchanalian excesses of Dublin’s ‘Left Bank’ area.

Liam, played with confident aplomb by Gleeson, is awarded the accolade of ‘Developer of the Year’ – belying the fact that real-life developers have received a very bad press over the last number of years with corruption charges brought by various public tribunals. He spies his double –a trope much beloved in cinema history–  having first seen him through his car window in a traffic jam, the ubiquitous paradox of Ireland’s economic success. To explain this apparition, he has to make a journey of self-knowledge back to his old, pre-Celtic Tiger world, in the Irish countryside. Surprisingly, we see very little of his long suffering wife, played by Kim Cattrall, of Sex and the City fame. Her intertextual persona is probably meant to evoke a form of hyper consumerism and predatory sexuality, contrasted with his aged Irish mother who remains more touching and authentic. Asked if he was adopted, his erstwhile mother tells him the truth about how he was reared as her own, after her then 15-year-old daughter secretly gave birth to him in England.

The secret of the other twin requires further investigation from his newly re-discovered mother. Having been first introduced as his sister, Oona (Sinead Cusack) finally admits that Liam has a twin, given up for adoption at birth and hidden from the rest of the family. Even more fantastical, Liam’s real life father is revealed to have been the local parish priest. Surprisingly, this revelation gives them both a good laugh, a somewhat strange response by all accounts.

Clerical abuse and the perennial Irish problem of suicide are juxtaposed through yet another cinematic representation of an Irish priest, played by Ciarán Hinds who also doubles as a social worker and intones how young men taking their own lives has become an epidemic: ‘they are our suicide bombers’ he explains, in language reminiscent of McWilliams’ colourful tabloid rhetoric, but which is more misdirected and offensive. ‘They hate this new world we have given them, and this is their only way of fighting back’4 .

Later Liam’s apparent strength of character is fully tested when his own son ends up in the shelter where the priest works, as a suicide victim himself. Played by Gleeson’s own real-life son, Brian frequently quotes from Marx about how capitalism has caused so many problems in society. ‘Your success Dad means someone else has to suffer’. This is crudely yet dramatically illustrated when Brian ends up on a gurney in an anonymous hospital corridor. The scene dramatically echoes the constant media exposure of this national scandal with such overcrowding testing the patience and endurance of an overworked hospital staff. In a further twist to this blurring of private and public discourse, Brendan Gleeson received praise and admiration following his comments on the appalling treatment his own mother received in the health service, while appearing on the Late Late Show to promote the film.

Such pessimism is ostensibly relived by the ‘feel good’ happy-ending of the film, when Liam brings his son onto his boat to instigate an escape from reality, recalling his own dream as a child. Having seen the light with the help of his twin he simply leaves his wife and his wealthy life-style. Are we supposed to celebrate the possibility of the one-time ruthless capitalist transforming into a benevolent fun-loving socialist? Of course not; like the comic caricatures of McWilliams’ economic miracle parable, these are both illustrative examples of a contemporary Irish fable.

Both of these productions reflect a current preoccupation with understanding the Celtic Tiger phenomenon and display an attempt to appreciate the present in light of the past with varying success. The current fixation with consumer wealth, as in Boorman’s allegorical tale, masks a form of amnesia towards the traumas and truths of the past. Only by appreciating and understanding the implications and meanings of this –as Gleeson discovers his family– can psychological harmony be achieved. But while The Tiger’s Tail is overly laboured and unconvincing, The Pope’s Children is much more effective in capturing the imagination of Irish audiences reflecting the everyday experience of a new generation, using a televisual format which prefers style to substance. McWilliams also exposes topical social issues including obesity and drug abuse and presents the warning signs of recession, but his narrative is much less concerned with the past and more preoccupied with visualising the cultural reality of the present as it is sustained by economic success. This makes effective television, while Boorman’s low production values belie a severely flawed cinematic tale.