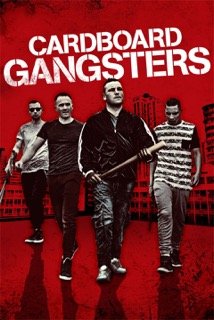 Lazy day, you can’t find work now
When you confess your real address
You feel your back up against the wall now
You’re classed as scum ‘cos of where you’re from
Little gangster boy, I see the pain in your eye
Little gangster boy, are you ready to die?
(Damien Dempsey, Gangster Boy)

At the 2012 Galway Film Fleadh, the director Mark O’Connor prefaced a screening of Stalker, his third feature, with a public statement entitled “Irish Cinema: A Call to Arms”. This “manifesto”, simultaneously published in Film Ireland and the Broadsheet blog, announced the arrival of “a new face” of Irish film: “The makeup is finally coming off. The conventional and generic Irish films of the past are being replaced by what could be referred to as ‘The Irish New Wave’ or ‘Tonn Nua’. I believe that we are finally finding our voice” (O’Grady-Peyton).

According to O’Connor, this new voice was discernible in the work of filmmakers like Terry McMahon (Charlie Casanova, 2011), Ivan Kavanagh (The Fading Light, 2009; Our Wonderful Home, 2008), Perry Ogden (Pavee Lackeen, 2005), Carmel Winters (Snap, 2010) and Juanita Wilson (As If I Am Not There, 2010). These writer/directors, with their “uniquely personal way of working” and appreciation of film logic, supposedly represented an emerging “protest film” genre standing apart from more market-driven fare, derided (in echoes of John Grierson) as “Hollywood infant formula”. Unloved by critics and mainstream filmgoers, perhaps due to their alleged sensitivity to the post-Tiger socioeconomic and moral zeitgeist, Tonn Nua filmmakers eschewed the questionable rigours of “perfecting the script” for “emotionally reactive” films derived from “political and social consciousness” (O’Gracy-Peyton).

While a rigorous analysis of Tonn Nua sensibility is beyond the scope of this article, it nevertheless provides a broad framework for analysing O’Connor’s own work, which is presumably accountable to the boldly declared principles of his manifesto. In addition to the lo-fi, DIY-ethos Stalker, the director had already shot Between the Canals (2011) and King of the Travellers (2012), both supported by the Irish Film Board under CEO Simon Perry, credited as the “grandfather” of the emerging movement. The “independence” of O’Connor from more mainstream indigenous fare is thus questionable: with the exception of Stalker, all his films have been produced and/or distributed with public finances. O’Connor’s next project, Cardboard Gangsters (2016), would be no exception: the entire shooting budget was provided by a €300,000 award from the BAI’s Sound and Vision Fund (carved out from a seven percent “top-slicing” of the television license fee), with a further €132,000 from the Section 481 tax scheme (BAI, 2014; Revenue Commissioners, 2016).

Fast forward to the summer of 2017, and Cardboard Gangsters, a year after its premiere (again at the Galway Film Fleadh), had arguably justified this public investment by becoming something of a popular sensation. The film was screening in over 60 Irish theatres on the way to amassing a reported box office gross of €550,000, to become the most seen-in-the-cinema Irish film of the year (O’Grady, 2017; Griffin, 2017; the author has not been able to corroborate these box office figures, which can be difficult to verify). The film, which received additional backing from TV3, had its small-screen premiere in December, and although the TV viewing figures do not appear to be readily available, on the evidence of its theatrical success alone it can be argued that Tonn Nua cinema, if Cardboard Gangsters is a typical example, may indeed represent a new populism in indigenous Irish film.

But does it exude the social consciousness claimed by O’Connor for the New Wave of Irish filmmakers? The film is set in the north-side Dublin suburb of Darndale, one of the most disadvantaged areas in Ireland, providing ample opportunity for social critique, especially in relation to causes and effects of economic inequality. The drama follows the fortunes of Jay (John Connors, who co-wrote the film), a wannabe gangster whose efforts to carve out a slice of the local heroin market leads to a predictably bloody conflict with established kingpin Derra (Jimmy Smallhorne). Despite the Tonn Nua promise, Darndale is presented as hermetically sealed: a hotbed of crime, violence, intimidation and despair, devoid of any wider social context or comment that might explain and critically examine the deprivation depicted on screen. Gang rivalries and drug wars ensue with no apparent opposition, either from within the community itself or from outside authorities. The police, marginal and ineffectual, function only as agents for an uncaring State, a role established early in the film when plain clothes officers evict a family for non-payment of rent. The same scene provides an opportunity for Jay to demonstrate both his fearlessness and contempt for the forces of the law, in an odd juxtaposition of slapstick comedy with the genuine contemporary social problem of housing loss.

As well as avoiding social engagement, the film displays a marked – if common – weakness for poorly drawn female characters, suggesting a Tonn Nua propensity to fall back on stereotypes of gender as well as class. The three leading female characters are defined mainly in terms of their relationship with Jay, failing to transcend even the limited ambitions of the Bechdel test. Jay is drawn to Derra’s wife, Kim (Kierston Wareing), who is introduced as “proper gangster gee”, in the colourful argot of the Darndale mean streets. An unlikely (and spectacularly indiscrete) tryst ensues, ensuring that Jay, already on a collision trajectory for his unsanctioned drug dealing, cannot possibly escape confrontation with the criminal overlord and the inevitable reckoning that follows. The one-dimensionality of O’Connor’s female characters is perhaps not unusual by the standards of “indie” street-crime genre, but hardly inevitable. Such female inaction would hardly pass muster in a Tarantino film, for example, where the mother-and-girlfriend duo would probably stage a bloody and empowering intervention to save Jay from his impossible predicament, rather than suffer the passive, dramatically bloodless “rescue” to which they are subjected by the Tonn Nua screenplay.

Despite the script’s shortcomings of exposition, character and dialogue, Connors delivers a credible (and indeed IFTA-winning) acting performance. One scene in particular – shot in a long take in Jay’s bedroom, where the confined proportions reflect the closing in of Jay’s growing anguish following a series of increasingly desperate choices – demonstrates Connors’ considerable emotional power as an actor. But the real star of Cardboard Gangsters (also evident in the same scene, one of several staged in single-shot long takes) is Michael Lavelle’s kinetic cinematography. His camera infuses many scenes with a jittery edginess, elevating the narration to a plane that the writing and acting alone would struggle to reach.

Tony Kearns’ film editing is similarly fluid, lending energy and drive to the unlikely series of narrative events. Ultimately, however, Cardboard Gangsters is a home-grown genre piece whose semantic elements (urban mean streets, tattooed tough-guy characters, improvised weapons of torture,) and syntactic structures (“skangsta” situations, “macho” characterisation, techno/hip-hop/rap soundtrack) fail to combine in a synergistic manner that might allow the film to transcend its generic limitations. In O’Connor’s Darndale, status is measured solely in terms of criminal ambition. As an alternative to criminality, the only “legit” career choices available are improbable celebrity culture options like working as a DJ or being a rap musician. Arguably, Cardboard Gangsters’ real point of reference is the hit television drama Love/Hate (RTE, 2010-2014), on which Connors was most likely working while writing the original version of the script. Like that series, Cardboard Gangsters achieves commercial appeal while conflating working class with underclass, relegating women to subservience, and fetishizing Irish criminality with visual and linguistic tropes borrowed from American film and television.

In the closing credits, thanks are extended to the people of Darndale, and to workers at the Belcamp Village Centre, which provided a production base during the 15-day location shoot (Film Ireland, 2017; Brosnan, 2016). The Centre spearheads several community-building, local art, and employment initiatives in Darndale. Its support of this film is let down by the filmmakers’ failure to deliver what is surely an essential element of successful film drama rooted in the gritty social realism to which Cardboard Gangsters clearly aspires: authenticity.