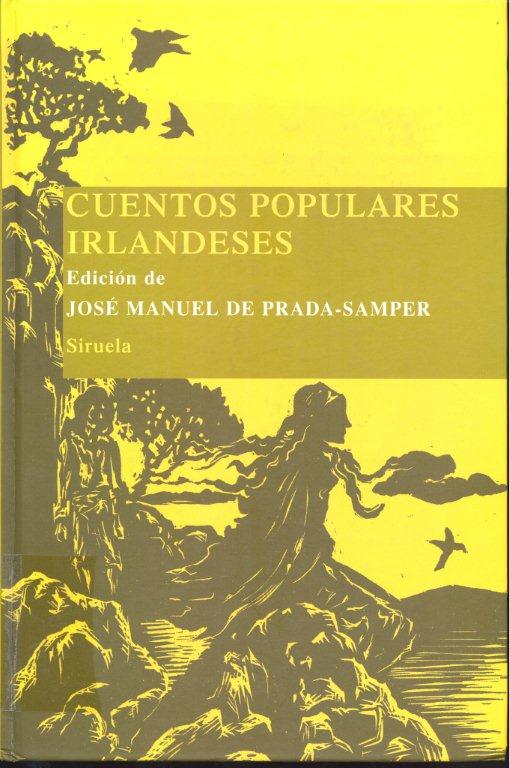 Once upon a time, in County Cork, three brothers married three sisters whom they had met in a country fair. The three sisters were known for their wit, and accepted the challenge of a landlord who offered a prize for the one who would ridicule most her man. The eldest sister made her husband believe that he was dead. The second sister blackened her husband’s body as a sign of mourning and bade him go to this brother’s wake in that fashion. When the neighbours gathering at the eldest brother’s house saw that a black figure was approaching, they thought that the devil had come to retrieve the corpse and ran away. So did the dead man, who hurriedly abandoned the house wrapped in his shroud, followed by the blackened brother running after him. They bumped into the third brother, who was crawling in a field looking for his hair, previously cut by his wife while he was asleep. The mirth caused in the village by the incident was notorious, and the three sisters collected their prize, obtaining also 20 years free of rent.

This is only one of the 47 stories, perhaps the funniest, that comprises Cuentos populares irlandeses, collected and translated by Spanish writer José Manuel de Prada-Samper. The first thing that must be mentioned is the quality of the edition; the book itself is a lovely object, carefully printed and bound, as is the trade mark of Siruela publications. The present volume complements a collection which already includes popular tales from India, Spain, the Mediterranean and the Gipsy ethnic group. Furthermore, it is a highly commendable collection because the author has not simply put together a number of stories, but has grouped them according to their theme, specifying the source of each of them. As a true researcher should do, the introduction is also very good, tracing the evolution of Irish storytelling, from the Celtic fili and the seanchaí who followed them to the early Romantics who began the task of collecting popular stories.

Finally, the editor has added a bibliographic list on Irish folk tales that is useful for academics. There is also a brief glossary of Irish terms, a typological classification of the stories and an appendix with testimonies from famous folklorists. In short, it is an enjoyable book of traditional tales for a wide audience and it offers an additional element of erudition that makes it attractive for scholars.

The editor is right in stressing the importance of story-telling in Ireland: more than a mere pastime, it was a true form of sharing, an integral part of life in rural communities that became a cultural lifeline during the English colonization. The exclusion of the Irish people from the benefits of formal education allowed for the flourishing of a popular tradition of legends and myths that became a sign of their identity. As de Prada-Samper rightly states, the Irish bard of the aristocratic households found a place in the popular classes. At the beginning of the 19th century scholars began to pay attention to the old tales and to collect them. Thomas Crofton Croker, a contemporary of the Grimm Brothers, was one of the first compilers, later to be followed by Samuel Lover, William Carleton and Patrick Kennedy. The first wave of collectors of folklore partially selected the most picturesque stories, adapting the content to please the readers of their time. The Irish peasantry, most notably, is distorted in these collections, as the idea was to offer a colourful vignette as light entertainment. Lady Jane Francesca Wilde would inaugurate a second wave of folklorists, adding quality to the stories that she took down from villagers and peasants. For the first time popular culture was associated with a powerful nationalist conscience. Lady Wilde provided her stories with her own finish and style, although sometimes she went too far in the embellishment of the narratives she collected.

Jeremiah Curtin was the son of Irish emigrants to America and he is probably the first “scientific” folklorist. He returned to the land of his ancestors to record the testimony of the last survivors of an old tradition and documented all this findings, being strictly faithful to the oral tradition. The Irish Literary Renaissance was probably the golden age of story-collecting, with relevant names in Irish literary history such as Douglas Hyde, Lady Gregory and W. B. Yeats devoted to the preservation of ancient myths. With the birth of the Irish nation, the task of preservation of Irish tales was passed to the hands of the government with the creation, in 1935, of the Irish Folklore Commission. The Department of Irish Folklore of UCD took over the activities of the Commission in 1971.

Among the innumerable sources to select his own stories from, de Prada-Samper has opted for choosing the most representative compilers at the end of the 19th century and the beginning of the 20th. It was certainly a period of splendour, when quality was joined with stylistic vigour. Ancient Legends (1887) by Lady Wilde is his earliest source and Lady Gregory’s Visions and Beliefs in the West of Ireland (1920) the most modern. In between, he collects stories which were in turn re-discovered by Jeremiah Curtin, Douglas Hyde and W.B. Yeats. There are, in fact, three stories in Cuentos populares irlandeses which belong to Yeats’s The Celtic Twilight (1893).

In de Prada-Samper’s collection there are representative tales of all the different trends in the Irish tradition: fairy tales, ghost stories, religious accounts, Fenian legends, magic stories and tales of wit. The historical section is wholly devoted to Finn MacCumhaill, the leader of Fianna. There are not, however, any stories in the present collection from the other ancient Irish epic hero Cuchulainn.

The compiler has translated into a clear standard Spanish the Hiberno-English of the original, avoiding any temptation to embellish the style. Sometimes this produces awkward results, particularly in the prosaic conclusion of many of the stories, but it was probably necessary to maintain the link with the oral tradition they belong to. The bibliography is complete and relevant, if only circumscribed to the English language. Perhaps the pioneering work of Ramón Sainero Leyendas celtas en la literatura irlandesa (Madrid: Akal, 1985) should have been included as a precedent of these kinds of compilations in Spanish.