by Seán Kennedy. This text may be archived and redistributed both in electronic form and in hard copy, provided that the author and journal are properly cited and no fee is charged for access. 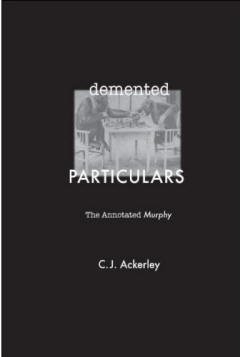 With the publication of his recent Samuel Beckett and Science, C.J. Ackerley has confirmed his status as one of the world’s foremost critics of Beckett’s work. The fruit of long years of painstaking research, Ackerley’s work has begun to synthesise his vast array of knowledge into new and compelling readings of Beckett’s signature works, and the results are exhilarating. His recent essay-length contribution to theBlackwell Companion to Samuel Beckett, on the same subject, was stunning, and reveals a critic working at the height of his powers. Ackerley has fallen into a habit of producing indispensable books, as is the case with his recent Faber Companion to Samuel Beckett, with S. E. Gontarski, and so it is particularly fitting that two earlier works, The Annotated Murphy and The Annotated Watt, should be re-published. This is where it all started, and where scholars got their first real taste of what Ackerley was capable of. When Gontarski suggests, in his new preface to The Annotated Murphy, that this book “will form the starting point of all Murphy and much Beckett scholarship well into the twenty-first century” he is stating what everyone in the field knows all too well. To read either Murphy or Watt now without these companions is almost unthinkable. There is, simply, too much indispensable information here.

Reading early Beckett can be daunting. He was a note-snatcher and a writer of abstruse pastiche, where any given sentence might be lifted from Saint Augustine, Spinoza, a book about Chinese music or a nineteenth-century treatise on masturbation. Beckett’s reading was as wild and wonderful as the prose he produced by way of it, and scholars like John Pilling, who have been painfully editing the archival notebooks in which much of this reading was recorded, have done a major service to Beckett studies in making that reading available to the wider world. In turn, scholars like Ackerley have built on those Herculean labours with Herculean labours of their own. Anyone approaching Murphy, but in particular anyone seeking to write about or teach the book, will want Ackerley’s text beside them. The introduction to the Murphy’s Mind section, to take just one example, provides students with a clear sense of just what is at stake in Beckett’s work: that his obscurity is not gratuitous however it might seem, at times, obnoxious to their somewhat bewildered sensibility. Open The Annotated Murphy at any page and you will learn something, e.g. “Grave’s Disease: exophthalmic goitre, a thyroid disorder occurring mostly in women, and characterized by bulging eyes, fatigue and emotional irritability. It was identified (1843) and named after Dr. Robert Graves, physician to the Meath Hospital in Dublin” (64). And so it goes. 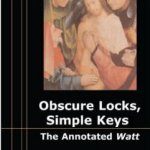 Similarly, the Annotated Watt. Many still persist in designating Watt a mad work, an unhinged offshoot of Beckett’s wartime ennui, but Ackerley’s annotations reveal, time and time again, the philosophical rigour with which Beckett approaches the demented Big House of Mr. Knott and Watt’s travails within it. Ackerley is an expert on the novel, but also the incredible Watt notebooks, housed at the Harry Ransom Center in Austin, Texas, which are as difficult to read as they are to account for. Ackerley excels at both. He frequently expands on details in the novel by way of an account of the contents of the notebooks, much of which were excised in the move towards a final draft. If for example, you are wondering what are the “foods of various kinds” that Knott has in his stew, Ackerley faithfully transcribes a list of ingredients, which includes “1 large tin asparagus soup, * hot; 1 lb. potatoes, boiled, mashed, with skins, hot” and so on. There is, simply, no way to describe in a review of this length quite how much detail, much of it as demented as the novel itself, that Ackerley has been able to command in his collation of sources for Beckett’s most mischievous novel.

One of the most exasperating, and entertaining, aspects of Watt is, of course, the ever-proliferating series of permutations, which exhibit disdain for the reader and invite him or her to quietly get lost. Ackerley refuses to do so, and his annotations offer helpful tabulations of each, so that the reader can begin to get their head around details many find simply overwhelming.  Where “twelve possibilities occurred to Watt,” Ackerley charts and describes them. Indeed, Ackerley frequently corrects or extends Beckett’s calculations, where Beckett’s own fatigue and disgust let him down (108-9). Ackerley is also the best person to go to for an explanation of the notorious “Addenda” to Watt that have exercised scholars since the book first appeared. Moreover, the Addenda to Ackerley’s own book are astonishing, including a list of the major errata across all editions, tabulated and explained, as well as a brief history of the evolution of the book, further explaining the role of the notebooks. This kind of scholarship is exemplary, painstaking and, occasionally, painful to contemplate, and we are eternally in Ackerley’s debt for doing this work, and doing it so well.

In his updated preface to the works, Ackerley acknowledges many of the changes that have been made for this new edition, including the incorporation of recent scholarship and the toning down of a “few overly-enthusiastic comments” (5).  There is an acknowledgement here that Ackerley is, on occasion, prone to certain excesses of style, not all of which work in his favour, but this is a small price to pay for the opportunity to avail of his extraordinary knowledge. A more serious problem, at least for scholars interested in Beckett and Ireland, is the somewhat cavalier manner in which that scholarly work is dismissed in both books. Ackerley felt, in 2004, that “attempts to reclaim Beckett for the Irish, from Harrington to Cronin, have proved unconvincing” (11), and that judgment stands unamended in this second edition. Ackerley’s use of the term ‘reclaim’ frames such work as a wrong-minded expression of some prior claim to Beckett on behalf of such scholars, and this seems, to me, unfair.

Moreover, it is a prejudice that results in oversights in the work itself. To take just one example, from The Annotated Watt, Ackerley provides a long list of works “relevant” to Watt. This includes, to give some sense of the extent of it, works on Beckett and mathematics that appeared in scholarly journals in Argentina, as well as minor articles onMercier and Camier (where Watt appears briefly as a character) which have precious little to say about the book. However, the main works onWatt in the Irish tradition are ignored. Neither John Harrington’s The Irish Beckett nor Ellen Wollf’s (1994) Journal of Beckett Studies article on Watt appear in this list, not to mention other short pieces by Julie Campbell and Julian Moynahan. This might be construed as an incidental omission, were it not for the extraordinary care taken in other aspects of the work. The comment from The Annotated Murphyproves that Ackerley was aware of Harrington’s work, for example, and we can only conclude that, for Ackerley, Irish scholarship is not relevant and does not deserve a hearing. This is a shame, but given that he has characterized work on Beckett and Ireland in his preface to the Faber Companion to Samuel Beckett as a ‘recolonisation’ of one of modernism’s ‘consummate European[s]’ it is, perhaps, not surprising. Inevitably, this leads to blind spots in the annotation process, too, so that Beckett’s use of William Carleton in the notebooks, for example, is not noted here. This means that while scholars of Beckett and philosophy may be more than satisfied with this new edition, scholars interested in Beckett and Ireland will still have to travel to Austin to consult the notebooks themselves. The possibility of a synthesis of both perspectives, which is where we might want to be going, is certainly helped along by these extraordinary books, but the relevance of Ireland will have to be established without Ackerley’s help.