Documentary as Diversion: A Mother Brings Her Son to be Shot (Sinéad O’Shea, 2017)

Documentary as Diversion: A Mother Brings Her Son to be Shot (Sinéad O’Shea, 2017) 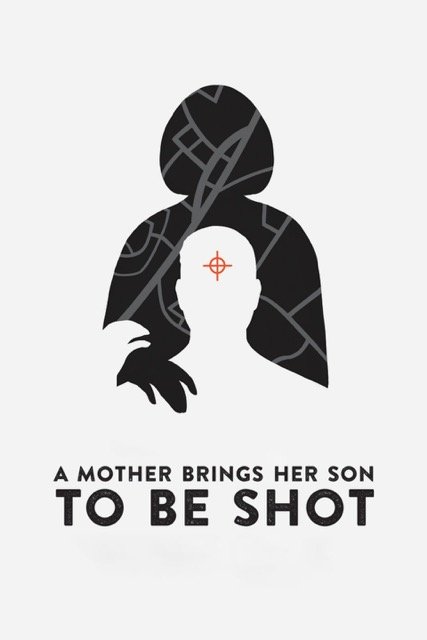 The farcical Brexit negotiations have exposed an ingrained ignorance of Northern Ireland among Britain’s political and media classes. British politicians have repeatedly claimed that concerns about the stability of the 1998 peace agreement are nothing more than a scaremongering tactic by Ireland and the EU. In this context, Sinéad O’Shea’s A Mother Brings Her Son to be Shot is a timely reminder that peace never settled in some of Northern Ireland’s most marginalised communities. In Derry’s Creggan, she finds a world where paramilitaries still enforce their own laws and, amid chronic unemployment and a soaring suicide rate, the youth are nostalgic for a conflict that officially ended before they were born. The documentary offers important insights into these conditions, but it is also guilty of trivialising the legacy of conflict and of engaging in questionable ethical practices.

Filmed over five years, A Mother Brings Her Son to be Shot centres on Majella O’Donnell and her sons Philly and Kevin Barry. The title refers to Majella’s participation in Philly’s “punishment shooting”. Accused of drug dealing, he was shot in both knees by dissident Republicans. We see the O’Donnell family struggle with drug addiction, depression, and the imprisonment of the father. The wider community is represented by two community workers: Darren O’Reilly, an independent councillor, and Hugh Brady, a mediator and former IRA prisoner. While the O’Donnell family are reunited by the end of the film, there is no resolution for the challenges facing the community.

Although trained in film production, O’Shea has primarily worked as a journalist contributing to high-profile outlets including Al Jazeera, The Guardian, and The New York Times. A Mother Brings Her Son to be Shot is her first feature-length documentary. Stylistically, it is reminiscent of Louis Theroux’s work with a combination of observational camerawork, expository intertitles, and a naively reflective voice-over. For Theroux, naivety is a disarming strategy that allows him to quietly interrogate his subject. In contrast, O’Shea uses naivety to structure the narrative. The film begins with her “wondering how this could have happened” and many scenes conclude with her noting that something is “difficult to understand” or “impossible to know”. While the expository elements advance a clear argument about the inadequacy of the peace process, the personal observations lack focus. Despite five years of filming, the documentary never moves beyond a surface understanding of the violence surrounding the O’Donnell family. This lack of depth is possibly a consequence of O’Shea’s sporadic filming schedule and the absence of a secure budget and crew. However, it also stems from a lack of engagement with her subjects; O’Shea remains aloof, wavering between expressions of amusement and bemusement. As Simran Hans (2018) noted in her review for The Guardian, “there’s never the sense that she has a real stake in this community”.

More troublingly, the film’s ethics are frequently dubious; especially the portrayal of Kevin Barry. As a boisterous 11-year old he is eager to perform for the camera, which O’Shea indulges for entertainment value. This is epitomised in an early scene that is a focal point of the film’s publicity materials. Occupying a corner of the small kitchen, Kevin Barry stages a show-of-strength with “weapons” he has assembled from labourers’ tools. He assesses their merits while giving mock demonstrations: the crowbar is useful to “whack or kill someone”; the bolt cutter is a “torture weapon” to take “somebody’s finger off if they annoy you”, and the hatchet, his “favourite”, can be used “to disintegrate the head and split it in half like a melon”.

This is one of many scenes presented as comedy and the audience at the 2018 Dublin International Film Festival (DIFF) laughed throughout. Yet, consider the facts that are subsequently revealed: in a few years, Kevin Barry will display pronounced symptoms of mental illness; his father is in prison for bombing a police station; his older brother is a drug addict and the victim of paramilitary violence; his mother felt compelled to facilitate that violence; and his wider community is engulfed in intimidation, poverty, and suicide. It is cheap and dishonest to present Kevin Barry’s bravado as comedy without probing the social and psychological context of his childhood.

As the documentary continues through the festival circuit towards future distribution deals, the entertainment value of Kevin Barry remains a key selling point. O’Shea (2019) recently tweeted her satisfaction with The Thin Air magazine for recognizing Kevin Barry’s “extraordinary character”. The accompanying screenshot from the magazine reads: “The father is in jail for trying to blow up a police station; the older brother is blasted in the knees by the Ra and turns suicidal. Despite this Kevin Barry, drifting on the dull Creggan estate, misses the drama and the romance of the Troubles”. The glibness of this summary is striking, but it is a more accurate description of the film’s tone than most reviews in more esteemed media outlets. The latter tend to assume there is inherent journalistic merit in the portrayal of a post-conflict community, and consequently, fail to question whether there is any ethical integrity in the endeavour.

Towards the end of the film when Kevin Barry is older, but still a minor, he angrily accuses Republican dissidents of participating in drug dealing. O’Shea could have investigated these claims or introduced them in an indirect way. Instead, she lets a vulnerable teenager make accusations against the violent men who police his community. This is obviously reckless, but it does not seem to trouble O’Shea. When asked at the DIFF if she was concerned about the safety of her subjects, she simply noted that they all gave their consent to be filmed. Consent should not be used a get-out-of-jail card for ethical dilemmas; not least because consent is largely a legal issue. Moreover, the circumstances surrounding consent often favour the filmmaker because “obtaining consent is part and parcel of the general confusion and excitement of the filmmaking process – a process unfamiliar and glamorous for most people” (Winston, qtd. in Maccarone 199).

There is a clear power imbalance between filmmakers and “subjects who are dependent on the filmmaker to have their story told” (Nichols). This imbalance is pronounced in cases involving marginalised or vulnerable subjects. Yet, in the publicity surrounding A Mother Brings Her Son to be Shot, O’Shea has frequently inverted this power imbalance to place herself in the position of weakness. In an interview on RTÉ Radio 1 (2018), she defended her choices by saying, “they rang rings around me and I never really knew what was real and what wasn’t”. It’s worth noting that the final portion of the film presents O’Shea doorstepping the O’Donnells because they no longer want to be interviewed.

The issue of ethical responsibility has generated much debate in documentary studies where it has traditionally been understood as a fundamental tension between the rights of documentary subjects (rights to safety, dignity, and privacy) and the wider needs of the public to be informed (Pryluck). A fundamental assumption underpinning this long-running debate is that documentary is a practice aimed at advancing the public good through new knowledge and understanding.

A Mother Brings Her Son to be Shot is only partially a documentary that seeks to advance understanding. It is better characterised in terms of the “documentary as diversion” logic defined by John Corner (2002) whereby the “documentary format is entirely designed in relation to its capacity to deliver entertainment”. Corner was writing about Big Brother and the co-option of cinéma vérité techniques by reality television. More recently, the boom in video-on-demand services has expanded the market for documentary diversions. These diversion documentaries are designed to shock and mock: unsuspecting subjects make shocking revelations about their personal lives and audiences mock them with a barrage of “what the fuck” reactions on social media. Netflix’s Fyre: The Greatest Party That Never Happened (Smith 2019) and Abducted in Plain Sight (Borgman 2017) encapsulate this genre. With its attention-grabbing title and highly quotable scenes from Kevin Barry, A Mother Brings Her Son to be Shot is an ideal diversion for the Netflix cannon.

Academic concerns about the ethics of documentary filmmaking are not new, but they have largely failed to penetrate documentary practice and reception. The academic consensus is relatively straightforward: filmmakers have a basic duty to minimise any physical, mental, or social harm to their subjects; especially when those subjects are marginalised individuals or are incapable of assessing the consequences of participation. This basic ethical principle is not controversial, but it is difficult, if not impossible, to impose on filmmakers. An important starting point might be getting funders, reviewers, and viewers to treat ethics as a fundamental consideration of a documentary’s value.

Hans, S. “A Mother Brings Her Son to Be Shot review – Corruption and Violence in Free Derry”. The Guardian. 17 March 2018. https://www.theguardian.com/film/2018/mar/17/a-mother-brings-her-son-to-be-shot-review-corruption-and-violence-in-free-derry

Nichols, B. “What to Do About Documentary Distortion? Toward a Code of Ethics”. International Documentary Association Magazine. (March/April 2006). http://www.documentary.org/content/what-do-about-documentary-distortion-toward-code-ethics-0

Winston, B. Claiming the Real: The Documentary Film Revisited, the Griersonian Documentary and its Legitimations. London: British Film Institute Publishing, 1995.