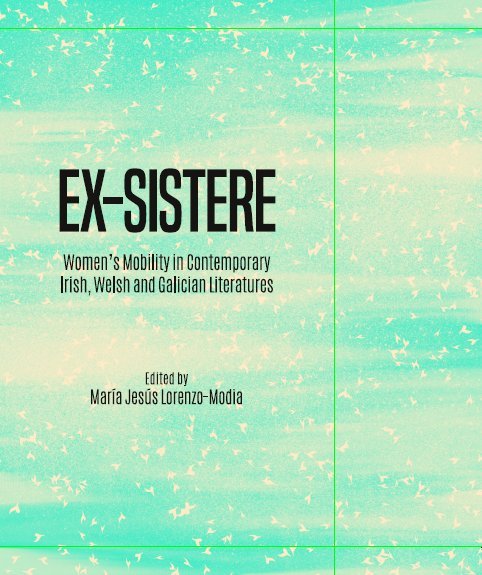 The relationship between gender and movement has always been an intriguing one. The classical trope of the voyage – epitomised by Homer’s Odyssey – has been countlessly re-enacted in world literatures of all times, as well as in endless examples taken from contemporary popular culture. The man that embarks on an adventure towards faraway lands – this being a metaphor for self-discovery or the realisation of his desire to expand his mind with new languages and cultures – is often accompanied by the image of the woman who waits and waits and waits for him like a dutiful Penelope. This well-established plotline is inevitably linked to the traditional association of women with the domestic sphere, and men with the public, and very active, realm of the outside world. However, contemporary writing and historiography are clearing a space for the inscription and/or recovery of the active role women have played in different patterns of mobility all over the world. Ex-sistere: Women’s Mobility in Contemporary Irish, Welsh and Galician Literatures is part of that collective “journey” to put women’s names – real and imaginary – on the map of mobility, adventure, artistic exile and/or forced emigration, with a strong presence of the literary representations of female mobility (in poetry, narrative and drama) but also including interesting essays that fuse the (auto)biographical, the creative and the scholarly. The volume focuses on authors writing about or coming from three different geographical areas – Ireland (both the Republic and Northern Ireland), Wales and Galicia – that share quite a lot of common ground in their historical frameworks: economic depressions, rural environments, marginal positions with regards to a supposedly superior centre, migration as a familiar social pattern, bilingual scenarios, Atlantic identities, the proximity of water, similar weather.

The book opens with María López Sández’s essay, which offers an informative overview of migration in Galician literature and the role women played in it (providing the necessary historical background to help us contextualise the artistic output). The second part of this chapter focuses on women’s contribution to that theme, with emphasis on the important presence of the myth of Penelope in Galician poetry written by women. Xohana Torres’ famous line “Eu tamén navegar” [I too wish to navigate], uttered by a Penelope that desires to participate in what had traditionally been a male domain, perfectly summarises the historical and artistic reasons for the continuing employment of this classical myth in Galicia.

María Xesús Nogueira Pereira introduces us into the almost generalised use of foreign toponymy in the work of recent Galician women poets. Apart from offering a very exhaustive and helpful list of works and poets, Nogueira’s essay effectively reflects on the connection between the poets’ biographies and the incorporation of foreign place names to their work. Poetry has tended to be read autobiographically, which has often triggered misleading and also limited interpretations of the texts. However, in this case, knowing what the existential experience of travel (often connected with artistic realisation and professional aspirations) has been for the poets in question does add a necessary layer of information in our way towards interpretation.

The last two essays in the Galician section cross boundaries in very suggestive ways. Olivia Rodríguez-González’s piece analyses the narrative of Eva Moreda and locates it in the tradition of novels about emigration in the Galician context, whereas Xesús Fraga offers us an (auto)biographical text about two women emigrants from his own family. Both essays link Galicia and London in what becomes an interesting by-passing of the dominant peninsular identity (and language) to connect instead with a European geography and with the English language. The latter essay is particularly interesting in its autobiographical and creative components, as it illustrates how much information about the collective memory/history of a community can be extracted from the individual stories of a single family.

The Irish section opens with an essay by José Francisco Fernández on the presence of Spain, Galicia and Ireland in the work of English novelist and travel writer Honor Tracy, a “minor literary figure”, in Fernández’s words, who would remain unknown to most of us were not for essays such as this. Fernández’s work introduces Tracy’s biographical information before summarising all the prejudices and colonial mentality that seem to be hidden behind her perceptions of the three geographical areas she visits. The writer’s constant use of stereotypes and the feeling of superiority in her approach to Spain and Ireland necessarily position her as the kind of narrow-minded and prejudiced traveller who is the victim of her particular historical context and social class, all of which offers an interesting contrast with the emigrant writing analysed in the rest of the essays of this edited collection.

Two are the essays that deal with mobility in a Northern Irish context. Gómez Penas and Fraga Fuentes focus on identity in Christina Reid’s play Tea in a China Cup. Although the essay deals with emigration only partially, it does touch upon the specificities of Northern Irish women’s trials and tribulations given the sectarian society they are brought up in and how this impinges on their experiences of going into exile. María Jesús Lorenzo-Modia’s piece deals with one of Northern Ireland’s most reputed poets, Medbh McGuckian, and her resistance to the common pattern of leaving Belfast behind during The Troubles. Lorenzo-Modia close-reads some of McGuckian’s poems to conclude that the so-called “obscurity” in her work is one of the consequences of her no-migration, i.e., a way of writing poetry that facilitates the necessary distance from where to deal with the political conflict going on at home.

Manuela Palacios González’s contribution gathers texts by contemporary Irish women poets and novelists who write about the experiences of migrant women from their own families. The reflections are triggered in all cases by photographic records. The writers’ texts fuse the biographical and the historical with personal interpretation. The final part of the piece is Palacios González’s reading of the texts in light of literary criticism on mobility. At a time when migration is relevant in Ireland again due to the death of the Celtic Tiger phenomenon, and when discourses on political refugees and economic migrants mix with the narrative of professional mobility of younger generations of Europeans, Palacios González goes back to the private – and often lonely – experience of migrating to the US and England in the first half of the 20th century, adding the gender perspective. The effect of this on the reader is, inevitably, to create empathic links between the ordeals of present-day migrants and those endured by the women of Ireland in the not-so-distant past.

The final part of the edited collection is devoted to Welsh literature. This is the shortest section, with only two essays in it. Hybridity and generational gaps are tackled in Kevin Mills’ essay on Nikita Lalwani’s novel Gifted. Indian identities and Welsh realities are juxtaposed in the novel and Mills’ assessment touches upon the differences between first and second generation migrants in their approach to landscape, language and social codes. This essay is particularly interesting in its representation of diasporic characters that come from outside Europe (India in this case) and hence problematise white European identity in various ways. The volume ends with a beautiful and lyric piece by poet Chris Kinsey, where, once more, the boundaries between the analytical, the poetic and the autobiographical are crossed. The essay associates mobility and exploration with the connection between the poet and the natural environment that surrounds her. Exploring is equivalent to becoming familiar with the flora and the fauna of her area and with a constant desire to be in the proximity of water. The essay can be framed within the eco-critical turn but it is, most of all, a reflection on how the poetic imagination of a child can be fostered by the everyday and small mobilities that connect us to the natural world.

For many of the contributors this volume is one of the results of their (very productive) ongoing research in the comparative analysis of contemporary Irish and Galician women’s literature. For this occasion, the scope of the study includes Wales as well, and one would hope that in the future it might also be expanded to Scotland in order to account for the points of similarity and divergence in the literary representations of all the Atlantic communities of Europe. All in all, Ex-sistere is a thought-provoking volume and, given the heterogeneous and inexhaustible nature of the experience of mobility, one would hope that this research team would continue working on this fertile area.