by Anthony P. McIntyre. This text may be archived and redistributed both in electronic form and in hard copy, provided that the author and journal are properly cited and no fee is charged for access. 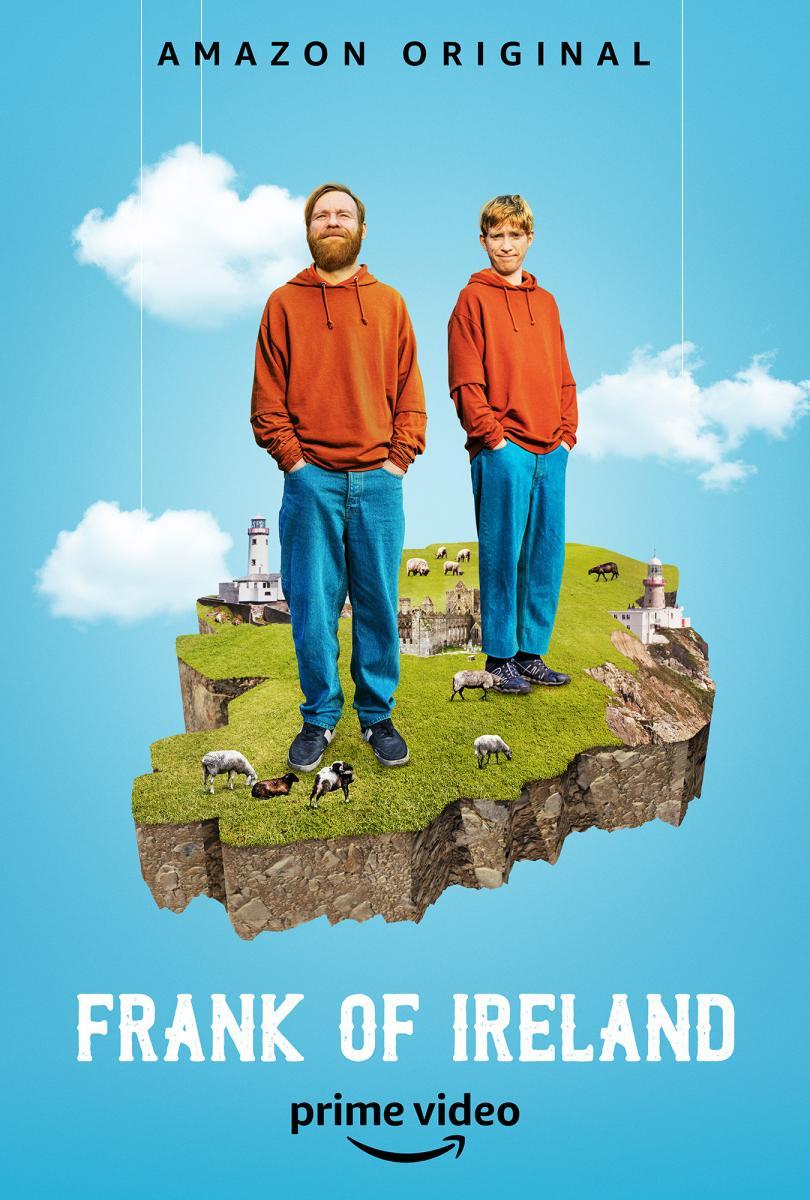 The late 2010s/early 2020s have brought a reinvigoration of Irish television comedy. The critical and commercial success of programmes such as Derry Girls (2018-) and The Young Offenders (2018-), as well as the celebrated Irish-in-Britain narratives of Catastrophe (2015-2019) and This Way Up (2020-) means that the persistent backward glance to Father Ted (1995-1998) as the prime example of acclaimed Irish comedy is abating somewhat. In part, the renewed vigour of the Irish sitcom came from the excavation of fresh narrative ground. A focus on underrepresented urban and rural regions, and a foregrounding of youthful protagonists (Derry Girls; The Young Offenders; Moone Boy (2012-2015)); and on female-centred narratives examining diasporic subjects (Catastrophe and This Way Up, building on from the influential BBC3 sitcom Pulling (2006-2009)) were two approaches that helped drive this shift. That is not to say these years only brought success and fresh approaches. Lisa McGee’s Derry Girls predecessor London Irish (2013), while complying with one of the above approaches, underperformed for Channel 4, for instance, and the cultural juggernaut of Mrs Browns Boys (2011-) though drawing record viewing numbers, was a divisive hit, partly due to what many perceived as a regressive format more at home in the 1970s and 1980s. Additionally, the increased prominence of streaming platforms such as Netflix, Amazon Prime and Hulu has seen Irish comedy in these years reach audiences beyond the UK and Ireland, a somewhat paradoxical phenomenon given the highly regionalised nature of many of these comedic successes (McIntyre 2022: 67-9).

This is the broadcasting context in which Frank of Ireland emerged. Like Catastrophe before it, the series is a co-production between Channel 4 and Amazon studios, and was produced by Merman, the company the influential Irish comedy producer, actress and writer Sharon Horgan co-founded. Indeed, Horgan was central to US marketing of the series, doing an interview with The Wall Street Journal to promote the sitcom’s north American release on Amazon (Grey 2021; McIntyre 2022: 165). The feature stressed Horgan’s entrepreneurialism and Irishness, in a manner presumably intended to resonate with a business-savvy US readership for whom Irish cultural texts continue to have an outsized impact given Ireland’s modest size. Key also to the sitcom’s marketing has been the attached stardom of Brian and Domhnall Gleeson, as the two main characters Frank and Doofus (the siblings are also co-writers along with Michael Moloney). The promotional image for Amazon features the two in matching outfits standing atop a diminutive Ireland sparsely populated by lighthouses, a church, and livestock (fig. 1). The image no doubt is intended to act as counterpoint, the bucolic island imagery with its Quiet Man-esque associations, undercut by the sweary and acerbic content of the sitcom. Having the internationally recognised actors (with Domhnall having the higher profile of the two) attached to the project will presumably have helped in the process of commissioning. The sitcom’s development would also have been aided by the proven success of a predecessor such as Chris O’Dowd’s Moone Boy, a Sky UK production that was marketed as a “Hulu Original” on the US streaming service, and which drew upon the Irish actor’s post-Bridesmaids (2011) stardom to gain traction. In short, in drawing upon celebrity association, successful forebears in Irish screen culture, and a pre-established traditional broadcast/streaming distribution pathway, Frank of Ireland highlights transnational features of commissioning and distribution that increasingly shape the 21st century Irish sitcom. 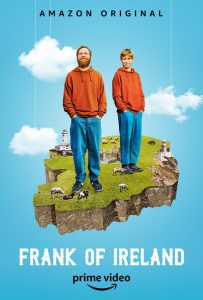 Fig.1. A marketing image for Frank of Ireland emphasizes a bucolic Irishness that is undercut by the sitcom’s content.

Frank of Ireland is a something of an anomaly on the Merman roster, though, given the production company’s investment in female-authored narratives. Merman, for instance, has produced female-centred comedies such as This Way Up, Catastrophe, Motherland (2016-), and has also co-produced the Irish housing crisis feature Herself (2020), a drama that charts a woman leaving an abusive relationship and building a home for herself and her children. Frank of Ireland, by contrast, is avowedly male-centric, sharing a genealogy with what Debbie Ging (2013: 179) has termed “new lad” texts, such as Castletown-set Hardy Bucks (2010-2018). Such new lad narratives often feature the withdrawal of such males from workplaces increasingly perceived as “feminised” and which feature the cultural type of the “slacker” who, as Suzanne Leonard has noted, “frequently act[s] out the desire to escape from domestic imperatives” (2014: 43). Such is the main narrative impetus of Frank of Ireland. Frank, aided by long-suffering friend and subservient sidekick Doofus, is a slacker musician who lives at home with his mother, Mary (Pom Boyd). Frank’s music career has stalled, with a purported concept album, with songs based on each of the 32 counties of Ireland both a source of creative impasse and a source of some funny recurrent gags in the series.

The humour of such slacker/new lad narratives is often reductively misogynistic. In the opening episode, we learn that Frank broke up with his girlfriend because she “wouldn’t do anal”, a joke that sets a low bar for the gags to follow, and which the series revisits on several occasions. The cultural appetite for such celebrations of puerile masculinity has arguably waned, along with the trend for the man-child narratives and bromances that crested during the post-2008 recession. Indeed, the workshy man-child who can’t leave the family home due to laziness seems something of a redundant cultural type, particularly in the contemporary Irish context of a housing crisis that has seen adult children (and in many cases their own offspring) co-habiting with parents increasingly an unavoidable privation, rather than a life-choice. Frank of Ireland in some ways posits a tentative disapproval of the slacker figure. This is most vividly presented in the final episode of the series when one of Pam’s lovers, Liam, strongly suggested to be Frank’s father (and played by Brendan Gleeson to underline the point), although initially seen as an admirably rebellious figure, is ultimately presented as pathetic and stuck due to his inability to abide normative commitments. Though this is a standard message of slacker narratives, the centrality of Frank in the series at the same time constitutes a celebration of such wilfully unfettered masculinity.

While Frank of Ireland may seem somewhat anachronistic in terms of comedic and indeed wider social trends, what the series does have in its favour is star wattage. The Gleeson siblings (and as mentioned, their father in one episode) fully commit to their roles. Frank is played as suitably egotistical and deluded, with just enough light and shade to establish audience empathy, while Domhnall has fun with the sheer idiocy and vulnerability of Doofus. If anything, Brendan Gleeson’s ageing rebel Liam is one of the clunkier characterisations in the series. Alongside this prominent acting family, celebrated talent such as Sarah Greene (as Frank’s ex-girlfriend, Áine), Tom Vaughan-Lawlor, and Pat Shortt (as Áine’s new love interest, and father respectively) fill out the cast. A running joke that Áine is incredibly boring is doubly hamstrung by the same premise being utilised to greater comedic effect in Arrested Development (2003-2019), and the fact that in Greene, Áine is played by one of the most talented and watchable Irish actresses to emerge in recent years.

One means by which Frank of Ireland taps into previous currents in Irish screen culture is through continued reference to American popular cultural texts, specifically film. The opening episode has multiple references to Taxi Driver, and later episodes reference Home Alone, 12 Angry Men and the screen oeuvre of Kevin Costner, all a means of presenting a longing to be elsewhere, while at the same time the central character is afraid to make the leap beyond the sureties of home. Such allusions lead to some of the funnier moments in the sitcom. Frank’s confusion of 12 Angry Men and A Few Good Men when adapting the former for a local amateur production (“12 Angry Women”) is one highlight. Many Irish films have drawn upon similar cultural longings as a way of expressing dissatisfaction with the humdrum of Irish life, with the US presented as a utopian getaway, such as I Went Down (1997) featuring Gleeson snr., or Thaddeus O’Sullivan’s The Woman who Married Clark Gable (1985), or even Hardy Bucks. Whether the fractious present-day US exerts the same appeal is debatable, and Frank of Ireland’s overt homage may just be another case of the series missing its cultural beats.

Frank of Ireland ultimately constitutes a missed opportunity. While the Dumb and Dumber central pairing and absurdist humour of the series generate a few genuinely funny moments, and the excellent cast certainly draw out the best in the material, the writing fails to bring a fresh enough take on some well-trodden comedic tropes. The series looks wonderful, making great usage of scenic locations and subtly visualising the allusions to the Hollywood films that shape the worldview of its central characters. However, given the sheer amount of series currently emerging on broadcast and streaming platforms, Frank of Ireland fails to stake its claim as a must-watch sitcom.

Leonard, Suzanne (2014). “Escaping the Recession? The New Vitality of the Female Worker.” Gendering the Recession: Media and Culture in an Age of Austerity, edited by. Diane Negra and Yvonne Tasker. Durham: Duke University Press. 31-58.