by Marisol Morales-Ladrón. This text may be archived and redistributed both in electronic form and in hard copy, provided that the author and journal are properly cited and no fee is charged for access. 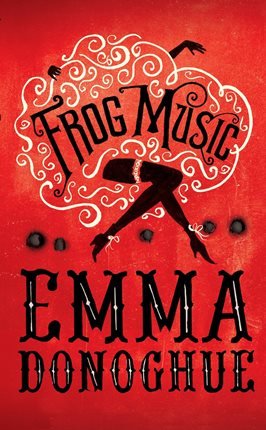 Throughout her prolific and multifaceted career as a writer that has traversed literary genres and nationhoods, Irish-Canadian Emma Donoghue has kept re-inventing herself. The exploration of an array of discourses, both fictional and factual, which mainly gravitate around dislocation and displacement, informs many of her plots. From her lesbian romances Stir-Fry (1994) or Hood (1995), and her often provocative and subversive short story collections, to her academic and literary history books, Donoghue has developed an appeal for characters that stand outside the margins of society. Troublemakers and misfits, on one side, or sophisticated eccentrics, on the other, informed the worlds of her historical trilogy composed of Slammerkin (2000), Life Masks (2004) and The Sealed Letter (2008). More recent publications widened the author’s interests to include emigration, as it initially emerged in Landing (2007), the revision of the motherhood theme under appalling circumstances, which gave form to her literary hit Room (2010), and transnationalism, an issue that conferred cohesion to her collections of short stories, Touchy Subjects (2006) and Astray (2012). Following on that, Donoghue’s latest whodunnit novel, Frog Music (2014), inspired by historical events, encapsulates most of her literary concerns. While the narrative delves into the resolution of a crime that had remained unsolved for over a century, the so-called “San Miguel mystery”, it further engages in matters of crosscultural connections, motherhood, emigration, gender subversion, identity and race.

With a talent for telling and re-telling, dressing and re-dressing, in Frog Music Donoghue works around characters that come from the few actual records that were rescued from the big San Francisco earthquake and fires of the early 20th century, as well as from court documents and newspaper accounts. Set in California in the year 1867, at a time when an epidemic of smallpox and a stifling heat wave took many lives away, the novel revolves around French-origin protagonists and multicultural characters, who live in “the foreignest city in America” (Donoghue 2014: 162). The novel opens on September 14th, in The Eight Mile House, placed at San Miguel Station, the setting of the crime. However, without transition, the account shifts back to the moment a French woman educated in America, Jenny Bonnet, violently runs into Blanche Beunon, another French émigré, with her high-wheeler (cycle). Interestingly, this scene bears echoes of Donoghue’s previous historical novel, The Sealed Letter, not only in the reworking of the sudden encounter of consequential repercussions, but mainly in how the plot is built around an emerging friendship, which will shatter the pillars that sustained Blanche’s life as a glamorous burlesque dancer and entertainer for men in the downtrodden area of Chinatown. Coincidentally, the level of intimacy between the two women, revealed only at the very end, will also be the source of much distress as regards the resolution of the crime.

Spanning one month, between the sudden encounter and the murder, and trial of Jenny, the narrative fragments into scenes that invariably move backward and forward in time, only connected through the brief reference to the date introduced by the narrator, in an attempt to avoid confusion. Interspersed in the account, phrases in italics that represent the protagonist’s unvoiced thoughts, lyrics from songs, words in French and other metatextual resources abound, building a fabric of patched discourses that the reader needs to disentangle in order to make full sense of a story told in a clear filmic style. Also, as Donoghue had done in her previous historical novels, there is an Afterword where she details the sources of, and difficulties with, her research, song notes and a glossary of French words.

Relying once again on liminal characters that transgress social and gender expectations, Donoghue places Jenny Bonnet at the centre of her story. Fond of cross-dressing, she is first introduced as: “Not a man’s, Blanche realizes. Not a boy’s, even. This is a girl, for all the gray jacket, vest, pants, the jet hair hacked above the sunburned jawline. One of these eccentrics, on whom the City prides itself” (13). At twentyseven, Jenny, the “he-she-whatever” (14), prides herself on wearing trousers – at a time when such behaviour was persecuted –, carrying a revolver and earning her living as a frog-catcher. In fact, always ready to get into trouble, she has just been released from jail due to her offensive appearance. As a truly feminist character well ahead of her time, she wisely argues that carrying a gun gives her the power that can make up for the presumed weakness of her sex: “Why should your lot have all the fire-power? As they say, God made men and women, but Sam Colt made them equal” (48). In a seeming contrast, Blanche works as a well-regarded prostitute and dancer, lives with Arthur Deneve, her mac,1 and both make a ménage-à-trois with their old friend Ernest Girard. Many years have passed since the three of them were employed at the Cirque d’Hiver in Paris and Arthur had adopted Ernest almost as a brother. Leading a classy bohemian life, much above their means, defending free love, drinking and spending the money Blanche earns, the two men find themselves trying to come to terms with the unexpected changes brought about by Jenny’s hasty appearance, whose inquisitive questions will trigger Blanche’s wish to recover her neglected son. Consequently, the resolution of the murder of an outlaw woman, Jenny Bonnet, is the spark that ignites the story, while the narrative travels worlds beyond such enigmas to explore the more intertwined issues of friendship, abject motherhood and female desire.

In fact, the complication of the plot is initiated by Jenny’s discovery that Blanche gave birth to a baby the year before and that he is being nursed out in a so-called “farm house”; in truth, an orphanage for abandoned children. Although Blanche defends herself by arguing that it was the way she had been brought up, separated from her parents for several years, the awakening of a maternal instinct previously unknown to her will prompt a ceaseless search for her son P’tit, and a journey into motherhood. Blanche admits that she knows nothing about children and that she even finds it difficult to relate to her own. Yet, his apparently misshapen body and his inability to express emotions make her wonder whether “he may have been born a little lacking. That perhaps all those things she did with all those michetons while she was carrying P’tit inside her did some obscure damage” (82). The parallelisms between P’tit’s underdeveloped body and Jack’s, the narrator-protagonist of Room, who looked extremely weak and undersized, cannot pass unnoticed for an attentive reader of Donoghue’s novels. If in the latter, the author explored the strong mother-child bond established under damaging circumstances, in Frog Music Donoghue presents the opposite, abjection, which is finally and ironically overcome throughout the actual experience of mothering itself.

Much in tone with Donoghue’s previous concerns about unsentimental motherhood, humorous passages balance out Blanche’s apparent selfishness and unmotherly feelings. When she discovers the inhospitable and shabby place where her son is kept, in which babies share cribs in twos and threes, sleep in their own dirt and nobody picks them up or cares about their needs, she is utterly shocked. However, when she holds him up, the narrator resorts to a parodic subversion of received interpretations of the mother-child bond: “[Blanche] Registers a surge of warmth against her bodice. Love, she thinks in shock, love flaring up between herself and this sobbing baby, love so hot she can feel it on her skin. Then the heat dies away and she realizes what it is: he’s pissed on her” (96). Under this light, Frog Music could be said to be as much about the process of mothering as Room, even though the portrayal of a detached, unconventional mother enables the author to challenge the maternal instinct as a valid definition with which to encompass the much more contradictory and complex experience of mothering. Soon after Blanche recovers her son, her commitment to such a “wretched, ugly, beloved baby” (286) will be absolute. In fact, she leaves her job at the House of Mirrors in spite of the good money she made there, minds him full time and prioritizes his needs over Arthur’s, who is on the verge of dying from smallpox.

Simultaneous to the motherhood plot, a parallel action focuses on Blanche’s murder accusations against Arthur and Ernest, as she believes herself to be the real target and Jenny’s death the result of an unfortunate mistake. Since Arthur has run away with her money, has sold her property and has taken her son away from her, she trusts the journalist of the Chronicle with part of the story, while she hides information from the officials, who do not seem to been interested in a petty crime that involved the murder of a downcast. Blackmailed by Ernest to whitewash Arthur’s name, whom she has defamed in print, she is threatened with not seeing her son again. Her final quest tracking him around town will turn into a journey towards the discovery not only of Jenny’s murderer but also of Jenny’s true self and concealed past. Jenny’s traumatic childhood, neglected by a drunken mother and sent to an industrial school where she was bullied by troublemakers and whipped by teachers, had placed her in the hands of an abusive mac and had eventually led her to try to commit suicide. As Blanche disappointedly comes to realize, everything she’d done, Jenny had done before, even though she had pretended to be genuine, “a dazzling original, the exception to all the rules of womanhood?” (249).

The fact that Jenny will always remain a mystery to Blanche is further emphasized in the unexpected resolution of the murder offered in the novel, to fill in the gaps left by such an unsolved and long-forgotten crime. Considering that the eventual outcome involves a twelve-year-old, who had made his own judgments upon the relationship between Blanche and Jenny, the novel finally comes to suggest that what killed Jenny was jealousy, homophobia and prejudice. Such a closure also clashes with the bafflingly happy reunion between Blanche and her son, and her move to Sacramento where she intends to start a new life setting up a dancing academy. Moreover, in an uplifting tone, the last paragraphs of the novel introduce a refreshing rain that will symbolically clean up the suffocating atmosphere and that will convey the much desired change: “Rain’s whipping down hard now, hard enough to cut the autumn’s long fever and wash this foul old world clean” (372). One could end up by stating that with Frog Music Emma Donoghue has come full circle in her amalgamation of themes and concerns that have indelibly left an imprint on her faithful readers.