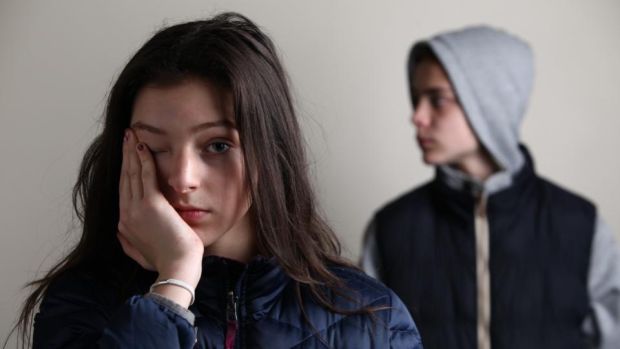 Frank Berry is an emerging Irish-film maker who received widespread praise for his preceding, debut film, the feature-length documentary Ballymun Lullaby (2011) (reviewed in Estudios Irlandeses 7).1 Building on several years of community film-making experience, that film followed a local community music project commissioned to mark the regeneration of Ireland’s least loved social experiment: the Ballymun tower blocks scheme. The film’s formal conventionality (primarily a series of interviews interspersed with footage of rehearsals) belied the energy of its message of hope and renewal, incarnated by dynamic music teacher Ron Cooney, who inspires his young singers to rise above the everyday circumstances of their lives through song. Berry’s film did a major service in overhauling Ballymun’s persistent on-screen depiction as a social failure evident in films such as Pigs (1984), Into the West (1992) and Adam and Paul (2004). Its infectious energy and life-affirming portrait of community stirred audiences who had never heard of the deprived neighborhood as well as those whose minds were long made-up. After a limited cinema release in Ireland (an achievement in itself for a ‘no-budget’ documentary feature), it won the Directors Finders Series 2011 (a joint initiative between Screen Directors Guild of Ireland and Directors Guild of America) and represented Ireland as the closing film of the “European Film Weeks 2011” in Helsinki, Finland.

The success of Lullaby afforded Berry the opportunity to embark on a long-held ambition to direct a fiction feature film. I Used to Live Here is the result and it marks an assured debut that builds on the writer/director/producer’s commitment to give expression to contemporary Dublin working-class youth while exhibiting a distinctive cinematic voice. The starting point of the film for Berry was a number of Irish Times articles dealing with young suicides by psychologist Dr. Tony Bates, an authority on depression and Director of Headstrong –  The National Centre for Youth Mental Health.2 After exploring his proposal to develop a feature film on the subject with Bates, Frank Berry visited the suburb of Killinarden, Tallaght, first as an observer of Headstrong workshops, then as facilitator. Arising from these sessions a number of story elements emerged which Berry then honed into an 80 minute script which is performed by a cast of local, non-professional actors.

The film centres on Amy Keane (Jordanne Jones), a 13-year-old trying to cope with the death of her mother, and the events in her life over the course of an eventful and emotionally demanding week. In an early scene she meets an acquaintance –  Joe – in the supermarket during which she awkwardly sympathizes with him on the death of his brother. How the brother died is not made clear and the paradoxical status of suicide within sections of Irish society – simultaneously taboo and rampant –  is made clear the following day when she discovers that Joe has also died. As she and her peers walk past the spot where the boy jumped to his death the camera cuts to their writing “R.I.P Joe” in and around the scene in marker; crude but touching gestures of condolence and memorial. We do not witness the funeral and while this absence jars somewhat from a narrative standpoint (there are several similar ellipses in the film), it powerfully evokes both the silence around this social epidemic as well as the loss of Catholicism as a structuring system of meaning in Irish society, an absence in the film that extends to other institutions such as education, law and social services. While there are memorable – through fleeting –  glimpses of community (particularly an old friend of Amy’s mother who offers to do her nails) the overall picture that emerges is one of isolation. While the setting is familiar from the stories and films of Roddy Doyle, an altogether bleaker picture of working-class suburbia emerges here with youths hanging around with little to motivate or engage them and vulnerable to the pressure of others or, more just as often, themselves.

While a difficult topic, the film is carried by Jordanne Jones’ compelling presence and performance as Amy which modulates a wide emotional range from vulnerable child to stroppy youth and mature young woman; her calm exterior masking a turbulent inner life. While coming to terms with her mother’s death, Amy is also coping with her emerging sexuality and, accordingly, an uncertain and shifting dynamic with her father Raymond (James Kelly) to whom she is alternately a daughter and adult partner. To further complicate matters, Raymond –  a man caught between decency and desperation –  is going through his own crisis as former girlfriend Dina (Alicja Ayres) returns and asks for a paternity test relating to her infant son. With little alternative, he allows Dina and the baby to move into his family home “for a few days” provoking frustration, sarcasm and anger in his emotionally vulnerable teenage daughter. Beyond her home Amy isn’t doing much better in terms of emotional stability. Her closet friend Dylan (Dafhyd Flynn) is an introverted boy who’s being hounded by local drug dealing bullies. His reticence drives her towards a budding romance with another teen which begins promisingly but quickly turns to disappointment and humiliation.

The world which Amy and Dylan inhabit is thus one where self-confidence and personal dignity is under constant threat and where suicide is a known, if taboo, mechanism of ‘escape’. Beyond breaking that silence, the film’s message – if it can be said to have one – is that while emotional confusion and pain is a common, even defining experience of young people’s lives, suicide does not remove that pain, but extends it to the loved ones and wider community left behind. Thus, one of the film’s most touching moments is when Raymond realizes that his daughter is in danger and rushes to comfort her. This moment of awareness, in which the father reclaims his role, has the potential to save both of them. Others, through lack of vigilance or inarticulacy, may not be so fortunate.

I Used to Live Here ennobles its often grim settings and themes through naturalistic performances of integrity and a simple but credible screenplay grounded in experience. In both style and content it eschews the Anglo-American ambitions of much contemporary Irish cinema (although it should be remarked that its world is less bleak than another contemporary family drama Glassland, also reviewed in this issue) and while it clearly differs in ambitions and production values, it deserves to be as included with films such as Brooklyn and Room (each of which, notably, also foreground female protagonists) in celebrations of the vibrancy of indigenous film production. Shot on a low-fi digital format that reinforces a sense of social marginality, the film’s minimalist style, cinematography and concern for young and vulnerable characters connects it to the cinema of Robert Bresson and the Dardenne brothers, even if it eschews the transcendent themes often present in those film-makers’ work. Frank Berry has also cited the influence of the Romanian New Wave –which is evident in the film’s muted color palate and dour realism –  but this is a film underscored by hope, more committed to the redemption of the individual than social determinism. A key stylistic element in this regard is Daragh O’Toole’s brilliant score which creates a spare but evocative sonic evocation of the film’s psychological themes3 In this delicately poised emphasis on hope, I Used to Live Here is more Christian than Socialist in impulse; closer to Bazin than Eisenstein or what might be termed post-Thatcher British realism. Amy is deeply vulnerable but never entirely lost and Jordanne Jones’ subtle performance is a significant contribution to the canon of Irish cinema both on its own terms and also in relation to representations of class and gender.