I wanna destroy the passer by: Nihilism, Narcissism and Authority in Love/Hate Series Four

I wanna destroy the passer by: Nihilism, Narcissism and Authority in Love/Hate Series Four

by Angela Nagle. This text may be archived and redistributed both in electronic form and in hard copy, provided that the author and journal are properly cited and no fee is charged for access. 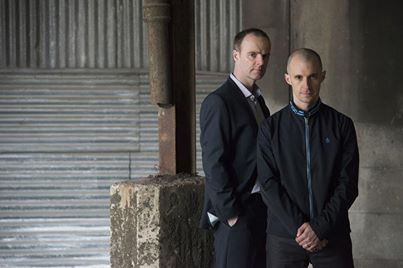 The opening scene depicts a teenage boy, who will spend most of the series trying to kill gang leader, Nidge, showing his friends his gun. He points the gun at another boy and orders his friend to film it on his phone. Instead of shooting the boy, he guns down a passing cat. The scene then cuts to Nidge, who we have watched throughout the arc of the previous three series develop from a sycophantic, ambitious underling to a cold-hearted amoral gang leader, now watching porn in the dark, in which a woman is submissive and her mouth is gagged.

The tone of the show is darker than ever. The most likable and moral character in the drama, Darren, has been killed as revenge for a killing he carried out to save Nidge. In the first episode of this series, Nidge drives to Darren’s grave. His emotions are opaque. Although it is not clear if he feels remorse or sadness, he is clearly haunted by Darren’s death. The only remaining moral character is Tommy but he has been beaten so brutally by Nidge in the previous series that he suffered brain damage. Told by Nidge that a group of Nigerian immigrants are responsible for the attack, the confused and damaged Tommy continues to work for Nidge. But Tommy has also been left distant and passive by the brain damage and when we first see him, his wife is watching over him as he sleeps and she wipes some blood from his ear.

One of the show’s virtues is its tight and tense plotting. The fourth series sees the police, hitherto represented as shambolic, corrupt and ineffective, start to close in on the drug gang, creating an imminent sense that Nidge’s past behaviour will eventually catch up with him. The police investigation is now led by a strong and driven character and there is dissent within the ranks of the gang as Fran’s ambition grows. The song ‘Turn, Turn, Turn’ by the Byrds plays over images of the police and the gang’s activities, with the words ‘A time to be born, a time to die/A time to plant, a time to reap/A time to kill, a time to heal/A time to laugh, a time to weep’.

Tommy’s wife Siobhan seems to have intuited what really happened to Tommy. She is repeatedly shown deep in thought suggesting that she is contemplating how to protect Tommy or perhaps even avenge Nidge’s attack on him. The boy who we see in the first scene, already a cold-hearted killer, has joined forces with Lizzie, the dissident Republican gunwoman who killed Darren, and their sole mission is now to kill Nidge.

Despite these threats Nidge emerges unscathed at the end of the last episode. Just at the point when the police are about to catch the whole gang bringing in illegal material, having surveilled them over the course of the series, Tommy passes out, with blood quickly dripping from his ears and mouth. The head of the investigation faces a choice: wait just a few more minutes until the incriminating shipping container comes in and run the risk of Tommy dying, or ruin years of investigative work by calling an ambulance and thus alerting the whole gang to their presence. He chooses the latter, having built up sympathy for Tommy and his wife. This tough moral decision leads to Nidge and his entire gang getting off after arrest without charges. At the end of a series in which it seemed every force in the show was conspiring against Nidge, he emerges triumphant and suffers no punishment for his many crimes. Walking away together, free men despite all the murders and extreme forms of violence they have committed, Nidge says to Fran ‘If I hadn’t used Tommy I’d be inside now’. Nodding back ironically to the theme suggested by ‘Turn, Turn, Turn’ at the beginning of the series, Fran says “The universe, Nidgey, the universe.”

Over the course of the fourth series, distance emerges between Nidge and Trish, his wife. She spends her days blowing his ill-gotten gains on clothes and pampering and she indulges him despite his bad behaviour. This forgiving and submissive approach only seems to make him more distant. At the same time he is getting closer to Janet, the brothel keeper he works with. Nidge’s amorality is exposed to Janet when two of the women working in the brothel die from a heroin overdose: he insists they leave the bodies to rot in an apartment rather than alert anyone and risk police attention. After Nidge reveals his moral character, Janet’s warmth towards him disappears. In a final moment of intimacy Janet reveals that her sister died when they were teenagers. The deaths of the girls has brought back these painful memories for her but has disturbingly not effected Nidge at all. The next time we see her she appears cheery but emotionally removed, using the same tone of thinly veiled contempt she uses with the male customers. She gives Nidge a ‘present’ of a session with an Eastern European prostitute who has started working in the brothel. Nidge doesn’t seem entirely comfortable with the present but Janet insists. Her parting words are to instruct the woman that ‘he likes to kiss’. Nidge goes back to his wife that night and starts having rough and violent sex with her, waking her up. It is brief and when it is over, she simply turns over passively and goes back to sleep.

In the final scenes, a triumphant and free Nidge returns to the police station and urinates on their door while smiling and laughing at the security camera. Because he has now committed a crime, however minor, having just got out without a sentence for everything else, they have to take him in and arrest him. He walks down the corridor to the cell with a demonic smile on his face as the nihilistic anthem ‘Anarchy in the UK’ plays: ‘I am an Antichrist/I am an anarchist/Don’t know what I want but I know how to get it/I wanna destroy the passer by.’ In his cell, he beats his chest and screams, as if possessed, summoning and daring some force in the world, some power or authority greater than his own, to challenge him. And yet, there is something self-loathing in the triumphant scene, as he tears at his chest. Unpunished for his cruelty and transgression, the audience is left wondering in this final scene, what does Nidge want?

In The Culture of Narcissism, Christopher Lasch (1991) argued that deep social and cultural changes were taking place in Western society that expressed an individualistic and atomised economic order and that this change could be understood in terms of a reported rise in narcissistic personality types and disorders. Lasch saw the culture of narcissism as the realisation of the Marquis de Sade’s vision of a nihilistic pleasure-centred individualistic society, which he viewed as the moral order most conducive to an increasingly cruel economic order.

Lasch describes the id-centred therapeutic sensibility of our age as one in which ‘sublimations strike the therapeutic sensibility as intolerably oppressive, offensive to the common sense and injurious to personal health and well being. To liberate humanity from such ideas of love and duty has become the mission of the post-Freudian therapies and particularly of their converts and popularisers, for whom mental health means the overthrow of inhibitions and the immediate gratification of every impulse (13). “The Manson murders’, wrote Simon Reynolds and Joy Press, ‘were the logical culmination of throwing off the shackles of conscience and consciousness, the grim flowering of the id’s voodoo energies’ (1996: 145).

The utter contempt that the characters have for humanity and recalls how narcissistic personalities, according to Kernberg  ‘are afraid of not belonging to the company of the great, rich and powerful and of belonging instead to the mediocre, by which they mean worthless and despicable rather than ‘average’ in the ordinary sense of the term’ (1975: 234).

Lasch wrote about the collapse of parental authority and the shift from a society of the Protestant work ethic in which the superego values of self-restraint were ascendant, to one in which more and more recognition was being given to the values of the id, the values of self-indulgence. In Love/Hate the parent characters are typically given little respect and often appear as passive, helpless to influence the lives their children have chosen. In series four, Nidge’s mother from whom he seems estranged, has a stroke. Despite his wife’s pleading he won’t go in to the hospital to visit her. In an attempt to exact revenge on another character, an increasingly unhinged Fran digs up the corpse of an enemy’s dead mother. Toward the end of the task Fran decides instead to urinate on the corpse and put the earth back down on top of her, not because he is plagued by guilt and disgust at what he has done, but simply because he has become bored by the task.

The two urination gestures of the series, Fran’s and later Nidge’s, can be read as a symbolic acting out of the triumph over this absent authority. Nidge’s urination is an absurd joke at the expense of the weak authority of the justice system that fails to restrain him. Many critics reviewing the series regarded the final scene as a senseless act without a motivation. Perhaps it is the transcendent purity of motiveless destruction celebrated by Raoul Vaneigem and the Situationists or Baudelaire’s oasis of horror in a desert of boredom. Or perhaps the authority being summoned and cursed in the final scene is the maternal. This series brings together the death of Nidge’s mother, the destruction of his marriage and his rejection by a lover. The way in which Janet rejects him is significant: rather than delivering the scolding he may have needed or wanted, she invites him to indulge his id even further. His increasingly passive wife does the same. Lasch argued that the flight from feeling and the loathing of the castrating mother were part of the same social condition. In an era characterised by weak parental authority, in which the id is encouraged to be free and unrestrained, the desire to be restrained and to be punished becomes unspeakable. Nidge is unable to achieve intimacy with these women and unable to satisfy his desire for his seemingly unstoppable id to be restrained. He constantly evades punishment and avoids authority regardless of how extreme his acts of violence and transgression become, no matter how he may invite this authority and punishment. In the end he must force the police to arrest him – a small gesture toward an unspeakable desire to be restrained from the unchallenged fulfilling of desire.