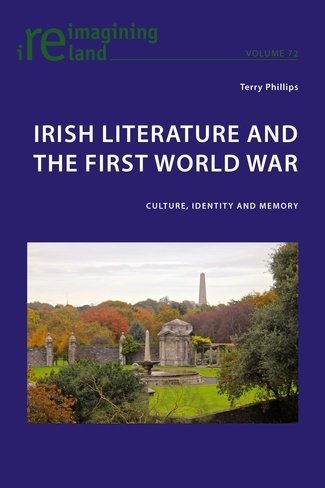 In any place, at any time, remembering war is a capricious exercise. In the context of Ireland’s relationship with the First World War over the last century, the particularities of the island’s history and politics have dictated what is celebrated and what is repressed at various points. Memory is not transmitted in a straight line through time. Rather, it is a malleable mediator between then and now, yesterday and today, past and present. Old fears and pain are stored differently than happiness in the mind. They are secreted away so time cannot work its healing powers. A tension emerges between the will to deny distress and the will to confront it openly. The private and public spheres of memory are also often disconnected and fragmented – memory can be personal as well as political. For every officially sanctioned state commemoration, there will be an enduring dissident version. Culture, identity and memory are inextricably intertwined and are informed not only by what is remembered but also by what is forgotten. In an instinctive reaction to trauma, certain elements are occluded, banished to a kind of no man’s land by deliberate but inevitably incomplete acts of deliberate forgetting. Terry Phillips’ anatomy of Irish writing on the 1914-1918 war does full justice to the complexities of this phenomenon, to the construction, evolution and reinvention of culture, identity and memory, and to the contradictions inherent therein.

Phillips emphasises the intricate positions adopted by writers in relation to the international conflict and to Irish debates about nationhood, which resist reduction to the simple binaries of unionist/pro-war and nationalist/anti-war. This is not a radical position but it is a fundamental starting point. Studies of the literature of the war are no longer restricted to the battlefield verses of “soldier-poets”, and there is a broad and generous medley of authors and genres throughout here. The question of selection for inclusion must have been influenced by Ireland’s fluid status within and outside the Empire, and by its own mutation into two distinct but closely related entities. Phillips’ subjects represent a variety of social, political, religious and cultural backgrounds, all with nuanced interpretations of the war. The sheer density of interconnections between Ireland and Britain (including some shared literary inheritances) was most powerfully expressed in the mass volunteering of Irishmen for service in the British army (a majority of whom were Catholic), for a variety of reasons. One link in the British-Irish chain was then further cemented on the western front, while another was simultaneously being sundered by the republican campaign for independence at home. Just as Irish identity and self-definition have never been fixed or one-dimensional issues, Irish writing about the war has never been not one-dimensional. Phillips points out, for instance, that “[t]he influence of a revived interest in Celtic mythology may, paradoxically, be seen in both radical nationalist writing and writing about the First World War” (2015: 4).

Phillips initially analyses poetry and prose written by combatant and non-combatant Irish writers during the conflict. He goes on to discuss the literature of the following decades, looking at how the conflict was remembered in the two parts of post-partition Ireland, both by individuals and collectively, and investigating the dynamic interrelationship between personal recollection and public memory. In conclusion, the author discusses contemporary literature about the war, which often examines family memory as well as collective memory, and explores its role in the chronicle of nationhood, both north and south of the border.

The extent of what the historian F.X. Martin originally termed the “national amnesia”[1] that southern Ireland experienced in the decades after the war may have been exaggerated but the fog did not truly lift until near the end of the century. To suggest that memory of the conflict was suppressed in the south but embraced or even usurped by northern unionists, aided and abetted by a complicit nationalist minority, is to overstate the case, however. In fact, Phillips demonstrates that what Irish writing generally, as well as British and American writing, increasingly expressed was disillusion. Early signals of discontent are present, for instance, in some of Patrick MacGill’s trench prose. A decade later, there was no ambiguity in Liam O’Flaherty’s confronting and dark Return of the Brute. Irish disenchantment was at least partly a product of the hangover from a revolution which failed to fulfil the hope that many held for it. The volume of literature produced was not extensive, including among unionists, even if the official memory of that tradition portrays the war as its finest hour. Not writing about the war is taken as another manifestation of war-weariness. A chapter is devoted to “Challenging Memory in Northern Ireland”. The Northern Irish poet who has grappled most extensively with the war is Michael Longley. His compositions reassert the centrality of family memory in the northern narrative and give voice to concerns which go unheeded in official Ulster memory and Irish collective memory in a wider sense. Frank McGuiness’s play, Observe the Sons of Ulster Marching Towards the Somme, reveals the effects of a domi¬nant collective memory on the individual, whereby heroism is trumpeted but horror goes unheeded. The final chapter, “Recovering Forgotten Memory”, features Jennifer Johnston, Sebastian Barry and Dermot Bolger. They too are concerned with the individual experience and suffering, and argue that this should take precedence over any ideological “ism” or national flag.

As a heavy burden of caution and nervousness now weighs on the shoulders of Irish government-sponsored “Decade of Centenaries” events, it is important to highlight the body of academic, literary and popular opinion that interprets the war, and Irish participation as absurd and futile, more a blood sacrifice than a noble sacrifice. While contemporary advocacy of pluralism is commendable, if the search for inclusivity revolves around the espousal of one-dimensional dichotomies or the elision of complex patterns of change in favour of unifying narratives and seamless storylines, scholars have a duty to refuse alignment and reject collusion with orthodoxies and rigidities, and to express and reflect the realities of ambiguity and ambivalence – in short, to complicate things. There has always been a cohort of Irish writers, from Eva Gore-Booth and George Bernard Shaw, to Harry Midgley, Eimar O’Duffy and Liam O’Flaherty, up to the latest generation, however self-conscious they have been about memory, who have asked the necessary awkward questions. Phillips’ convincing conclusion is that it is the avoidance of simplification in the most meaningful literary responses to the war which accounts for our enduring interest in such writing.

A word also on Peter Lang’s Reimagining Ireland project – remarkably, Irish Literature and the First World War is volume 72 of this series. Reimagining Ireland sets itself the lofty goal of reappraising the notions of Ireland and “Irishness”. It “interrogates Ireland’s past and present and suggests possibilities for the future by looking at Ireland’s literature, culture and history and subjecting them to the most up-to-date critical appraisals”. Phillips’ work certainly lives up to this billing.