by Wolfgang Wicht. This text may be archived and redistributed both in electronic form and in hard copy, provided that the author and journal are properly cited and no fee is charged for access. 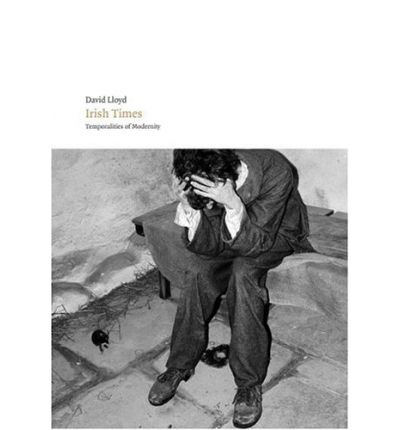 Midway through his new book, Lloyd quotes from Adorno and Horkheimer’sDialectic of Enlightenment (New York, 1972), as follows: «Only the conscious horror of destruction creates the right relationship with the dead: unity with them because we, like them, are the victims of the same condition and the same disappointed hope» (71-72). This comment on the casualties of history can be read as a summary of Lloyd’s own persuasive discussion of the Irish Famine and the wider scope of colonial Irish indigence, misery and terror in the economic and political contexts of enclosure, dispossession and eviction. Historical investigation continually turns into present-day political deliberation. As Lloyd has it, «the work of history is not merely to contemplate destruction, but to track through the ruins of progress the defiles that connect the openings of the past to those of the present. For the dead are the contemporaries of every unfinished struggle against domination» (71). In other words, in order to «ground a different mode of historicization» (29), he resolutely contends that the historian must splice together the scholarly study of past oppression and the notion of present-day political and social intervention.

David Lloyd, Professor of English at the University of Southern California, has written a number of books that examine the interrelations between history, culture, politics and the state. Irish Times collects six essays, which were, with the exception of the paper on Joyce, previously published elsewhere in 2003 and 2005. The initial three chapters, «Overture: Ruins/Runes,» «Colonial Trauma/Postcolonial Recovery? Mourning the Irish Famine» and «The Indigent Sublime: Spectres of Irish Hunger,» re-examine agrarian production and life in Irish history, focussing on the extreme impoverishment and repression of the rural population in general and the outstanding case of the Great Famine in particular. Lloyd’s representation of this traumatic event in Irish memory goes against the grain of «revisionist histories» (30), which have tended to see the Famine as a natural disaster or to make it the object of commemorative mourning. He convincingly shows how «that catastrophe» (30) was the effect of a distinctly colonial matrix of administrative, economic and circumstantial forces which were «suddenly deflected and disequilibrated» (30) by the blight. Referring to a number of eye-witness documents, he detects the traces of economic survival and subjective resistance in the midst of the brutality and humiliation of hunger and eviction. However, from these oral accounts of the Famine and the hopes associated with emigration Lloyd purports to find traces of a Messianic vision. This vision of creating «new communities of survival» (37) unfortunately gives rise to an essentialist notion that would have us believe that «the future emerges, changed, out of such catastrophes» (37). Despite this methodological short cut, Lloyd’s account of history as a continual process of transformation (one of his key terms) is perfectly adaptable to our own age of European and global capitalist modernity(another key term). Lloyd nurtures a Yeatsian indignation at the «monstrous violence» (7) of modern technologies and financial accumulation. For this reason, he is also extremely sceptical about the recent negative transformation of Irish capitalist modernization in the form of the Celtic Tiger.

In subsequent chapters, «The Medieval Sill: Postcolonial Temporalities in Joyce,» «Rethinking National Marxism: James Connolly and ‘Celtic Communism'» and «Ruination: Partition and the Expectation of Violence (On Allan deSouza’s Irish Photography),» Lloyd combines historiographic investigation with the discussion of particular literary, political and artistic appropriations of the Irish situation. In the Joyce essay, drawing on aspects of post-colonial theory, Lloyd establishes a conception of the medieval as a historical place of recalcitrance and antithesis which, as circumstances dictate, contains the seeds of the modern. The way he discusses the problematic relationships inherent in «the simultaneous coevality and incommensurability of the modern and the medieval» (74) and the acute paradoxes in the modern apprehension of the medieval is a perceptive contribution to post-colonial and cultural theory. But the commentary on Joyce has little to add to the wealth of critical reviews of the ‘political Joyce’, which have been published over the past 20 years or so. Notwithstanding the fresh light he sheds on a number of relevant details, his discussion of ‘medieval Joyce’ curiously ignores the erudition amassed in the collection Medieval Joyce, edited by Lucia Boldrini (Amsterdam-New York, 2002). At various points, Lloyd surprises us with eccentric novelties. One of his more spectacular conjectures is, for instance, «that the formal structure ofUlysses is one in which the medieval system of correspondences that regulate the relations among things becomes the most acute interpreter of modern colonial capitalism» (92).

Lloyd is at his best, perhaps, when he vigorously counters the postcolonial neglect of the political ideas and practical activities of James Connolly. Emphasizing the Irish Marxist’s notion to integrate the socialist with the nationalist struggle, Lloyd cogently examines Connolly’s concept of Celtic communism in the contexts of colonial rule, the ideology of Irish nationalism and the international working-class movement. Lloyd’s essay might be seen as a pioneering attempt to reconsider Irish labour history, and Irish radicalism in particular. As the author himself implies, it makes desirable further studies in this field, both analytical and theoretical. This need is, in fact, affirmed by Lloyd’s exciting discussion, and reproduction, of the apocalyptic photographs taken by Allan deSouza of the northwest of Ireland.

Lloyd’s book is a remarkable instance of counter-hegemonic argumentation. It persuasively argues that the singularity of the Irish is not least determined by «an uncanny persistence of a medieval formation in the midst of modernity» (100). But concomitantly, the argument is curbed by its mechanistic ideological design. The author’s helpless rage at the «most extreme ever concentration of wealth in the hands of the global élites» (101) leads him to accentuate the traces of historical disobedience and obstinacy, from which we are summoned in turn to learn our own lessons. Lloyd asserts (incorrectly) that the awareness of the «unfinished struggle against domination» (71), which is also inherent in Irish nationalism, must inspire people «to deploy a selected and canonized version of the past in the service of the political and social projects» (64) of anti-capitalist alternatives. It is, however, deceptive to believe that past desire persists «into the present with some differential significance» (3). Any conception that extrapolates promises of alternatives in the present from social aspirations from the past enters the realm of abstraction, detached from social practice itself.