by Celestino Deleyto. This text may be archived and redistributed both in electronic form and in hard copy, provided that the author and journal are properly cited and no fee is charged for access. 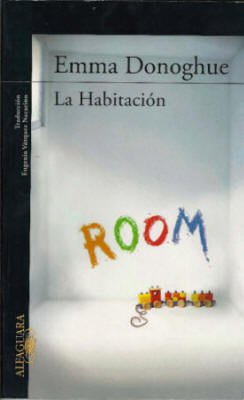 Emma Donoghue has always considered herself a lesbian Irish writer (in Moloney and Thompson, 2003: 177, 179). An extremely prolific author and winner of numerous awards, her work includes drama, radio plays and literary history, although she is best known as a novelist and short story writer. Her novels do not exclusively deal with lesbian issues and characters. Nevertheless, they tend to follow Donoghue’s life wanderings through different nations. Some of them are set in her native contemporary Dublin, others, particularly her historical narratives, investigate London life in the eighteenth and nineteenth centuries, together with the British class system. Her last novel so far, Room (2010), which became an international bestseller, reflects her move to Canada. As she has confessed (179) it was love that led her to Canada, where she has been living for some years with her partner and children. However, the events narrated in this novel are international, and unfortunately too up to date, mirroring Donoghue’s nature of a border-crossing and transnational creator.

Room tells the story of a five-year-old boy who has lived his whole life inside a shed in a back garden with his young mother, who is being kept captive by a middle-aged man. The narrative voice is that of the boy, Jack, whose grasp of the world is both severely limited by his lifelong entrapment and extremely rich and exciting, as well as touching and funny. Donoghue creates a personal linguistic idiom for the narrator, which wonderfully facilitates the reader’s understanding of the boy’s world and, as the narrative progresses, allows increasing identification with his predicament and his unpolluted views of identity, human relationships and even current affairs. One of the greatest merits of this novel is that it offers the reader two simultaneous perspectives, that of the child, and a more detached one from which we learn to appreciate the vulnerability of his position and, in small doses, the fears, traumas, hopes and courage of his mother. Once the two escape, half-way through the narrative, our familiarity with the child’s perspective and sense of self-identity enriches our appreciation of the difficulties, absurd situations and rapid learning process that he undergoes in the outside world. One of the greatest pleasures in the second half of the book is to see the two universes coming gradually together and how Jack’s identity evolves as his grasp of the world radically changes.

Eugenia Vázquez Nacarino’s Spanish translation manages, for the most part, to get across the novel’s singular world. Since Jack’s personal universe is conveyed largely through his “special” use of the English language, his often logical but incorrect grammar, his propensity to invent words or join them together, and, especially, his anthropomorphisation of all the significant objects around him, the most crucial and difficult job of the translator is to render these in a different language, in this case Spanish. Vázquez Nacarino does this well, succeeding, for example, in adapting the concision with which the boy expresses himself to a language like Spanish in which such concision is not as easy as in English. Jack’s Spanish is generally believable, funny and atypical—just as it should be. There are inevitably problems with the frequent titles and fragments of children’s songs, rhymes and books, as well as with television programmes. The translator adopts a flexible approach here, doing her best to translate some, leaving others in the original and providing the occasional translator’s note when some explanation appears to be necessary that cannot be conveyed through the translation. For instance, Old Nick, their captor, is translated as “el Viejo Nick”, which in Spanish is just a name and is not one of the names for the Devil, as it is in English, so Vázquez provides a brief and simple note to add the connotation that she, reasonably, thinks is important to understand the characters.

The main problem in the translation comes, predictably, with Jack’s naming of the objects around him, which are, for him, characters in the unusual narrative of his life. So, he does not live in a room, where there is a table, a mirror, a bed, a plant, a TV, a pen, and so on. These for him are individuals called Table, Mirror, Bed, Plant, TV, and Pen. The novel’s title itself adopts the child’s way of naming and is called Room. We can already infer from the title of the translation—La Habitación—that the approach is going to be different: here Jack’s expression of the world around him is conveyed by the name of the objects with a capital letter but preceded by the definite article: la Habitación, la Mesa, el Espejo, etc. It was probably felt that to turn them fully into proper names (Habitación, Mesa, Espejo) would not be idiomatic and would not sound well in Spanish, or maybe it was the marketing necessity to keep the article in the novel’s title that directed the decision. In any case, this choice impoverishes the rendition of Jack’s idiosyncratic world since, after all, there is no spoken exceptionality in the capital letter if the article is kept. In the Spanish translation, Jack refers to the objects in his world like any other child. Incidentally, one exception is “Penis” (referring to Jack’s sexual organ), which is inexplicably translated as “Pene”, rather than “el Pene”. Another important event in Jack’s routine is the Sunday Treat, the little extras that he and Mum request from Old Nick together along the “shopping list”. This is translated here as “el Gusto del Domingo”, which does not sound like anything at all in Spanish and suggests that Jack has invented the expression (as he invents many others). Other awkward moments like when Ma finds the “ten-story skyscraper” funny because it is a building made of ten children’s books (ten children’s stories), which is translated as “Qué edificio tan edificante” (p. 30), can be counted as those occasions when one does not envy the job of the translator.

In general, however, Vázquez Nacarino does a very good job of turning into Spanish a deceptively simple novel and manages to keep the inventiveness, the excitement, and the unspoken or barely spoken drama of the original. When, for example, Jack manages to bring forward plan B and escapes from Old Nick pretending to be dead and is rescued by a man walking his dog and later by the police, the vertiginous rhythm of the original until Mum is safely sitting next to her son in the police car is beautifully conveyed in the translation, as are most of the funny moments in a novel which, like many of the best comedies, approaches traumatic experiences with a very light touch. On the basis of Room, Emma Donoghue is certainly a novelist to be discovered by the Spanish public and this translation will contribute powerfully to bringing her art to visibility in our country.