by Louise Sheridan. This text may be archived and redistributed both in electronic form and in hard copy, provided that the author and journal are properly cited and no fee is charged for access. 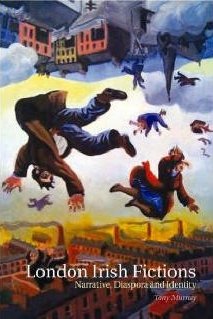 In today’s global economic crisis, and with the collapse of Ireland’s Celtic Tiger economy, emigration has once more become a major part of Irish daily life. This is reflected in public, social, and cultural discourses that abound about Ireland’s exiles. Works that explore Irish diasporic experiences have become a familiar feature of contemporary Irish literature, with recent publications from authors such as Edna O’Brien, Sebastian Barry, Colum McCann and Colm Tóibín. Interestingly, while public discourse focuses on today’s migration, much of the literary work produced in the last decade has taken twentieth-century migration as its subject; arguably because post-war migration remains largely under-explored in literature, and under-researched in academic circles. While excellent work on Irish migration has been carried out both in the humanities and social sciences, most notably by Mary J. Hickman, Bronwen Walter, Breda Gray, Liam Harte, and Shaun Richards, there remains a lacuna of knowledge about the lives of Irish men and women who migrated to Britain in the post-war years. Tony Murray addresses this absence of scholarly work on the Irish in Britain, specifically on the Irish in London, in his nuanced and insightful work: London Irish Fictions.

London Irish Fictions explores a range of autobiographical and fictional works to consider some of the ways in which the post-war London Irish have represented their own subject-positions and experiences as Irish people in London. An aim of the work is not only to address a deficit of knowledge on such experiences, but also to reveal alternative discourses from negative portrayals of the Irish that appeared in British media since the war. Murray has undertaken a depth of research to complete this work, and his analysis of the twenty-eight texts explored is nuanced and insightful. The reader may experience a slight disappointment in that the sheer number of texts covered does not allow for a deeper exploration of them; however, that was not the author’s aim in creating the collection.

Murray uses Avtar Brah’s trope of “diaspora space”: a space “inhabited” not only by those who have migrated and their descendants but equally by those who are constructed and represented as indigenous (Murray 2012: 181), to explore the ways in which the chosen authors compare migrant experiences formed by interactions or “entanglement” of genealogies of dispersion with those of “staying put” (Brah 1996: 242). He refigures Brah’s concept to explore how migrant identities are configured within and across what he coins as the “narrative diaspora space” (Murray 2012: 189).  In these narratives, we learn, the Irish diasporic experience is shaped by interactions between the migrant and those who are considered indigenous to Britain, but also, crucially, by interactions with those who stay behind in Ireland.  Irish interactions with diasporants of other ethnicities is also a formative part of life in diaspora.

Part 1 of the book considers representations of Irish migration to London in the 1940s and 1950s; a key subject explored is that of the tension between migration as escape, and as exile for the Irish migrant. Here Murray acknowledges the implications of gender, class and subject positioning in both the old and new country, that results in a heterogeneous, rather than fixed, experience for Irish migrants. “Navvy Narratives” looks at two novels: John B. Keane’s The Contractor (1994) and Timothy O’Grady and Steve Pyke’s I Could Read the Sky (1997) as examples of exile narratives and stories of social isolation and destitution. A discussion of the influence of Celtic mythology on migrant literature is a particularly enlightening focus of this chapter. The work of well-known authors Edna O’Brien and John McGahern are also covered in part 1. In an analysis of Girls in their Married Bliss (1964) andCasualties of Peace (1966) Murray suggests that while much scholarly work on O’Brien’s writing has been carried out, the diasporic dimension of her work has been neglected. While this may be true, it is worth noting that in recent years some scholarly work on O’Brien as a diasporic writer has certainly begun.

Part 2 looks at narratives of the “Ryanair Generation”; those who left Ireland in the severe recession of the 1970s and 1980s. The term “Ryanair Generation” alludes to the fact that Irish migrants to Britain could travel by air at discount prices which brought about, for some, a new ease of access between Ireland and England. However, as Murray goes on to show, while travel between Ireland and Britain may have been easier, literary texts by authors such as Joseph O’Connor and Sara Berkeley demonstrate that the psychological consequences of migration are no less complex for these migrants than for the generation gone before.

The experiences of the second generation, those children born in England to Irish parents, is the study of the final part of London Irish Fictions. As a second-generation Irishman himself, Murray demonstrates a keen empathy with the experiences narrated here, whilst also recognising the many differences in experience. He identifies the common ethnic background that is made apparent in these tales of growing up in an Irish family in London, revealed in similar experiences of school, holidays, religious ritual and family traditions, and the ambivalence, or feeling of in-betweenness revealed by second generation authors such as John Walsh and John Bird.

London Irish Fictions is the first book that looks at literature of the Irish in London, and makes a valuable contribution to Irish diaspora studies more generally. Murray’s analysis of the role of narrative in shaping diasporic identities is masterly, and sheds new light on representations of exile, escape and belonging in the diasporic experience.  A highly enjoyable and recommended read.