by Michael A. Moir, Jr.. This text may be archived and redistributed both in electronic form and in hard copy, provided that the author and journal are properly cited and no fee is charged for access. 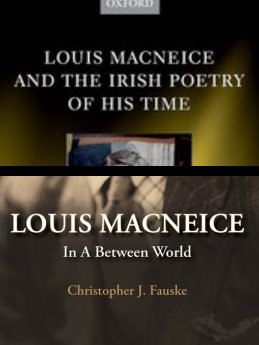 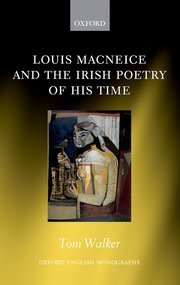 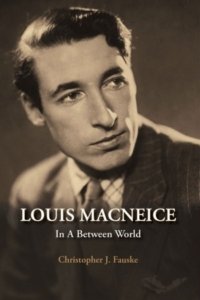 Recent years have seen a steady increase of the number of books, essays, and journal articles published about the Northern Irish poet Louis MacNeice, long regarded as a minor member of the Auden Group by all but a few stalwart supporters like Edna and Michael Longley, Derek Mahon, Terence Brown, and Peter McDonald. It should come as no surprise that MacNeice’s revival occurs at a time of great political and economic upheaval; of all the poets associated with the Left in the 1930s, MacNeice’s skeptical, sardonic voice was perhaps the most critical of both existing institutions and the possibility of revolutionary change. His complicated relationship with Ireland, the country of his birth, and his adopted homes in England and, briefly, America, is mirrored in the politics of the contemporary European Union and the debate over the United Kingdom’s inclusion in it. MacNeice’s “hybrid” identity as an Irish poet resident in England has been much discussed, though recent work has tended to place him primarily in an Irish context. The two works under review, both with much to recommend them, are part of this trend.

Christopher Fauske’s book is probably the more accessible of the two for a newcomer to MacNeice. The title, drawn from the early poem “Spring Sunshine,” highlights the liminality that is so much a part of MacNeice’s work, and the book aims to situate the poet in a series of biographical and historical contexts – his personal and family relationships, his studies at Marlborough and at Oxford, his work for the BBC during and after the Second World War – while stressing the environment of near-constant churn and upheaval in which MacNeice lived and worked. Fauske begins with a chapter on MacNeice’s poetic afterlife, charting his effect on others who knew him and some of the poets who came after him, like Anthony Thwaite, with whom MacNeice shared an office at the BBC, and Seamus Heaney, who tried to pin down MacNeice in his quincunx of poetically significant Irish castles. Throughout each chapter, Fauske relates MacNeice’s work to that of his contemporaries in England and in Ireland, demonstrating that he is a poet who belongs to both places and to neither. Fauske, who has written a biography of John Frederick MacNeice, the poet’s prominent clergyman father, returns here to examine Louis’ fraught relationship with his father and other family members.

The value of Fauske’s book lies in its attempt to synthesize MacNeice’s various contexts into a brief, readable literary biography, perhaps less detailed than Jon Stallworthy’s 1995 life of MacNeice but with closer attention to connections between life and work. There is little close-reading of individual poems here, but Fauske’s purpose does not seem to be to dissect individual lines so much as to provide a comprehensive picture of MacNeice as a poet and as a man, no easy task given the complicated and peripatetic life he led.

The task of contextualization that Tom Walker undertakes in Louis MacNeice and the Irish Poetry of His Time assumes more familiarity with MacNeice and with mid-20th century Irish literature than Fauske’s book. Walker’s primary purpose seems to be to challenge the once-pervasive notion that MacNeice was not particularly engaged with events in Ireland, apart from rugby matches, and that the rejection of Ireland voiced in the 1935 poem “Valediction” entailed a serious commitment to staying out of Irish business. In this engaging and well-researched book, Walker demonstrates that MacNeice was not only aware of and involved in the Irish literary scene of his own time through his friendships with W.R. Rogers, Sam Hanna Bell, and others, he also made use of much older Irish material. MacNeice’s use of the 11th-century Old Irish Immram Mael Duin as the basis for his radio play The Mad Islands is well-known, but Walker’s examination of MacNeice’s notebooks turns up references to the 9th-century Pangur Ban and Irish street songs.

Perhaps MacNeice’s most important connection to the world of Irish poetry is his admiration for W.B. Yeats, which was apparently mutual; Walker shows how much MacNeice respected the older poet (despite the rather flippant portrait of Yeats he paints in The Strings are False) and that Yeats regarded MacNeice as among the most promising of the rising generation of “radical” poets. MacNeice only wrote in a specifically Yeatsian idiom when he was trying to achieve a particular effect, as in poems like “Western Landscape” and “Neutrality” that Walker argues use imagery borrowed from Yeats to satirize the regionalism of John Hewitt and the provincialism of F.R. Higgins – both poets with whom MacNeice enjoyed cordial personal relations, even if he did not share their artistic predilections.

Two books on a poet once considered minor do not add up to a renaissance in MacNeice studies, but the slow but steady stream of excellent work being done on this poet once thought so difficult to place suggests that his reputation is still on the rise. The turnaround in MacNeice’s poetic fortunes is evidence of what can happen to a poet’s reception when liberated from a limiting context – in MacNeice’s case the left-leaning poets of the so-called Auden group, with whom he had relatively little in common apart from age and education – and examined through a different lens. These two studies can be added to David Fitzpatrick’s biography of MacNeice’s father (which attempts to dismantle the image of the father constructed by the son) and Edna Longley and Fran Brearton’s collection of essays from the MacNeice centenary conference in Belfast as important contributions to our understanding of a poet who has always been appreciated by poets; it’s just taken the academy some time to catch up.