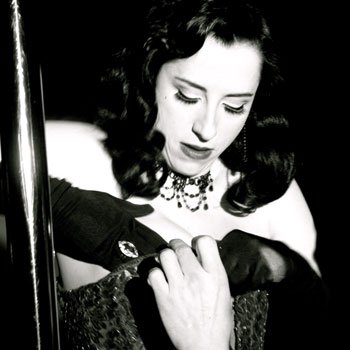 While the absence of a live-action feature from the Dublin Critics’ Circle “Irish films of 2009”1 was a telling comment on the quality of Irish fiction features that were released last year, the situation was considerably better for feature documentaries; notably Joel Conroy’sWaveriders and Alan Gilsenan’s The Yellow Bittern: The Life and Times of Liam Clancy (both of which are discussed elsewhere in this year’s review). Alongside these, a number of other documentaries did well on the international festival circuit: Ken Wardrop’s His and Hers receiving Sundance’s World Cinema Cinematography Award for documentary and Ross McDonnell and Carter Gunn’s Colony winning the First Appearance Award at the International Documentary Film Festival in Amsterdam.

Vittoria Colonna’s Identities should be counted among the year’s considerable documentary achievements. The film offers insightful glimpses into the lives of five transgender people living in Ireland. A sequence of the film focusing on one of these individuals received the Irish Council for Civil Liberties (ICCL) Human Rights Film Award in June, and the full film won the documentary award at the Gaze Film Festival in Dublin in August.

The film begins with an epigraph from Oscar Wilde’s The Critic as Artist: “Man is least himself when he talks in his own person. Give him a mask and he will tell you the truth.” Although quoting a queer Irish author discussing the revelatory power of artifice seems particularly appropriate to a film that will explore sexual and gender identity partly through performance, it is striking that as soon as the film begins, those uses of the generic “man” and the pronouns “he” and “him” are put into radical question. Because documentary conventionally operates not at the level of the generic but of the specific, Wilde’s “man” is subsequently represented by five individuals living in Ireland in 2008, whose life stories suggest the contingency of such terms. In five separate sequences of approximately fifteen-minute each,  these social actors engage in performance and allow the camera to observe aspects of their lives in order to reflect on the importance to them of sexuality and gender identity.

Each sequence consists of a performance piece shot in colour and a longer observational segment shot in black and white as the social actor engages in everyday activities. Because three of the social actors are also stage actors who perform drag acts, the performance pieces work best in these sequences, which are the first three we see. So, in the first sequence, Fabio Ferri poses alluringly framed against glass shards and crystal chandeliers as well as later in his drag-queen persona of Sibyl Vane (another Wilde reference or is it Nabokov?). In an chiaroscuro-lit pool, Leonid Dale Belino dances with goldfish bowls, before discussing the surgical procedures s/he has undergone to become a “pre-op” transsexual and his/her role in the introduction of Filipino ladyboy culture to Dublin in the form of a ladyboy beauty pageant. Shani Williams performs a rockabilly song in her personae of Slick O’ and Sade O’Saphhic and then explores the drag-king world with her partner and drag-king friends.

In both performances and observational segments, these sequences are largely exhibitionistic and celebratory. For these practiced performers, the format works well, and a strong sense of collaboration between filmmaker and social actors is apparent. The sense of almost seamless progression from artistic self-presentation into observational segment is explicit in Ferri’s sequence, in which the camera follows him from his performance set to the dressing room and he begins speaking to camera. Filmmaker and social actors worked on together on these performances, helping to build relationships of trust that allow for the intimacy of the observational segments. Colonna succeeds in establishing close bonds with the film’s social actors, but hers remains an outsider’s view. She does not appear directly on camera, but she is an interrogatory presence who occasionally asks questions and the social actors several times address comments back to her. She is most present in the film when Williams, dragging up as Slick, displays her “pack”  —  the prosthetic penis that forms part of the costume of the drag king  —  and invites Colonna to feel it in place, which she obligingly reaches out her hand from behind the camera to do. Although the film is not voyeuristic in its focus on the naked bodies of the social actors or details of surgical procedures some of them have undergone, it does show the performers moulding their bodies into desired shapes. Displaying his own upper body, Belino explains that ladyboys remain as pre-op transsexuals, choosing to have hormone therapy, breast implants and other procedures to make their bodies appear female but retaining their male genitalia.

Given how recently (1993) homosexuality has been decriminalized in Ireland, it is surprising the degree to which the foreign-born transgenders present the country as a place of sexual freedom. For Ferri  —  a gay Italian cross-dresser  —  and Belino  —  a Filipino transsexual  —  Ireland is the place where they have been able to most fully develop their identities. Ferri discusses the difficulties of coming out and discloses how in his youth he was raped by a man. That Ireland has become a refuge for him, however, need not reflect credit for great shifts in Irish attitudes or legislation. Like Irish people who escaped sexual repression in Ireland to discover a place for self-fashioning abroad, there is the sense that Ireland is that anonymous somewhere  —  anywhere  —  else that a person with a sexual preference or gender identity other than that of the majority needs to be themselves. Indeed, although the film shows that Ireland has become a destination for people of many ethnic affiliations and a variety of gender identities, this does not mean that the Irish have become a people especially tolerant of gender difference. This is made clear not only when, for instance, Williams and other drag kings comment on the possibility of being beaten up for looking different but also and more comprehensively in the stories told by the two Irish-born social actors  —  Lee Stella and Sean/Crystal Lesley.

Indeed, the Irish sequences do not manifest the largely celebratory tone of the preceding ones. The close consultation required between filmmaker and social actor by the performance pieces is most under strain in these final two sequences featuring Stella  —  a female to male transsexual who works as a taxi driver  —  and Lesley  —  a cross-dresser and author  —  neither of whom is used to performing his gender in the same explicit way as Ferri, Belino and Williams are. Stella’s sequence begins with him stripped to the waist training at night with a punching bag in a forest, the sense of performance heightened by setting, music and editing. Lesley’s sequence ends not with his performance but with his absence from the image track, on which the camera slowly zooms in on an empty chair, while on the soundtrack, he reads some of his own writings. Religious pronouncements on gender identity seems to preoccupy both Lesley  —  who mentions his correspondence with the Pope on transvestism  —  and Stella, who begins the observational segment of his sequence by asserting that “God doesn’t make mistakes” and that his birth as a woman had been necessary so that he could give life to his daughter, Siobhan.

While religion is a definitive presence in Lesley’s sequence, Stella’s focuses not on God but on his relationship with his daughter. Siobhan’s participation and her unequivocal support for her mother’s decision to change gender lend this sequence a particular autonomous coherence. It is not surprising that the filmmakers chose this sequence to compete for the ICCL prize (called My Identity, this film is viewable at http://vimeo.com/4849073). Nevertheless, it is also crucial to the impact of the full film as an exploration of gender identity in Ireland. Although the earlier sequences do locate themselves in Ireland  —  showing Belino working as a nurse or Williams’s Irish drag-king friends, for example  —  their focus on foreign-born individuals could be construed as suggesting that transgender identity is in some sense a recently imported phenomenon and that it is typically expressed in exuberant performance. These impressions are dispelled by Stella’s low-key performance of the ordinary Dublin taxi driver. This is seen in his declaration that he does not tolerate abuse from those who travel in his taxi, and Siobhan’s discussion of her courageous stand against school bullies who taunted her over her mother’s gender dysphoria. Stella does contribute artistic performance, not only during his opening boxing routine but also by playing guitar and singing songs that he has composed both for women he has desired and for Siobhan. However, the testosterone therapy that has helped him to escape from his hated female body and to look like the man he wishes to be has caused his voice to drop, and he regrets that he “can’t sing for nuts now.” Nevertheless, with a close and loving relationship with Siobhan, the film suggests that he has overcome the worst of the mental and physical anguish and is, like Ferri, Belino and Williams, content with his gender identity. The same cannot be said for Lesley, whose blatant vulnerabilities make his sequence the most uncomfortable viewing.

Although the film’s modular structure seems to confine the social actors to their own separate spheres  —  acknowledging perhaps the actual separation of differently gendered individuals  —  screenings of it have provided an occasion to think across these lines. At GAZE (Dublin’s Lesbian & Gay Film Festival), for example, the five social actors were warmly received when they appeared together on a question-and-answer panel.