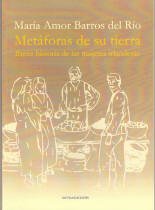 One of the great paradoxes in Irish history is that a nation which has been represented by feminine myths since ancient times has had its history written by men. As has been the case in most countries, the historical role of women has been silenced and what Amor Barros proposes in this book is to redress the balance and to rescue from oblivion the presence of women in this country’s evolution from the Celtic era to our postmodern times.

One of the assets of the book lies in its capacity of synthesis: as the title suggests, this is a “brief history”, and the author has compressed the plight of Irish women for more than two thousand years into no more than a hundred pages. It should be taken into account that her approach is an integral one, and the situation of women in each period is not treated as an isolated phenomenon but is fully contextualised, considering factors such as land, religion or colonialism.

The book is divided into eight main chapters, each dedicated to a particular historical period. After the introduction, the second chapter explains that in Celtic Ireland feminine figures closely connected to nature prevailed in the belief systems of the first inhabitants of the island. Historical records show, however, that it was a patriarchal society which diminished the position of women. The Celts considered women as “incomplete men” and their value depended on their husbands’ position in society. Although there was no presence of women in the public sphere, Amor Barros explains that Celtic laws respected women’s rights more than other societies of the same period.

From Norman Ireland, Amor Barros highlights the duality in the treatment of women, depending on whether they belonged to the group of Norman invaders, in which case they were less independent, or to the Celtic majority, among whom women had more freedom.

Chapter four deals with Ireland from the 14th to the 18th centuries. It was an increasingly militarised society in which women’s position was relegated to the private domain. Among the changes that took place from the 17th century onwards (English colonisation, anti-Catholic laws, introduction of the English Common Law) Amor Barros is alert to events which left an imprint on people’s imagination and affected their lives in an emotional way, such as the emergence of the Aisling, a poetical composition in which a crying woman waits for her rescuer beyond the seas, and which is now part of the collective memory of the Irish.

The author reveals that in the upper classes, women were relegated to their homes while in the lower classes they had a more active working role. In the 18th century, due to their access to the libraries of the “Big Houses”, some upper class women became writers, although using masculine pseudonyms. At the end of this century the only other options for women were emigration or joining a religious order.

Chapter five is probably the most complete section in the whole book, written with special attention to detail. Its focus is the 19th century when, according to Amor Barros, the foundations of the Irish Free State were built. She first describes the general situation of the country, and later on women’s specific problems. If the system known as “Familism” was the means to avoid the irruption of other people into one’s class, this meant that land was not divided among the offspring, but inherited by just one son. For women this had negative effects, as only one daughter in each family could marry because of the cost of the dowry.

When explaining the Irish famine and the starvation of the peasantry Amor Barros writes that women were the first to suffer lack of jobs; they lost their position as labourers in the fields and their social status decreased, because their possibilities of marriage diminished. In this chapter data are provided on the work of women in domestic service, in industry and in the fields, although according to the author, during the 19th century fewer Irish women worked outside the home. Other aspects that are dealt with are emigration, education and politics.

Frequent references are made throughout the book to the privileged position of the Catholic Church in the history of the country. In chapter six, which clarifies the situation of women during the Irish Free State, this influence was particularly relevant. According to Amor Barros, the new state of 1922 and the Catholic Church joined forces to limit women even more to the domestic sphere. Women were to be the transmitters of moral values within the family and their rights and sexuality were repressed.

Chapter seven analyses the consequences of De Valera’s 1937 Constitution, which emphasized the concept of “purity” as an ideal for the new nation. Women’s roles were reduced to child bearing and taking care of the family. Nevertheless, Amor Barros shows how many Irish women attempted to react against this patriarchal imposition.

The final chapter of the book briefly summarizes the changes in contemporary Ireland which have led to the abolition of restrictive laws, women’s widespread access to education and their increasing participation in the labour market.