by Martine Pelletier. This text may be archived and redistributed both in electronic form and in hard copy, provided that the author and journal are properly cited and no fee is charged for access. 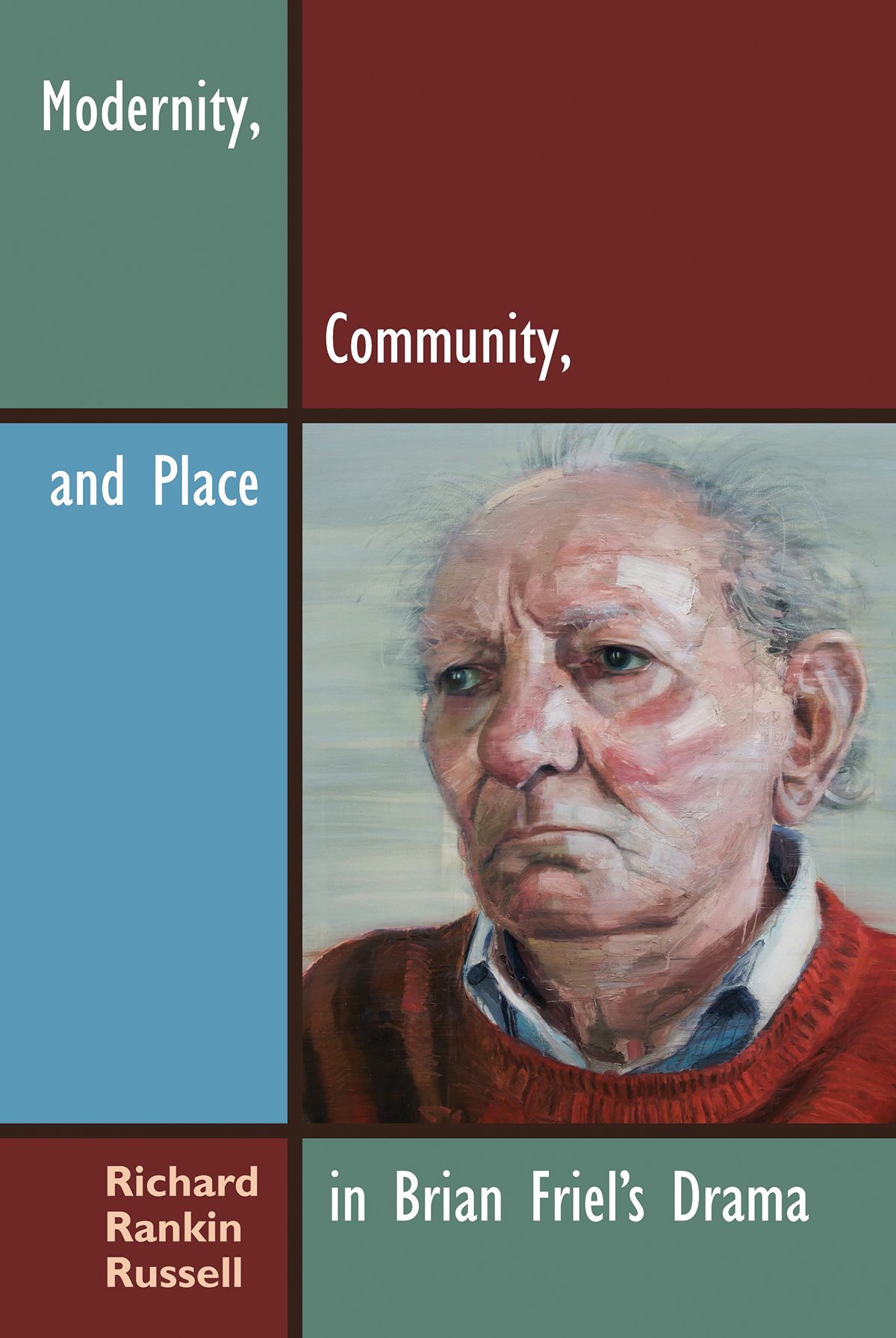 Richard Rankin Russell’s volume joins a distinguished and impressive list of monographs devoted to Brian Friel, whose status as Ireland’s most prominent twentieth century playwright is now established beyond dispute. Modernity, Community and place in Brian Friel’s Drama succeeds in breaking new critical ground and appears as a most timely and thorough engagement with its topics. Russell’s main strength is his decision to focus on a limited number of plays rather than seek to cover the entire oeuvre of the dramatist. By limiting the scope of the work in terms of the material examined, the author is able to delve deep into each of the plays he has chosen, offering careful and often illuminating detailed readings of Philadelphia, Here I Come!, The Freedom of the City, Faith Healer, Translations and Dancing at Lughnasa. The selection is largely unsurprising; the plays in question rank among the dramatist’s best-known, best-loved, most critically-acclaimed and often-produced works, with the possible exception of the more controversial The Freedom of the City. Russell thus chooses to deal with the canonical works, starting with Friel’s first major success in 1964 and ending with the play that earned him the most impressive international recognition in 1990.

The monograph deliberately takes its place among the growing body of critical writings engaging place and space in Irish studies, following in the wake of Gerry Smyth’s 2001 Space and the Irish Cultural Imagination and including, in the field of theatre studies, Helen Hausner Lojek’s The Spaces of Irish Drama (2011) and most recently Mapping Irish Theatre: Theories of Space and Place by Chris Morash and Shaun Richards (2013).

Russell argues in his introduction that Friel’s “complex theory of drama has evolved as it plumbs the depths of a series of physical and metaphorical places: literal rural landscapes; the cityscape of Derry; the built environment of particular edifices; and sites of the body, mind and human heart.” In his introduction Russell insists on place being grounded “not in stasis but in flux”, recognizing that flux is a central concept and motif in Friel’s drama, that flux is the essence of place. The playwright who, in 1970  said he hoped he could “write a play that would capture the peculiar spiritual, and indeed material, flux that this country is in at the moment” has consistently written of home as fluid and unattainable, often indeed as undesirable and flawed.  Those contradictory impulses run deep in his imagination.

But Russell is equally keen to engage with the other key concepts that feature in his title, namely community and modernity. If he borrows from ecocriticism and the phenomenology of place, using Gaston Bachelard and Edward Casey, his readings of modernity are also informed by the works of Nicholas Daly, Stephen Toulmin and, in an Irish context, Joe Cleary. It would be inaccurate to describe Friel as nostalgic, yet the study demonstrates how the playwright repeatedly harks back to the negative impact of what Russell calls a “reductive modernity” on Ireland’s rural culture whilst nonetheless recognizing the need for that culture to open up and attempt to “humanize modernity”.  Of particular interest are Russell’s analyses of the encounters with the industrial world and machines in the plays, whether it be the gramophone or the plane in Philadelphia, Here I Come!, the theodolite in Translations or the radio in Dancing at Lughnasa.

Community in Friel’s work, Russell argues, is either under threat from modernity or deeply flawed, yet the craving for moments of community or reconciliation remains a potent force, inviting the creation by various protagonists of imagined or alternative communities, and ultimately the participation of the theatre audience in the formation of a temporary community at the invitation of the playwright.

In the first chapter devoted to Philadelphia, Here I Come!, Russell shows how the central character of Gar is seduced by a stereotypical urban American culture.  In spite of his eagerness to exile himself from a disabling rural Irish culture, Gar will find it impossible to embrace his new life in the land of modernity and opportunity, becoming trapped in a disabling nostalgia for the communal life and small place he felt he needed to leave behind.

The second chapter, entitled “The imagined ghostly community of The Freedom of the City” is the only one to focus on an urban environment as the play is located in Derry and is strongly evocative of the tragic events of Bloody Sunday. It functions, as the author suggests, “as an extended meditation on place and displacement within and outside of Derry”. Using Derrida’s concept of hauntology, Russell analyses the constitution in the Guldhall of a fragile and temporary community of the three main characters who are doomed to become the fall victims of the twin abstract forces of Irish tradition (the Church, the balladeer) and modernity/rationalism embodied by the judge, the photographer, the various experts.

In the analysis of Faith Healer, the emphasis is on ritual and performative space. Russell argues for a positive reading of the tragic death of Frank Hardy which goes largely against the grain of most Friel criticism.  The connection between Frank and his killers generates a community of sorts and the embracing of ritual is, the author suggests, a critique of modernity and a recognition of the power of a need shared across the communities in Northern Ireland. Whilst not always fully persuasive, such a reading is a welcome challenge to more traditional interpretations of Frank as chiefly a figure of the artist or shaman.

With Translations, the focus shifts towards modernity, and the subtitle “lamenting and accepting modernity” captures the ambivalence at the heart of the play and of its interpretations. As Baile Beag is about to become Ballybeg, the fragile community of the hedge school comes under pressure from within and without, Ireland’s rural culture falling victim to the modernizing, industrializing imperatives of both England” and O’Connell.   Russell’s reading of the hedge-school community may occasionally sound overly positive, just as his reading of the love scene as offering genuine hope of reconciliation suggests a whiff of wishful thinking, but his interpretations force useful reassessments of the potentialities of the text and of performance.

The final chapter devoted to Dancing at Lughnasa, that “most emplaced of all Friel’s dramas” brings the study to a close with a discussion of cultural change, the power of memory and the love of place in a play that resonates so strongly with Friel’s own family history.

Russell concludes that “What persists is the community Friel has created with us, his readers and audience members.” If some of his readings remain open to discussion or fail to fully convince, Russell’s own thoughtful, sensitive and well-informed engagement with the plays and the critical material on Friel through his chosen focus on modernity, community and place is always thought-provoking and often illuminating. The real or imagined community of readers and scholars of Friel’s work will undoubtedly feel “at ease, if not always at home”, in Russell’s study, as he teases out the complex and often contradictory narratives of home and exile, cultural change, communal adaptation or dislocation which lie at the heart of Brian Friel’s drama.