by Isabelle le Corff. This text may be archived and redistributed both in electronic form and in hard copy, provided that the author and journal are properly cited and no fee is charged for access. 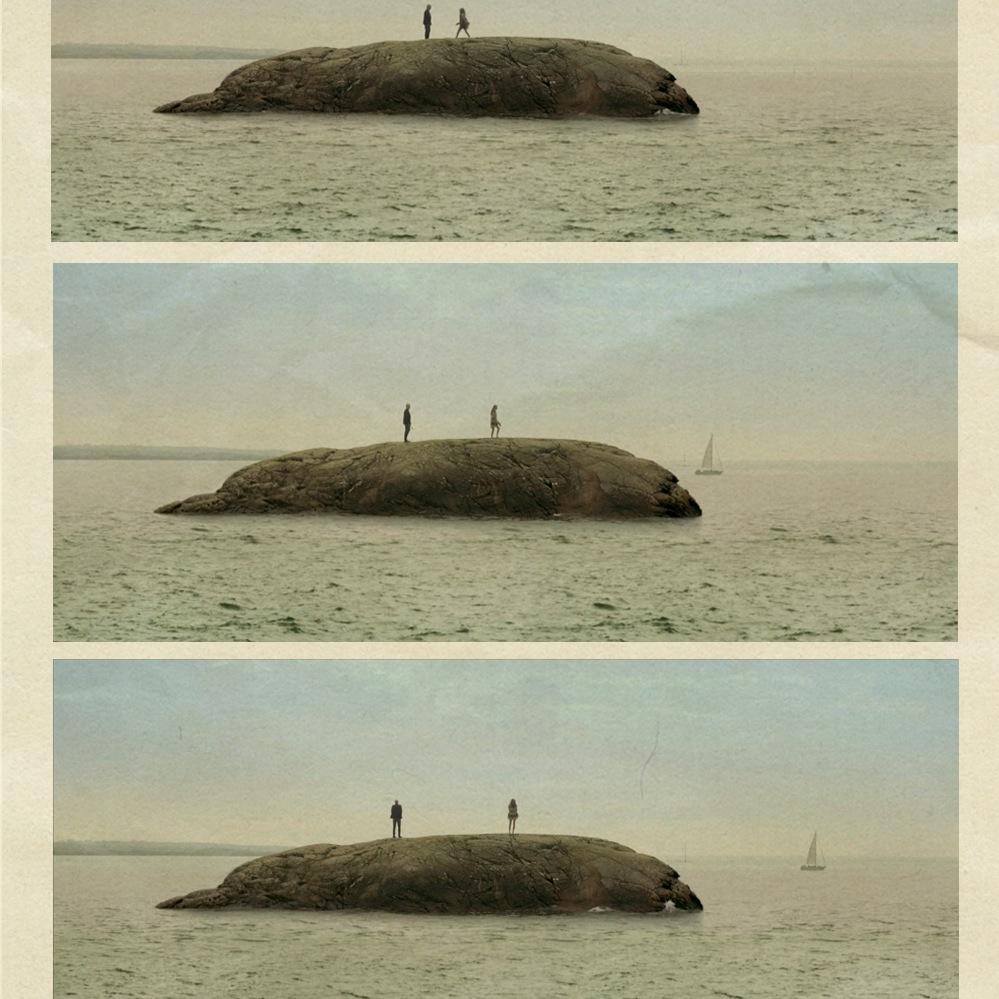 My Bonnie is the directorial debut of Hannah Quinn, a member of the talented Quinn family which includes her film-making father Bob and brother Robert, and who has worked for over 20 years as an assistant director on numerous film productions. The story was adapted from the Tiny Play Sanctuary written by Liz Quinn and first performed by Fishamble Theatre Company in 2012. As a reminder of Bob Quinn’s films, it is made entirely by a west of Ireland crew and set very deliberately in Conamara.

Shot on location by gifted Irish cinematographer Tim Fleming (Once, As if I’m not there, Gold, the film opens on a peaceful blue seascape. A pan to the left reveals the slim figure of a woman sitting on a rock facing the rising sun. In the next shot, Sadie (Liz Quinn) is seen in mid-shot, humming the old ballad “My Bonnie Lies over the Ocean”. The discontinuity of the shots, the contrast between the first open, unobtrusive composition and the following close-shot raises the question of the right distance from which to look. On the last note the woman rattles some pebbles in her hands, making a sound like applause.  Her imagined audience – we – are thus made complicit in Sadie’s triumph, as she gets excited, acknowledging our demand for an encore.

A wide shot immediately reminds us that Sadie is perfectly alone on the beach and giving free rein to her imagination. The spectator is consequently made intrusive in the same way as a second character, who appears at the extreme left-hand corner of the long shot, just as she twirls and collapses ungracefully into the shallow water. The man has witnessed her moment of embarrassment. She is outraged and storms away.

At this stage the spectator may believe that the meeting between the two characters is fortuitous, but the connection between them increasingly becomes transparent. The eye-level shot on the couple climbing the rocks, Sadie trying to get away and Dan (Tom Sullivan) attempting to reach her, epitomizes their conflicting relationship. As we are gradually made aware of their familiarity, the couple appears to be trapped on a rock that resembles a whale at high tide. Without any possible escape, they have to confront the distance that has grown between them. Dan is appeasing but she is obdurate. Every exchange between the two suggests failure. “There’s plenty of space on this beach you know”, she tells him, and he obstinately replies, “I know, it’s great”; “You’re never more than six feet from a rat”, he says, “You don’t say”,  she ironically answers. He offers breakfast; she refuses, screams that she “hates fucking black pudding”, something he had obviously never realized in all the years he has lived with her.  She intends to leave him. As they keep arguing, several long shots reveal the two characters, sometimes close and sometimes far from each other on the majestic Carraig Leathan rock. But either way, they are surrounded by water, and they cannot run away from each other. She denies she is “the rat deserting the sinking ship”, the rock is steady and “he will be fine”. As the day passes, they gradually dig up warmer memories – as through the device of an underwater shot.  When at sunset they admit their relationship with each other, the statements “I hate you” “I hate you too” clearly mean that, despite all, they are still inextricably and lovingly involved.

That catharsis is a lot to attempt in a short film but My Bonnie succeeds in achieving it. The use of a spectacular location (Carraroe, Conamara) perfectly fits with the storyline, and music by the Americana folk duo “Hidden Highways”1 beautifully concludes the narrative. The difficulty of the couple on the rock to be together or split, find the right distance, epitomizes every human relationship, and may well symbolize Northern Ireland and Eire in their struggle to love and hate each other or be fine separately together.

The film was premiered at the Newport Beach film festival, California in April 2015, where it won the honour of “Outstanding Achievement in Filmmaking”. It then won the “Donal Gilligan award for Best Cinematography” at the Galway Film Fleadh and “Best Irish Narrative Short”. It has screened successfully at numerous international film festivals since.